Anil Ambani's Reliance Comm wants to be a GSM player now. Will he succeed? 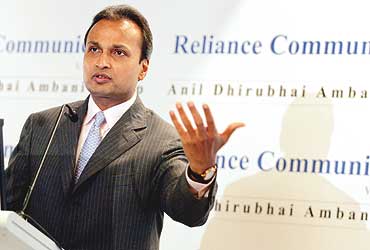 Now a leader in the CDMA mobile technology segment, Reliance Communications, the holding firm for Anil's telecom forays, sought approval from the DoT to provide GSM services in two of the largest markets in India—Delhi and Mumbai. (Globally, CDMA and GSM are competing technologies providing similar mobile services.) It sent a shockwave through the industry as, apart from a Chinese operator, China Unicom, and our state-owned BSNL, no one offers both technologies in a serious and profitable way.

So, why has Anil chosen to tread this path? Before answering that question, it'll be good to know that Reliance does offer GSM services in eight circles, in states like West Bengal, MP, Orissa, Bihar, Assam and also Calcutta, with a combined subscriber base of 2.16 million. Compared to its CDMA base in May '06 of 19.6 million (7.3 per cent of the global CDMA figure), the GSM operations seem minuscule. But one way it can become a national GSM player is by storming the lucrative Delhi and Mumbai markets.