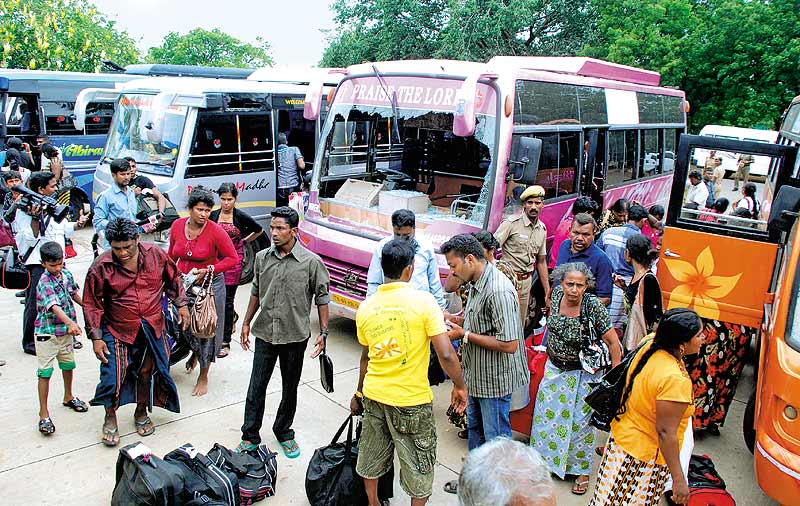 The Road To Antipathy

Panic-stricken Sri Lankan pilgrims huddled in a convoy of buses with broken window panes and smashed windshields while being rushed to the Tiruchi airport in Tamil Nadu under heavy police security as they flee India—it’s hardly a picture to promote good neighbourly relations and strengthen the credentials of the world’s largest democracy.

In what was a harrowing experience for the 180 Sri Lankan visitors on a pilgrimage to Christian shrines in Tamil Nadu, their buses were attacked by stone-throwing protesters at Kattur on September 4 while they were returning from Velankanni, the site of a popular Christian shrine. The protesters, from the small Tamil political outfits Naam Tamizhar Iyakkam and Viduthalai Chiruthaigal Katchi, were angry at the plight of the Tamil minority in Sri Lanka. But, ironically, among those at the receiving end of their ire were people from the very community with whom they show solidarity—several pilgrims were Sri Lankan Tamils. A day before, at the Poondi Matha shrine near Thanjavur, the visitors had faced another group of angry protesters who demanded their...