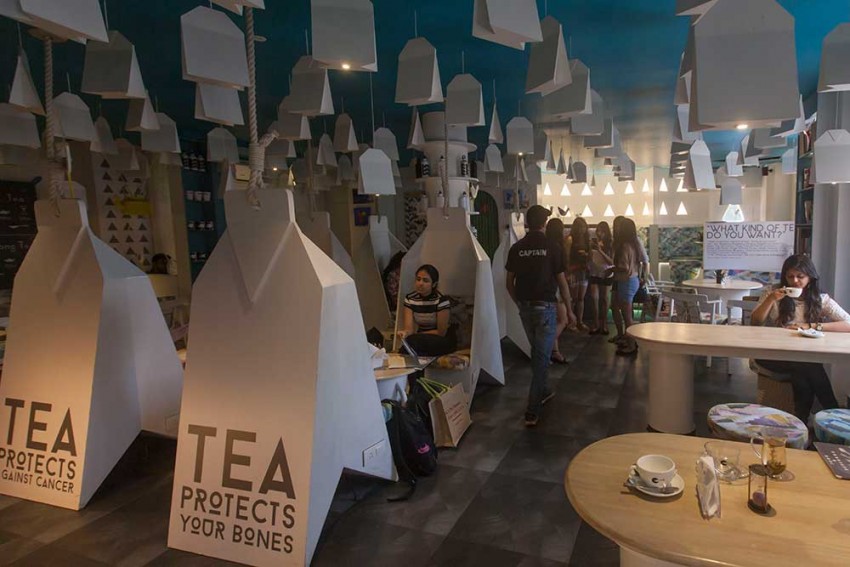 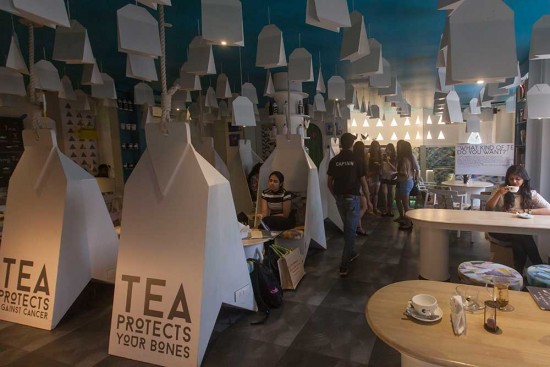 On an afternoon drenched by monsoon showers, opposite Dariya Mahal, last one standing of the original ‘Seven Bungalows’ of Ver­s­ova, youngsters are sipping, appropriately for the Mumbai-in-the-rain mood, hot, hot chai. Milky but well-brewed, it’s the special at Tea Villa Cafe. In the month since the cafe has opened, it has been running full house. On weekend nights, waiting time can go up to an hour. Des­pite up-and-running neighbours like Bru Cafe, Barista and Chaicoffi, the new chai bar seems to have found a cozy niche.

It’s not the only one. Over the last three or four years, in metros like Mumbai and Delhi and other cities, the tinkle of china and glass is mingling with conversation in a number of cafes offering a wide trayful of teas in a fascinating palette of aromas and flavours. Here, perhaps, is a sign: an outlet of Tea Villa Cafe is replacing a Costa Coffee in Chembur. Desi chai—the kind the roadside chaiwala boils till there’s a tsunami in the pan, chucks in ginger and cardamom, lavishes it with sugar and milk and pours out into waiting glasses—was never available in cafes, plush restaurants or even corporate offices. But it’s clearly something the Indian, whether in mood argumentative or romantic, cannot do without and would like to have not just at the roadside stand.

“Chai is in our DNA. We have a consumption ratio of 30:1 when it comes to tea and coffee. But less than 100 places serve fresh, hygienic desi chai, as opp­osed to 2,000-2,500 coffee outlets,” says Raghav Verma, co-founder of Chaayos, which started as an experiment but has quickly expanded to 27 outlets in Delhi and Mumbai in less than four years. Verma says they now break even operationally within couple of months of opening a new outlet. It is not only catering to youngsters but also to grown-ups; then there are business meets and corporate bulk bookings. Chaayos tries to create a cafe atmosphere, but its mainstay is the decades-old menu of chai, bun-maska, samosas. Also on the card are the post-1980s Maggi and Maggi sandwich. 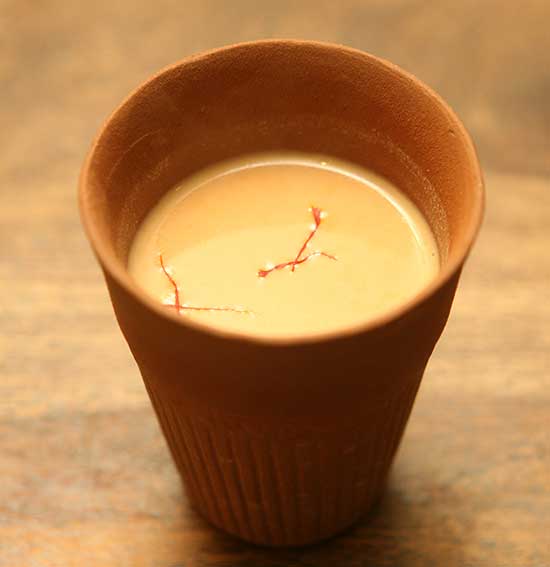 An offering from Chaayos

Two other chai chains that have been steadily expanding, albeit by offering their own, slightly different experiences, are Tea Villa Cafe and Wagh Bakri Tea Lounge. “It’s a great place to hang out, and since it started, I have visited it with my family and friends,” says Chetan Shah, a businessman from Bandra who is hooked to the Tea Villa Cafe, which opened an outlet recently on Hill Road. Micky Panjwani, owner of the Tea Villa chain, says he has been careful about ensuring that the cafe is neither just a tea and coffee place nor a full-fledged restaurant. “We have a live kitchen from 8 am till closing time, which means people can get fresh food along with their tea,” he says. The target: a clientele cutting across all age groups and classes. The chain started off by offering 30 types of tea; now, it offers as many as 70 varieties, including the world’s most expensive tea, priced at a whopping Rs 995 per serving. Panjwani aims at having at least 15 outlets by next year and will go for spacious outlets at prime locations. Each outlet will have a customised look.

Although masala, ginger and lemongrass tea remain the most popular items on the menu, there are enough people who are curious about the more exotic green teas and infusions, which are sold as salubrious options, pitching their anti-oxidant content and immunity-boosting properties. Chaayos and Tea Villa source their fine teas from the best and exotic plantations in India and abroad. But Wagh Bakri, a well-known Gujarat-based brand with a strong presence in western India, is pushing its already-successful packaged tea blends through its lounges. “We are not looking to make profits through this venture,” says Pooja Nagori, a marketing executive. “It’s primarily to introduce our tea to more and more people. Already we are doing well and are known for our kadak chai.” Wagh Bakri opened a new lounge in upscale Juhu after successful runs at Ville Parle and Bandra-Kurla complex. Their lounges do not offer WiFi: people must enjoy the tea and the chat. All these chains—and there are more—have big expansion plans. 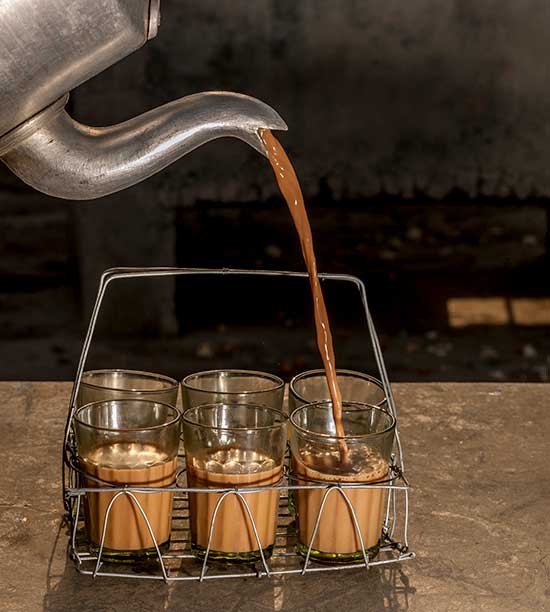 Mumbai and some other cities have had a heritage of Irani cafes, offering milky tea, bun maska (which has come to be called brun maska), khari and mava cakes on marble-top tables under slow-turning ceiling fans. They’ve for long been a hub of conversation, but are dying away. By one estimate, there were some 400 vibrant Irani cafes till the 1980s; now, there are hardly 30. The latest one to bite the dust was near Sena Bhavan in Dadar, replaced now by a swank cafe. Rues an old Parsi customer, “It’s old school ambience and food that we grew up with versus swanky joints.”

Strangely, the new and spiffy tea lounges seem to offer hardly anything non-vegetarian: though eggs-and-bacon with tea is a standard combo, you won’t find it, or even eggs, on most of the menus. Says Aditi Laud-Khedekar, a Ville Parle resident, “I treat places like Tea Villa like a food place, where I meet friends or go with my family for a meal. Wagh Bakri has good tea and snacks. I often feel that coffee places are in a different league. Maybe if these places started providing some non-vegetarian options, they could get some of those people who like their tea sessions with chicken puffs and kheema.”

That apart, trying to shake off the old notion that chai must be cheap and coffee exotic and exorbitant, tea lounges or chai bars, propelled by the age-proven power of conversation, are taking the tea-shop a few notches up for a growing middle class. As the nation’s most famous chaiwalla might say, chai pe charcha anyone?