Taking The Media By The Tail

The tigers of the media and the corporate world find themselves caught in the unsparing, irreverent gaze of Vinod Mehta 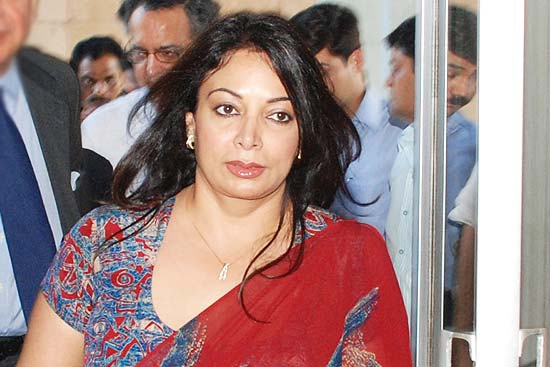 Vinod Mehta is a rare bird. An editor who is totally un-pompous and utterly unpretentious—that too in this age of in-your-face media arrogance. But precisely because he is so un-tight, he is neither tedious nor boring. He has produced yet another very readable book, not an autobiography, nor a formal political treatise but a string of organised ‘stray thoughts’ on the manners and morals of our republic.

Unlike the hardened editor, Vinod Mehta approaches his task with a carefully nonchalant air of an interested but uninvolved, sufficiently sceptical but not unhealthily cynical, distant but not remote, analyst. Yet he manages to give a rather insightful view of our netas and other licensed pretenders. The last three chapters on Modi, the Nehru-Gandhi dynasty and the Kejriwal phenomenon make some shrewd observations. The strength of the book is its overwhelming frankness.

And though he did not figure in this year’s Republic Day Padma list, Vinod Mehta in fact deserves a Lifetime Achie­vement Award for what he has to tell about the state of Indian journalism. As additional bonus, his bold and brutally unvarnished views on our corporate leaders invite at least a nine-gun salute.

He has laid bare completely the hollowness of those practicalities and pretences that have to be clubbed together under the institutional rubric of “a free press”. It is a pretty depressing picture that Vinod paints of the media: “Most of the widely acclaimed nation-shaking, prize-winning, resignation-resulting stories are leaks. Someone, somewhere, for totally selfish reasons, surreptitiously passes them on. Rarely does one come across a genuine expose obtained by a journalist without external help.” And then, with deadly effect, Vinod notes: “Recently, the 2G, CWG and Coalgate scandals were all the products of leaks by CAG to the media.”

This veteran newsman leaves his rea­der in no doubt that the media is being used—and is happy being used—by this or that partisan. Something similar to a wife-beating syndrome—the shabbiness of it is known to everyone, but everyone insists on maintaining a patina of respectability and normality for the benefit of the children, neighbours and friends.

Nor, as Vinod tells it, are the media’s internal practices  and protocols exac­tly reeking of democratic nobility and personal large-heartedness:

Not since November 1990, when Arun Shourie wrote that scorching polemic on the media (Proprietors, Journalists, Readers) has a senior and respected editor penned such a deadly and shaming indictment of the profession.

Not since Shourie's Proprietors, Journalists, Readers has such a damning indictment of the press and the media been written.

The second grand theme in Editor Unplugged is the flaws and foibles of  our corporate leaders. Vinod was at the top of his journalistic game when he decided to publish the Niira Radia tapes. Those telephonic conversations gave us a flavour of the creeping crony capitalism gaining a foothold in the administration, and Vinod is able to suggest the context of the political economy of those early years of UPA-ii: “The youn­ger Ambani was then occupied in a vicious no-holds-barred battle with his elder brother. Anil was competing with Tata for the telecom franchise and with Mukesh on the division of the Ambani empire. Not since Kurukshetra has a family feud over inheritance been fought with such ferocity. Niira unwittingly became Target Number One on Anil’s busy hit list.”

The Niira Radia tapes were one of the first signs that UPA-II was neither a wholesome nor a pretty house. Rampant corporate greed combined with arrogant, ministerial stupidities to begin the slow cooking of the Congress goose. Vinod got into a tangle with the Tatas over the outing of the Niira Radia tapes in Outlook and on its website. He gives his side of the story, but in the process summons the courage to cast doubts on “the twin pillars on which the House of Tatas was built—‘Tatas don’t bribe’ and ‘Tatas don’t indulge in politics’”. He concludes: “...with the tapes in the public domain, the lofty Tata code appeared unsustainable.”

The hollowness of the claims of a free press, the foibles and flaws of our corporate captains: these are the two grand themes.

Recalling the professional satisfaction at being able to publish Ratan Tata’s letter to the DMK chief, Vinod ruminates: “...I ask myself what madness possessed Mr Tata to dispatch such a cringing, absurd and potentially explosive note.... The rapture for Karunanidhi, the man who put Raja in the telecom ministry, is gushing. The unctuous words Tata used need to be savoured: ‘It is essential that history praises the vision, creativity and high growth achi­eved by you and your minister.’ More: ‘dmk can possibly claim telecom to be its greatest achievement and most signi­ficant contribution to the nation’s gro­wth.’ It is a cruel irony that the ‘vision’ and ‘creativity’ landed Raja and Karu­nanidhi’s daughter in the same jail.”

Vinod chooses to leave it at that, but then, is the citizen not entitled to extend this and raise doubts about similar certificates of good ‘vision’ handed by corporate leaders to Narendra Modi when he was chief minister of Gujarat? He is not a torch-throwing radical, and perhaps it could never have been his intention, but Vinod’s delightful essay does instigate troublesome thoughts on whether our presumed entrepreneurs are clean, honest and truly entrepreneurial.

In between these two grand themes are strewn dazzling one-liners. Savour a few:

And, lastly, he takes care to lay out this brick of platinum in cold print about Barack Obama’s newly acquired close friend: “By the way, Narendra Modi confessed in an interview to ETV that he has never read a book.”

(Harish Khare is a senior journalist and the author of How Modi Won It—Notes from the 2014 Election.)