Take The Rupee Out Of The Kilo

A fractured Oppn means Naveen will stay king in the state. But in the LS seats.... 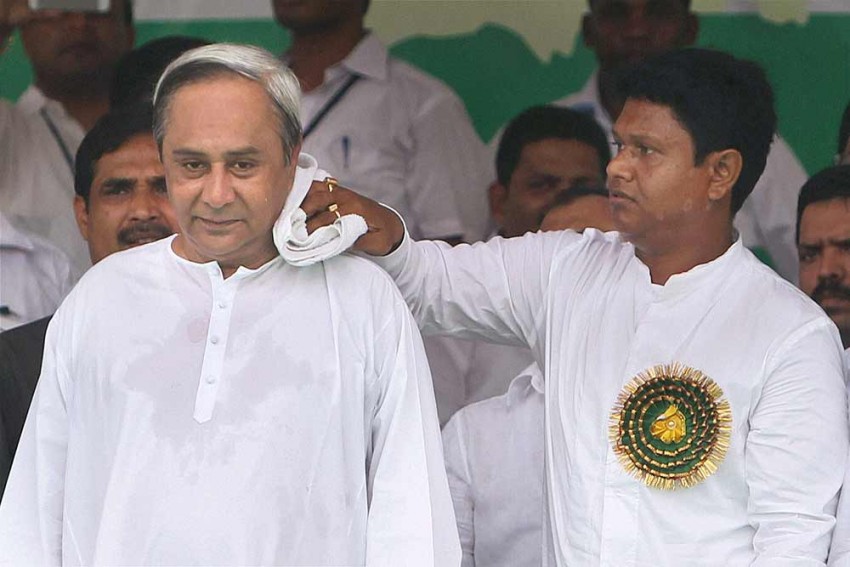 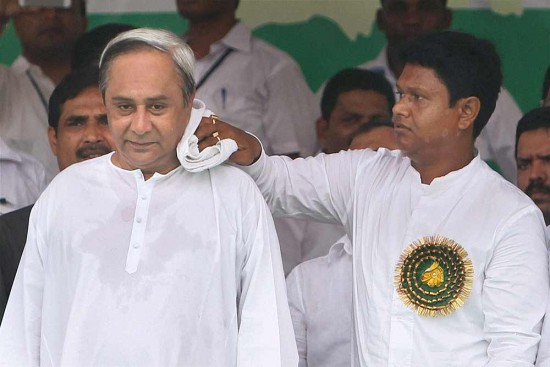 With all poll surveys suggesting Naveen Patnaik’s Biju Janata Dal will be a clear winner in Orissa, it appears to be a fait accompli for the national media. However, what is being overlooked is that there are twin polls in the state. People will vote in two phases, on on April 10 and 17, to elect not only 21 Lok Sabha MPs but also legislators for 147 seats in the Orissa assembly. It is these simultaneous polls that make the political scene so complex and interesting.

First, the parliamentary polls. The fact that Naveen Patnaik has refused to spell out his role in national politics post-polls has been a negative for him. By isolating himself from all possible post-poll formations, Naveen may have played safe but it is likely to hurt his parliamentary votes. Contrary to the general belief in the national media, the situation on the ground does not indicate a cakewalk for Naveen.

Consider the many factors that have undermined his party’s standing—anti-incumbency, the Shah Comm­issi­on’s indictment of the state government in the Rs 60,000-crore mining scam, the involvement of ruling party politicians in the multi-crore chit fund scam, and  alleged complicity in the coalblock allocation scam. On top of that is the threat of rebels cutting into his votebank in over half of the assembly seats. Then there’s a resurgent BJP that claims to be riding on a Modi wave.

BJD vice-president Kalpataru Das, a close aide of Naveen Patnaik, is unperturbed. He says the party will comfortably win 110 of the 147 assembly seats and 18 of the 21 Lok Sabha seats, indeed may even touch the 125-mark in the assembly if things improve further. What should also make things easy for Naveen this time, he says, is the pro-poor schemes and announcements of a plethora of please-all sops to appease virtually every section of voters.

But this comfort is not visible in the CM’s body language. A senior BJD lea­der says Naveen hates complacency and leaves nothing to chance but this time “he is a little unsure of things”. “In 2009, the Rs 2/kg rice was the clinching factor for BJD’s resounding victory. Now the poor get rice at Rs 1 a kg but that’s not going to make much difference,” he says.

This is the first time since 2004 that Naveen is leading the battle without his Chanakya, master strategist and former bureaucrat Pyarimohan Mohap­atra,  who was thrown out of the party for allegedly plotting a coup in 2012. Mohapatra now has his own regional outfit, the Odisha Jan Morcha (OJM), and it could play spoilsport for the BJD.

The cut-throat competition for BJD tickets in virtually every seat in the coastal region has led to much bad blood.

This is also the first time that Naveen is going it alone. Till 2009, the BJP was his ally and partner in the ruling alliance. After he severed ties just before the 2009 polls, he was quick to stitch up a seat arrangement with the CPI, CPI(M) and NCP and that helped him to tide over the loss of his 11-year old ally. But this time, the BJD is running completely alone. Political observers say the decision may backfire; they cite the case of 1995 when Naveen’s father Biju Babu committed the same blunder and paid heavily in the elections.

Moreover, there’s the rebel factor, which has become the biggest headache for the ruling party. This time Naveen has denied party tickets to 36 sitting MLAs and 6 MPs. Of them only one, former minister Anjali Behera, who carries the ‘Pyarimohan’ stigma on her head, has chosen to fight as an independent. “The rest have kept quiet and even if they cre­ate any mischief, the damage will be minimal” says Kalpataru Das.

But by all accounts, the rebels could cause serious damage in the coastal region, considered an invincible bastion of the BJD. In 2009, the party had swept the region, winning 69 of the 77 assembly seats in this belt. This time, cut-throat competition for ‘tickets’ in virtually every single seat here has caused so much bad blood that no amount of cajoling or threats can stop the rebels from working against the official candidates. And that’s good news for Naveen’s opponents.

Senior Congress leader and chief of the party’s media cell Narasingh Mis­hra, who is contesting the Bolangir ass­­embly constituency, says, “The BJD faces problems of rebel candidates in nearly 45 of the assembly seats it won last time...it could lead to disastrous results for the ruling party.” Former BJP state president and Lok Sabha candidate in Sambalpur, Suresh Pujari, pushes up the figure further. He believes the BJD is in deep trouble in at least 54 assembly seats where party candidates had won by a slender margin in ’09.

One thing in the ruling party’s favour is the pathetic way the Congress party has disintegrated as a political force in the state—thanks to a series of rash, self-destructive moves by the party think-tank in Delhi. It’s also helped catapult the BJP centrestage. The chan­ges made in the state Congress in 2013 ultimately led to an exodus of senior leaders from the party, reducing it to a rump and leaving party workers utterly demoralised and rudderless. The hei­ght of the tragedy came when Leader of the Opposition in the assembly, Bhupinder Singh, quit the party and landed up straight at Naveen’s residence to pledge his allegiance to him.

The Aam Aadmi Party (AAP), making waves in the North, has been a non-starter here, and is described more as a signboard party in Orissa. Their mysterious silence over the corruption charges against the BJD government has made their presence in the electoral battle a non-event. The Left—CPI, CPI(M)and CPI(ML)—have an alliance of sorts but are a marginal force in the battle. The dozen-plus small parties did try to form a BJP-led united front but that fell through. Now, all that they will do is divide the anti-BJD votes even further.

So what will the final scorecard look like on May 16? There is plenty of time for the situation on the ground to change before people cast their votes. But as of now, it is the BJD which is ahead in both the assembly and parliamentary polls. But there is serious doubt whether it can repeat its 2009 feat.

Sampad Mahapatra is a senior journalist based in Orissa

Why I Won’t Vote BJP