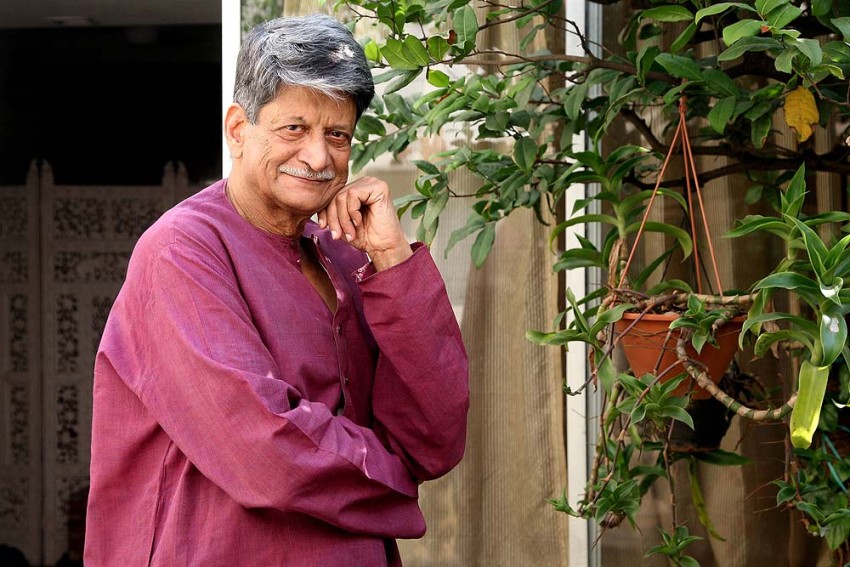 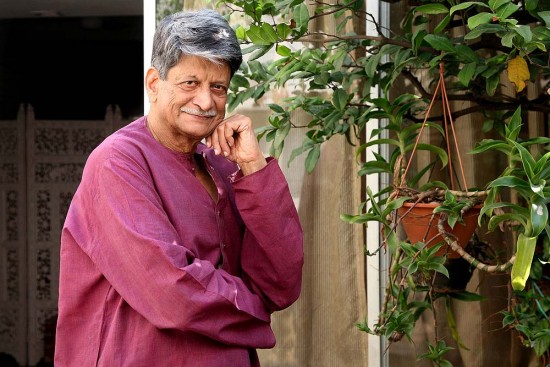 Kiran Nagarkar’s latest book is not new, but two earlier manuscripts. You pick the book up, it’s a play titled Bedtime Story—in black sans serif on stark white with a purple spine and an illustration that hints of the Mahabharata. You spin it top down, and lo and behold, it turns into a screenplay on the other side, titled Black Tulip, with an illustration that could easily be the classy poster for a film.

Nagarkar began writing the play in 1976, when Indira Gandhi’s Emergency was fresh in his head and his sense of politics brimming to the top; and the screenplay as the new century broke, when a brooding cynicism may have crept into his consciousness.

Both manuscripts are linked by two essays Nagarkar writes—one, an intr­odu­ction to the play that reads more like a preface; the other an afterword for the screenplay. Both, while hones­tly dep­icting his coming of age as a man of lett­ers, show enough evidence of his lar­ger concerns and why in 2015 Kiran Nag­a­r­kar is an angry old man whom one wouldn’t mind at all sitting down to have a drink with.

The screenplay is quite accomplished—yet further confirmation, like his Ravan and Eddie, that Nagarkar loves his Mumbai. One just hopes that some director as daring as Sriram Raghavan, and a producer as suave as Karan Johar, would take a serious look at it.

I must confess it was to the play that I gave three readings, because it’s as fresh and relevant today as it was when he wrote it. As we see in Delhi today with the AAP, the post-Emergency per­iod also saw euphoria and idealism put to death by the quest for power and the blurring of the lines between the good and the bad guys.

Given the revisionist tendencies of the Hindutva brigade too, this play couldn’t have come at a better time. When it was first sent to the government censors, as all play scripts in Maharashtra are, the cuts suggested would have reduced the script, as Nagarkar writes, to the two covers. It had its first formal reading in the early ’80s, and was only staged in 1995, when it ran to some 25 performan­ces, before everyone was suitably warned off by Mumbai’s goon brigade.

Black Tulip is an accomplished screenplay, and, as in Ravan and Eddie, shows how Nagarkar loves Mumbai.

Bedtime Story takes characters from the Mahabharata that everyone knows but gives them shape in the present in a discomfiting way. I will dwell on Ekalavya, who does not offer his thumb to Dronacharya, but is defiant in taking on the Pandavas and Kauravas, shapes one out of clay and offers that instead.

He introduces himself as “Ekalavya, son of the earth and the future king of the tribe of Bhils”, adding, “I am proud to call Arjun, the third Pandava, by his name”. Dronacharya is quick to issue an acid retort: “A Bhil, a Mahar, a leper. There’s no place for subtle distinctions among untouchables.”

Ekalavya appeals to Arjun for better sense to prevail, pledges his life to save Arjun if need be. The cosmos cannot be broken. “Never,” says Arjun, “even if my life were at stake, would I offend my Guru. And if another dares to, he would have to pay with his life”.

Will he pay with his life, asks Ekalavya? “Your sort never learn their lesson through persuasion,” Arjun replies. “One day, I will make you bite the dust. When is an irrelevant question”.

Caste and reservations in medical colleges has long been an obsession in modern India. Nagarkar shatters Ekalavya’s naivete in Act 1, Scene 2. Arjun and he, both medical students, flee Draupadi’s vengeful family. Arjun expectedly dithers. “Damn it, Arjun,” Ekalavya tells him, “can’t you see that I cannot afford to have you caught? Because without you, your people will remain Draupadi’s father and brother, and without me, my people will remain Mahars. Someone has to start a new generation, start being human, decent, just. Now run, Arjun, run....”

When the family arrives, they forget Arjun. They lower Ekalavya to the stage, unbutton his trousers and castrate him.

Bedtime Story takes four episodes from the Mahabharata and turns them on their head. I have long killed the proscenium in my head, but given the troubled times we live in, I can only hope there’s a young theatre director in Mumbai with the gumption to stage it in both Marathi and English and take it around to younger audiences to let them know the world is not changing. If anything, it is getting worse.