Suspicious Mould On This Bread 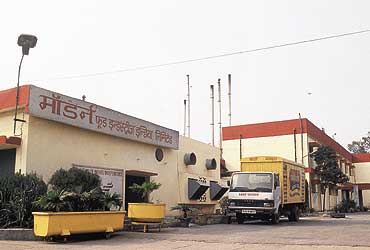 outlookindia.com
-0001-11-30T00:00:00+05:53
Even as the government holds up Modern Food Industries Limited (mfil) as a model of successful disinvestment, the Comptroller and Auditor General's (cag) office has found several discrepancies in the sale of the firm to Hindustan Lever Ltd (hll) last year. In the main, the audit objection focuses on the undervaluation of the company before it was put up for sale. The cag objections could well lead to a review of the procedure now followed in psu divestment.

The draft or preliminary inspection report (amgII/Review/mfil/2000-01/398) was forwarded by the cag's office to the department of disinvestment on March 2 this year. Further information from the DoD was also sought. The DoD responded (vide letter no. 12/1/2001—DoD) on March 15. But the reply was found "not satisfactory" by cag.

The main audit objections have to do with the undervaluation of mfil, a point that has consistently been raised by the Congress and other parties inside and outside Parliament. Opposition MPs had charged the government with selling the psu for a song. Of late, the government has been trying to shift the focus to the post-disinvestment scenario, pointing out that hll seems to be turning mfil (which ended up in the bifr after it was sold) around.

The cag's objections, when finalised, could well revive criticism centred around the valuation of mfil. The preliminary cag report points out that the government-appointed global advisor (GA) anz Grindlays—whose job it was to evaluate the company and oversee its sale—had pegged the company's worth at only Rs 78 crore. But hll valued it at twice this figure and eventually paid Rs 105.45 crore for a 74 per cent stake. According to the report, the sharp variation between the valuation done by the GA and the price offered by hll itself "calls into question the valuation arrived at by the GA".

Also, intangibles like the brand value and franchise income were not factored in the valuation. This, despite the brand equity that Modern Bread has enjoyed in the past, "being the only brand at a national level with a sizeable distribution network". mfil also had a franchise network rendering income at 1.5 per cent of franchise sales, the draft report pointed out.

The methodology for asset valuation is detailed in Disinvestment, Policy and Procedures, a 94-page document printed by the DoD which lays down for the first time the exact process of disinvestment. It says valuation of plant and machinery, mines, intangibles, etc, should be taken into account. The guidelines, yet to be widely circulated, say asset valuation is done by a government-approved valuer.

The cag's office also questioned the valuation of mfil's land and buildings. For instance, the surplus land of its Delhi business unit has been ignored, as has that of its Silchar unit. It further points out that the GA assumed a capital gains tax of Rs 9.96 crore which is a post-sale liability and a hypothetical vrs cost of Rs 31 crore, both of which brought down valuation.

In the discounted cash flow method—considered the most acceptable method of valuation which computes current values of projected future earnings—a higher risk factor was assumed and extra expenditure on repairs and maintenance was projected to depress the value of the firm, says the inspection report.Again, income arising from franchise operations was ignored.

In its response with regard to the undervaluation of mfil's plant and machinery, the DoD has said the machinery was old and a comprehensive valuation would anyway have involved "a lot of valuable time and money". Referring to valuation of intangibles like brand value, the DoD said "there was no need to value them separately".

As for assuming a high risk factor and thereby depressing the cost of the company, the DoD felt the assessment was in fact far too optimistic and "has contributed to a higher value for mfil". The variation in the valuation of mfil by the GA and hll, it explains, are a matter of perception. In other words, if hll had not come forward with its bid, the government would have sold the company for Rs 60 crore!

The cag's office also felt that enough time was not given to potential bidders to evaluate the business. One of them, Britannia, had asked for a fortnight's extension but was turned down, it observed. As a result, hll was the only bidder left in the field.

The draft report questions the procedure followed in the appointment of the GA—which was behind the whole disinvestment process. For one thing, anz Grindlays was appointed in January 1998, when the government had rejected the Disinvestment Commission's recommendation for a 100 per cent sale, settling on 50 per cent. Suddenly, this was hiked to 74 per cent. Instead of asking for fresh bids, on the premise that more people would have been interested in the sale as the government would be handing over management control, the DoD decided to go with anz, although the formal agreement with the bank was yet to be signed. The DoD's answer to this is that it would have taken too long to repeat the process and select another GA.

The GA was also overpaid, the audit inspection report says. An extra Rs 36 lakh was paid to anz Grindlays. It was to get 1.25 per cent of the aggregate price. This was Rs 105.45 crore, but Rs 11 crore was refunded later. In calculating the GA's fee, the government included the Rs 20 crore hll invested in mfil, as well as the Rs 11 crore paid back to hll as part of a post-closing adjustment.

The report also notes that the GA didn't do the job it was asked to do, namely evaluating possible restructuring/strategic sale options to enhance company value, conducting due diligence and preparing a timely Information Memorandum for bidders. The DoD defends the work done by the GA and justifies the excess payment. It says delays were caused as mfil's accounts were manually kept and anyway, due diligence of accounts is not warranted.

The cag's office also points out that the Cabinet was not fully apprised of the provision for post-closing adjustments when it approved the sale. hll had claimed a refund of Rs 17 crore, of which Rs 10.94 crore was paid last year, effectively bringing down the sale price. The refund is very much in line with the government's disinvestment policy which envisages an indemnification up to 70 per cent. That means a company can theoretically get back from the government up to 70 per cent of the sale price! The purchaser is indemnified by the government against unforseen liabilities arising out of taxes, environmental damages or litigation. The DoD says the matter was clearly mentioned in the annexures to the Cabinet note on the proposed sale of mfil to hll.

The cag has also asked the DoD for details on the valuation of assets in the Balco case.It is not clear whether certain assets, like Balco's captive power plant and sheet rolling mill, were included in the valuation exercise and whether its mines and quarries were properly valued.

The cag report on mfil has a long way to go before it is finalised and tabled in Parliament, but if the cag's office sticks to its guns on undervaluation, it could prove embarrassing for the government. Small wonder the DoD is straining every nerve to satisfy the cag that the strategic sale was "transparent and comprehensive". One only hopes it doesn't defy comprehension.

"Let Them Grow Opium In UP"