The chips are down for ISPs as they scramble for marketshare. And a shakeout looks inevitable.

Jump on the bandwagon now or it may be too late to even consider it as an option. The days of call dropping, stealing of passwords, very slow connectivity, e-mail address as long as a mile—all these characteristic features of the Internet scenario dominated by the Videsh Sanchar Nigam Ltd (V S N L) is ready for change. And for once, it is not just the privileged in the big cities who will harness the benefits of the Internet.

Everything seems to be showing signs of falling in place: a policy from the government that gives a big push to the information technology sector, rapidly falling prices of home computers, Internet service providers (ISPs) rolling out their services, improved availability of telephones with private basic services beginning to spread. The dominant ISP in the country, the public sector VSNL is being given a run for its money. Most importantly, V S N L is also pulling up its socks. What’s more, its effort is already showing.

For those who can afford it, the Pentium III processor could not have arrived at a more appropriate time since V S N L has just enhanced its services and other I S Ps are in the process of introducing theirs. There may be just under 200,000 Internet subscribers in the country and the pace of growth is far out performed by several countries in the region. Says Ajoy Das Gupta, who heads business development at Satyam Infoway, India’s first private sector I S P: "The demand far exceeds supply." Understandable, given the predominant use of the Internet as a low-cost communication medium. But, "the enablers in terms of a telecom policy is missing", says Atul Kunwar, country manager of networking major 3Com Asia.

Yet, given the spread of the medium, it is indeed time to become a part of what is changing the society in a very perceptible manner. Spread Internet will, but the projections differ. Till the end of December 2000, VSNL sees a subscriber base of 1.4 million, Indian Market Research Bureau pegs it at 690,000 while industry researcher IDC estimates subscribers to number 1.1 million. Needless to say, the estimated 1.3 million computers in the country which are Internet enabled at present will have to substantially add to the numbers. If nothing else, you should be hopping on to the Internet just to save the faces of all those who have made the projections.

For the first time in the history of the country, two public sector companies are fighting a price war. Mahanagar Telephone Nigam Ltd (M T N L)—the basic telephone services provider in Delhi and Mumbai—introduced its services in the two metros and undercut V S N L’s rates by 15 per cent. Those who have used M T N L’s service are euphoric as they claim that they are getting better service than V S N L’s at a cheaper price. V S N L has responded with a 20 per cent discount to its subscribers renewing their accounts for the first time and 30 per cent off for those renewing for the second time. And now Satyam is introducing a Rs 990-for- 2 5 -hours scheme to induce the stragglers to join the Net herd. Satyam claims to have got 15,000 subscribers in 12 cities in the three months since it launched its service.

MTNL CMD S. Rajagopalan says that his service, now priced at Rs 8,500 for 500 hours, is up for review in another two months. "I do not see it going higher when we review the prices," he says, with a straight face. If MTNL drops prices, as it is expected to do, it will certainly be music to the ears of those who are still undecided on jumping on to the information superhighway.

A different kind of experiment is being carried out by Orissa Telecom . Having got the licence to offer its services within the  geographical boundaries of the state, the company is looking into whether it can offer its services through a cable modem. If and when introduced , this will be the first for the country.

The till-recently monopoly ISP, V S N L, is already leaving no stone unturned in improving the quality of its services. It has recently deployed E1 lines for routing the calls of Internet subscribers. Put simply, E1 lines are digital lines which can handle 30 callers at a time. Compared to that, the standard telephone line can handle just one subscriber at a time. So, if Mumbai has 40,000 subscribers, it would require at least 4,000 ordinary lines for an efficient service. Against that, just over 150 E1 lines will suffice and still maintain the internationally accepted ratio of users to subscribers of 1:10. The public sector behemoth has also started installing digital remote access servers, which augments transmission speeds.

But all these improvements will come to naught if complaints like that of K.C. Rana, a west Delhi resident, are true. Rana got himself a 100-hour account in January this year with the idea of spending his post - retirement time on the computer. But his machine was not configured properly and it took him a week before he could get his vendor to reconfigure his computer. When he logged on for the first time, he had a surprise waiting for him—27 hours had already been consumed from his account. Someone else had used his password and had a free ride at Rana’s expense. "Such incidents, if they are not brought down to zero, will erode the faith of the subscriber in V S N L and help our business plans," says one I S P executive.

Still, all this won’t prevent the Net from irreversibly entering our lives. Informed sources say that Indian Airlines is working on a system to allow passengers, and others if they wish, to find out the status of their tickets on the Internet. If one airline were to begin this, it will not take long before others too swing into action. A similar idea has also been mooted for the Indian Railways, which ferries nearly 12 million passengers every day. As and when online payments are backed by adequate cyberlaws, booking a railway or airline ticket will not be a problem at all. Those associated with the project say that it will take less than a year to get the system up and running.

With so many companies vying for a share in the cyber-pie, there has to be some bloodshed among the ISPs too. N. Arjun, CEO of Bharti-BT Internet, believes that from nearly 250 ISPs in the first year, only one out of 10 will survive the third year. Like the private airline industry, or the paging services business.

Most ISPs hope to wean away customers f rom one another by taking service to new levels. For instance, Satyam’s service comes with an electronic security product and an Internet training module. Says Arjun, "We  will guarantee the customer a 45 kbps throughput if he has the requisite modem." Brave words indeed, given the state of the telecommunications infrastructure. But Arjun is undaunted by the task ahead prior to the launch of the services by the end of this month. The company hopes to target its initial efforts at Delhi, Mumbai and Bangalore, which account for 70 per cent of India’s Internet population and 72 per cent of its computer population.

But for those not staying in the three information technology hubs of India, not everything is bad. If you are staying at Thane in Maharashtra, there is a website where you can register yourself for a free e-mail service with the address as YOUR-NAME@ thanecity.com. Surely, the same can be replicated with anyone from Jamshedpur to Surat and Sasaram to Jamnagar.

Sites like these give people a reason to surf websites which talk about their own community rather than predominantly US sites. Says Satyam Infoway’s Gupta, "Such community sites help augment Internet usage and generate and divert traffic." His company has already begun its efforts with sites like www. car-naticmusic. com, www. indiatalkies.com and www. indiaupdate.com.

While these community sites will take some time before they are fully ready, Kunwar of 3Com believes that the coming summer holidays for children should be a big boom time for ISPs. MTNL’s Rajagopalan has set his sights higher. "By the end of this calendar year, we hope to have 100,000 subscribers," he says. Raja-gopalan surely would have calculated the factor of how children influence parents’ decisions on whether an Internet account is needed for the household.

"We are on the runway, we have got the air traffic control signal and are just waiting for take-off," is how Kunwar would like to put it. If he, like several others, is to be believed, surely, this is not the time to be left behind. 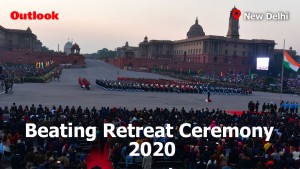