Simply sitting on the floor the old Indian way and talking to the audience about culture—and yes, smiling a lot! Revisit a television revolution from gentler times…. 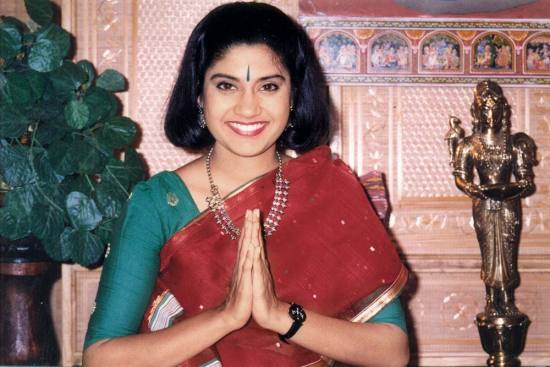 Life has moved indoors in the Covid-shocked world, the television is among the few connects to the outside. But TV, as we know it, has changed. It’s not the same as it was when Surabhi was six years old and the UN declared November 21 as World Television Day. That was 1996. The audience has changed and the platforms have changed, as have the formats. Can we then compare today’s shows with a show that was successful more than 20 years ago? Surabhi of the 1990s and a 2020s show—it’s like comparing a tonga to a car! Surabhi’s uniqueness was its intent—to explore together; shared pride, no commercial motivation. The nation took part in its research, filming inputs, local hospitality and voluntary contributions. To reach Surabhi’s intent across languages and geographies is the new creative challenge. Cultural intent must be explored as an idea that transcends class and geography using modern technologies. Difficult? Yes. Impossible? No.

It would be fair to say the most surprised at the success of Surabhi were Renuka Shahane and I. When we began the programme, we had no precedent. Before Surabhi, programmes on culture were earnest or learned. But when we started, two things happened that we had not expected. For one, we had no idea that simply sitting on the floor and talking directly to the audience—an age-old Indian tradition—was revolutionary for a prime-time show. For the other, we had not reckoned the thousand megawatt power of Renuka’s smile! Almost overnight, the nation smiled back.