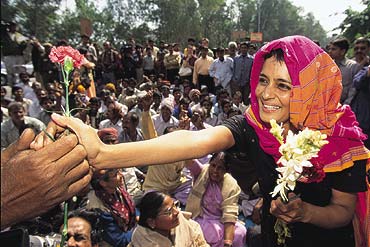 For much of its 60 years of existence, India appeared in the Western press as a land of maharajahs, beggars and deluded socialists. Abruptly now, Time, Newsweek and Foreign Affairs hail India as a 'roaring capitalist success story', hoping that the country will be the US's new 'strategic partner'.

Plainly, the American business and foreign policy establishments have no choice but to seek new markets and allies in an uncertain post-9/11 world. As always, their geopolitical calculations are marked by wishful thinking. Faced with imminent decline, great powers like the US become particularly prone to ideological illusion. But why should we—a big but largely poor country with a superpower complex—deny our own reality?