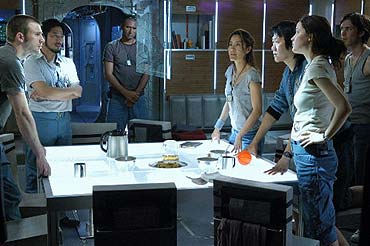 Even a technologically challenged person can easily make out that the science behind Sunshine is all quite wonky. But that wouldn’t really have been an issue had the film been stirring enough to make you willingly suspend your disbelief. Danny Boyle’s sci-fi remains a largely middling, inconsistent effort, swinging between the downright boring to the outright thrilling.

It’s 2057. The sun is dying. A team of eight astronauts is sent on a mission aboard space ship Icarus II to restart the sun. They have taken along a Manhattan-sized bomb and have to detonate this nuclear payload to reignite the sun. We meet them when the ship is in the process of entering the Dead Zone. When the sun shines brighter, they will know they have succeeded in their mission.

However, all is not as simple. Several accidents...