Sunny Sure Got The Rule 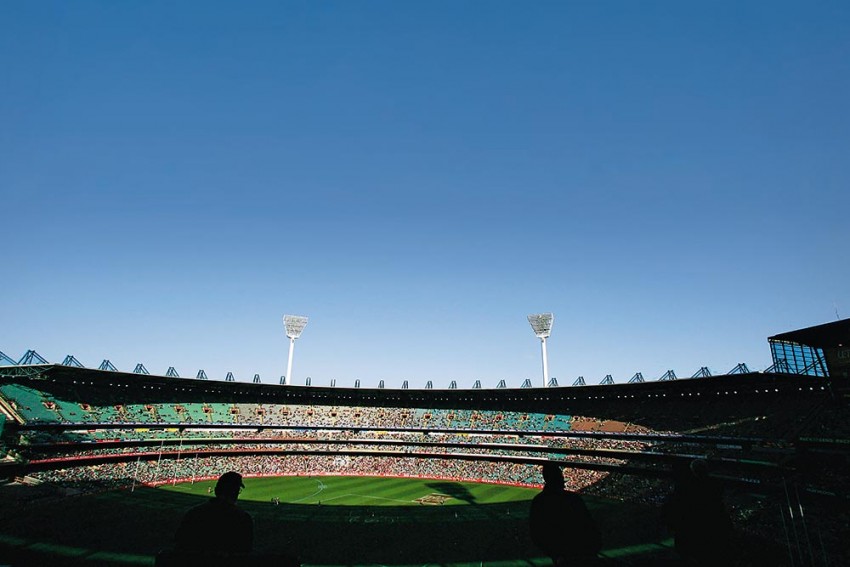 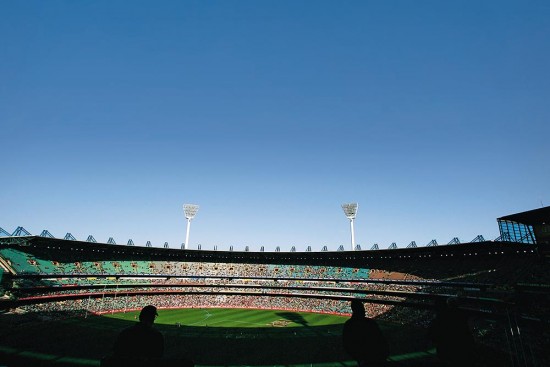 February, 1981; the third Test between India and Australia. Sunil Gavaskar, batting on 70 and amidst a rare bad patch, faces up to Dennis Lillee. A delivery crashes into his pad, fervent appeals ring around, umpire Rex Whitehead raises his finger. Gavaskar indicates petulantly that he had got an inside edge, then walks away. But, ove­­rcome by a towering rage, the skipper gets back and asks partner Chetan Chauhan to accompany him out. At the boundary line, Chauhan is stopped by Group Captain Shahid Ali Khan Durrani.

Though he had a distinguished career, Durrani is most famous for saving India from the huge embarrassment of forfeiting the Melbourne Test. As the team manager, he moved deftly to defuse the explosive situation, convincing Gava­skar to let the match to continue.  But he has many other feathers in his cap. He was part of the organising committee of the 1952 India-Pakistan Test in Lucknow and his role as a key official of the 1982 Delhi Asian Games won him a top government award.

Durrani, who turned 83 on September 12, now lives a contented and quiet ret­ired life. “My 25-year service with the Air Force was most satisfying. I owe a debt of gratitude to all my Air Force chiefs and my bosses for whatever I achieved in sports administration and outside of it,” the articulate Durrani, a Vishisht Seva Medal winner, tells Out­look at his residence in Lucknow. 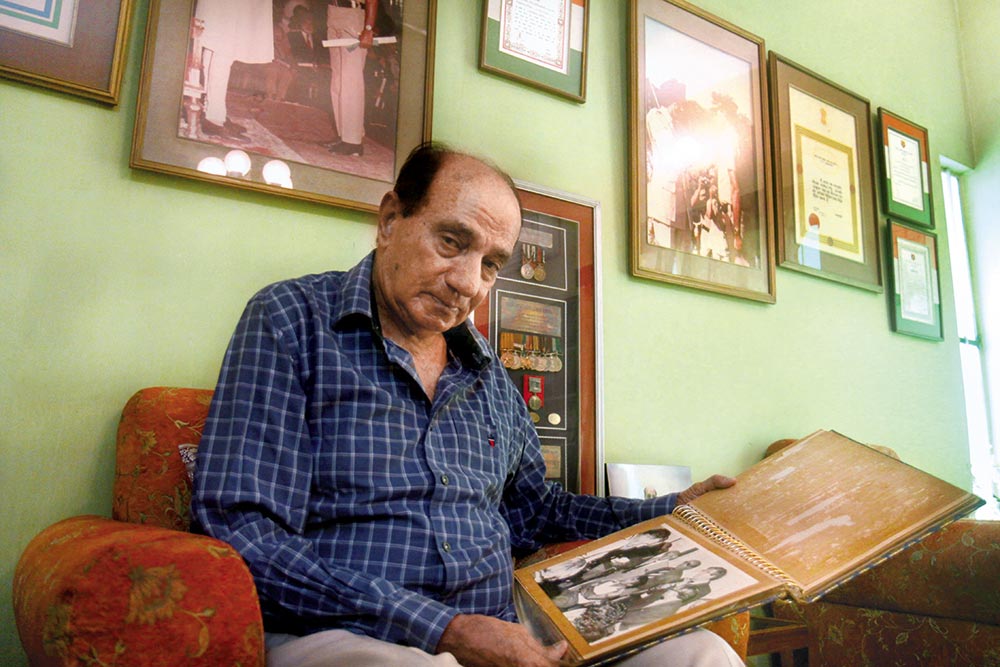 Shahid Ali Khan Durrani at his residence in Lucknow

With his sports background—he had represen­ted Lucknow University hoc­key team in four inter-varsity tournaments—and his role as master mediator in the Melbourne Test as career highlights, Durrani was appointed Asiad Protocol Committee’s director, reporting directly to Union sports minister Buta Singh. “I had no experience. I formed a core team, comprising Air Force officers. I had the blessings of Air Chief Dilbagh Singh, who said, ‘pick your team, but don’t let down the defence forces’. I said, ‘Sir, give me the boys of my choice, and I’ll do my best’. He gave me a blank cheque. The Games went off very well. The post-Asiad official report said that the Protocol Department was probably the best of all organising departments,” says Durrani proudly. He was conferred the Asiad Vashisht Jyoti; only 22 persons received the one-time honour.

Facing a tight deadline, the Asiad organisers, over­­seen by Rajiv Gandhi, were up to the mark. “We didn’t have to run to ministries for sanctions as everything was there at one platform. Every day, at 4 am, the directors would meet Buta Singh, at times Rajiv, at the Jawaharlal Nehru Stadium. There was excellent rapport, and the approach was professional,” Durrani, also a qualified hockey coach, recalls.

Before the Asiad, Durrani was the Indian cri­c­ket team manager on the four-and-a-half-month tour of Down Under. India was trailing 0-1 in the three-Test series when Gavaskar, who had struggled with the bat till then, when the controversial incident happened in the second innings. As Gavaskar was trudging back angrily—several contentious umpiring decisions went against India in the series—someone in the Aussie team said something, and he ordered fellow opener Chauhan to walk out as well. It gave the impression that India would concede the Test. 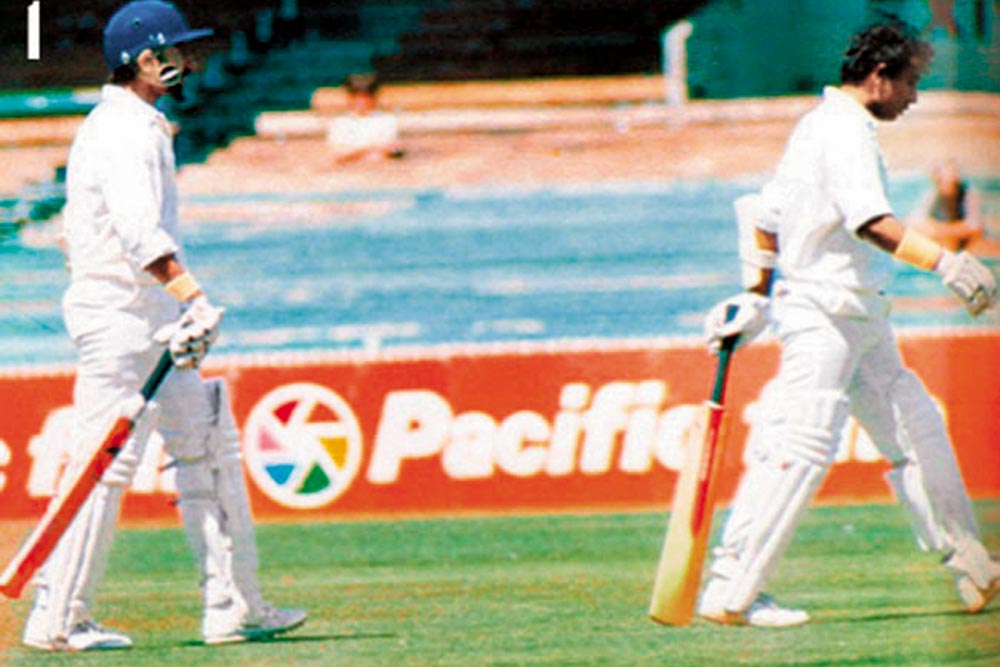 A grab of the infamous walk-out attempt

That’s when Durrani stepped in. “I noticed that Chetan was totally hesitant to leave the ground, but Gavaskar was literally pushing him. Gavaskar told me ‘Sir, we are walking out; we are not going to play as a protest against biased umpiring’. I told Gavaskar to come out of the field; we’d talk. And I told Chetan to go back to the crease. Dilip Vengsarkar was hesitant to go out to bat and suggested that I listen to the captain. I told him I’d deal with him,” discloses Durrani.

“Chetan was hesitant to leave, but Gavaskar was literally pushing him. I told Gavaskar to leave the field; we’d talk. And I told Chetan to go back,” says Durrani.

Gavaskar, says Durrani, was “full of tantrums” in the change room. “Upon entering the dressing room he threw his bat on the floor, didn’t talk to anybody, went to the washroom and locked himself in. After some time he came out, but didn’t talk at all,” he recalls. Durrani emphasises that he was concerned about India’s image and the repercussions. “India could have been debarred from international cricket for five years, which would have meant the Gavaskars, Visw­anaths and Kapil Devs would not have played. India won the Melbourne Test [Australia folded up for 83 in their second inn­ings; Kapil took a fifer] and I told Gavaskar to forget about it and that I would take care of everything. In my report to the BCCI, I did say that it was wrong on the part of the captain and that the Board may take action against him as deemed fit.” The BCCI didn’t.

Durrani’s first brush with organising a sports event, as a volunteer, was for the 1952 India-Pakistan Test, pla­yed at the University Ground on the banks of river Gomti. A first year graduate student at Lucknow University, as a member of university hockey team Durrani was close to N.N. Mukherjee, popularly called Habul-da, a reno­wned Indian hockey team coach and a powerful sports administrator. He was coach of former India captain K.D. Singh ‘Babu’ and headed the Lucknow Sports Association that was allotted the Test. Habul-da wanted to finance hockey, his first love, with the profit earned from the Test. “But the Test was a disaster, financially. The five-day match ended in two-and-a-half-days, so half the revenue from the sale of tickets was lost. Anyway, half of the spectators had barged in without tickets by removing the nails drilled into the barricading. This happened because the stands were makeshift. The concept of advertisement wasn’t there at the time, so not a single rupee was earned through this. Habul-da was completely dejected, because his soul belonged to hockey,” rues Durrani.

After taking premature retirement from the Air Force in late 1983, Durrani joined Uttar Pradesh Electronics Corp Ltd (UPTRON) as GM (Public Rel­ations). But, importantly, he lau­nched and organised several cricket tournaments in Lucknow, the most popular being the Times Shield, the UPTRON Trophy, and the Scooters India Trophy, all of which ran successfully for many years. Finally, he “deliberately faded away” from the scene in 1993, though, in this autumn of his life, he follows developments in sports thro­­ugh the newspapers and television.

By Qaiser Mohammad Ali in Lucknow

Learning About The Past Through Heritage Walks