An in-group Ver­sova film that needed more to say hello to the world? Yet anot­her variation of Luck By Chance, albeit from the margins? 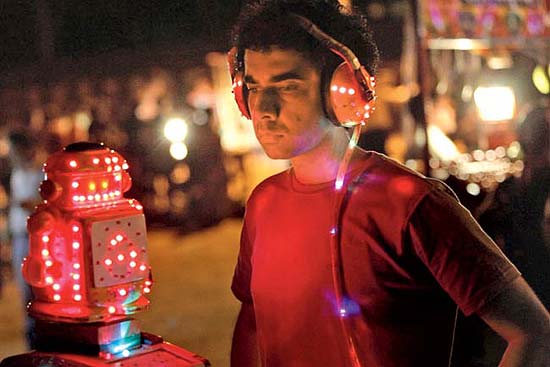 What I liked about Sul­e­mani Keeda is the heartwarming portrayal of relationships in a state of flux. In the urban jungle of Mumbai, with people constantly on the move, many a love story, des­pite the right sparks, can remain unexpressed or unresolved. But life moves on. It could even hold true for two writing partners and friends sha­ring a film script, a flat and some t-shirts. While this larger theme held my attention, the more overt concern of the film—looking at the mad world of Bollywood at the fringes—was underwhelming. Yes, the Andheri-Versova-Oshiwara feel might be right, and so too with the crummy bachelor’s pad, the booze in plastic glasses, the easy banter and conversations, struggles with landlords, with the process of writing itself as well as the hunt for that big break. But the film left a ‘heard this-seen that’ feel. It may want to be ‘hatke’, but ends up peddling familiar cliches.