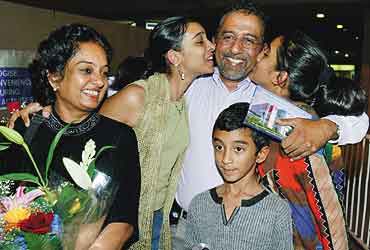 outlookindia.com
-0001-11-30T00:00:00+05:53
There's no exodus yet, no outward signs of panic. But the terrorist attack that killed eight Indians in the eastern city of Al Khobar last fortnight has compelled the 1.4 million Indians in Saudi Arabia to realise they can no longer be complacent about the future.

Like Thomas Varghese Cherian (not his real name), an anaesthetist at King Faisal Hospital in Riyadh, who rises at dawn to drop his children off to school before arriving at work, ahead of his American boss who is a stickler for time. Cherian, 42, who hails from Varkala, Kerala, says his routine has changed little in the 10 years he has lived in the largely somnolent kingdom. "It was an ideal world," he says. The spate of attacks on foreigners, including the one last year in May which targeted Americans and Britons close to his residence, followed by restrictions and stepped-up security after every subsequent terrorist attack, left him deeply troubled but caused no ripple in his social life.

Until last Sunday, May 30 that is, when the terrorist siege of the Oasis compound in the oil city of Al Khobar left eight Indians dead. For the first time since the terrorist attacks began last year, people from India had died. And Cherian, who had never thought about relocating, has, like many of the 1.4 million Indians here, begun giving it a serious thought. "I'm not the only one thinking of sending my family home; we're a small community of doctors and technicians and we're all a little rattled, especially after this killing was given a religious colour by the terrorists," he says.

Cherian is referring to the startling message on a purported Al Qaeda website claiming the eight Indians (another 14 of other nationalities too died) had been slaughtered in retaliation to the Indian government's massacres of Muslims in Kashmir. Five of the Indians died when they tried to negotiate with the terrorists who had taken them hostage. One of them, 26-year-old C.N. Jose from Thrissur, had been in the kingdom for just two weeks. 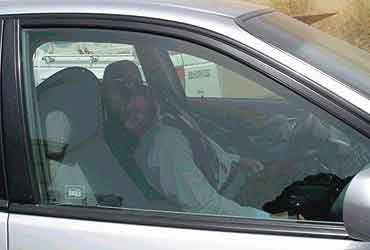 The website of a group that calls itself the 'Qaeda organisation in the Arabian peninsula' had earlier listed their targets to include Jews of any nationality, plus Americans, Britons, Spaniards, Australians, Canadians and Italians. Indians were the latest, most chilling addition.

Says Cherian, "The website maybe the work of some prankster. But until now we always thought we were immune as Al Qaeda always spewed its hatred against westerners and the rulers, but when they include us and say we too are infidels, that is worrying. I've thought of applying to hospitals in the UAE or Oman, or activate my citizenship to Canada. Qaeda's terror is spreading." His colleague, who'd only say he too is a Keralite, says he's going to wait till the end of the school term in September before making a move. When pushed, he admits, "You could see a summer exodus of families, yes, my family could be one of them."

Indian diplomats in Saudi Arabia insist there is no panic among the Indian community as it was obvious that at least one of the men who was killed, insurance agent Lawrence Monis, was shot inadvertently as he was driving by. The other Indians were mainly maintenance and service staff working as plumbers, electricians and workers at the Oasis complex which houses the Tower hotel where guests to the oil facilities stayed.

The diplomats argue that few Indians would give up their tax-free incomes for the travails of unemployment and tackling life back in the home country, or even for resettling in third countries like Canada and New Zealand. "Whoever is spreading this canard does not have the best interests of India at heart," says one diplomat. At risk would be remittances worth US$ 4 billion every year, mostly to Kerala, which many refer to as a money order economy, kept afloat by cash from the Gulf countries. Any panic exodus is also likely to impact Indo-Saudi ties, which are more oil- and energy-centred than strategic.The Saudis are known to take retaliatory action. After the Gujarat pogrom against Muslims, many non-Muslims found their work visa applications rejected. Saudi Arabia remains the largest supplier of crude oil to India, accounting for nearly 20 per cent of the country's needs. 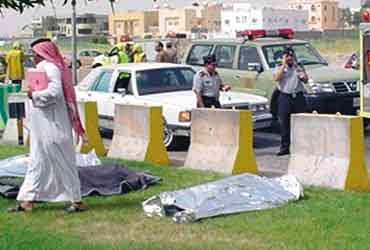 However, a senior Indian diplomat in the Gulf region is far less sanguine than his counterparts in Riyadh. While he agrees that there is no need for panic in the short term, he says chances of future random acts of terror against Indians have increased. "Simply because the seed has been planted in the minds of the terrorist that the foreigner includes the Indian," he says. The Saudis, he adds, have shown themselves to be "incapable of stopping the terrorist or dealing with him", referring to the deal brokered by the authorities which allowed three of the terrorists to slip out of the cordon sanitaire thrown around the complex in Al Khobar.

Indeed, experts say, Saudi Arabia's inability to check terrorism is extremely worrying. As Sherard Cowper Coles, British ambassador to Saudi Arabia, told the bbc, "Terrorist attacks are clearly possible, I'll go further than that...they're probable." In such a scenario, Indians are sitting ducks. Until very recently, they were the underclass in Saudi society, but with the rising demand for professionals in virtually every sector, educated Indians have visibly swelled the elite. With more than two-thirds of Saudi society living outside the gilded aristocracy of the House of Saud, the elite Indians have become vulnerable because they are perceived, willy-nilly, as royal family supporters. Al Qaeda's been targeting the House of Saud for its pronounced pro-western tilt, and for its failure to introduce the promised political, social and economic reforms.

For, when the Afghan jehad drew to a close in the early '90s, thousands of young Saudi fighters returned home. The more affluent returned to the balm of family businesses and royal largesse but the vast majority remained outside the pale, becoming willing recruits for terror. Says the senior diplomat, "The cardinal error the ruling family made then was to ignore them rather than actively assimilate them into normal society. These were men trained to make war, who returned from a 'just' war to suddenly find that their own rulers were corrupt, materialistic and to their mind not following the true path, while depending on foreign (read Americans) infidels for security."

This perception has been influenced by the strident, militaristic and puritanical Wahabi movement which the Saudi state had actively promoted. Its adherents are now a part of the underground network determined to cleanse Saudi Arabia of all foreign influences. Worryingly for Indians, they've now been lumped with Americans and Britons as foreigners.

The attacks on westerners fit into this pattern. The May 30 attack on Al Khobar was preceded by a shooting rampage at a petrochemical facility at Yanbu on May 1 that killed five westerners. The brazen attacks have sent oil prices soaring, an avowed goal of the Al Qaeda website-"Preventing cheap oil from being delivered to their masters." The website goes on to add, "Saudi's importance lies in the fact that apart from being the world's largest exporter of oil, it has surplus supplies that can help in case of supply interruptions." Al Qaeda's goal of targeting oil workers in Saudi therefore strikes at the nerve-centre of western commerce.

No wonder, analysts fear Saudi Arabia could slip into a vortex of violence that could see more random shootings like the one that claimed Monis' life. The heartwarming story about the one Indian who flew home to his family in Dubai after a harrowing 20 hours in a hotel bathroom can only be more of an exception than a rule.Bhaskar Venkataramani was lucky.Will the other Indians who live and work in Saudi Arabia be equally fortunate?

The RAW And The Cooked: Whose Spy Was He?