Argues that the creative potential of capitalism has not been realised because of big bad incumbents — in India we love to call them 'vested interests' —and the even bigger and 'badder' government. 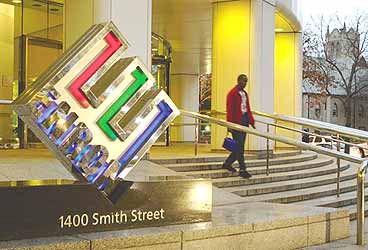 The first line of the book leaves no ambiguity about the ideological inclinations of the authors: "Capitalism, or more precisely, the free market system, is the most effective way to organise production and distribution that human beings have found".

The authors argue that the creative potential of capitalism has not been realised because of big bad incumbents—in India we love to call them "vested interests"—and the even bigger and "badder" government. It would be unfair to say the authors are simplistic for they sincerely believe a "truly free and competitive market occupies a very delicate middle ground between the absence of rules and the presence of suffocating rules". This has rendered capitalism in its best form very unstable. The authors say the biggest danger to capitalism is not from fire-spewing union leaders but from executives in pin-striped suits who extol the virtues of free markets publicly but do everything in their power to extinguish competitive markets. Whether it is the indigent cane stool maker from Bangladesh or the Stanford-educated would-be entrepreneur, what both need desperately is free access to finance. And voila! Both enter the brave new world of free enterprise capitalism to which they have been denied access by entrenched business barons.

The few references to India in the book are illuminating. It is pointed out that the growing disparity between the booming west and south and the relatively stagnant central and northeast parts of the country is, to some extent, a consequence of the manner in which land was distributed and property rights granted in British India.

Without trivialising their deep insights into history, after reading the book, one felt that if indeed capitalism had to be saved from the clutches of villainous capitalists, one only wished that India could be saved from (you guessed it) Indians.