The growth rate stagnates as reforms flounder. Job insecurity and the global slowdown compound the dull ache even further. 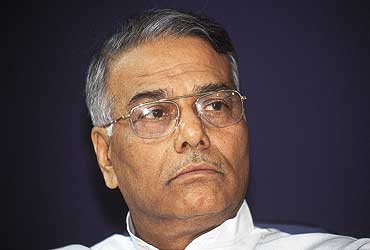 outlookindia.com
-0001-11-30T00:00:00+0553
This April, 10 full years after liberalisation, the Union government achieved a small feat. It began a new fiscal year with a negative balance. With a Rs 9,000-crore shortfall in receipts, it was forced to complete almost a quarter of its annual borrowing programme in the first month of the year. Result: the fiscal deficit for 2000-01 could breach tape to reach 5.3 per cent of gdp. (It may not ultimately, because of statistical fiddling, but that's besides the point). Even the finance secretary admits that a 10 per cent combined fiscal deficit (of Centre and states, excluding the oil pool and public sector deficits) is simply unsustainable.

Affairs of the state are like consumption, said Machiavelli. In the early stages, it is difficult to diagnose but easy to cure, while as time passes, it becomes easy to diagnose but difficult to cure. The explanation fits India's growth situation like a well-knitted mitten—we all know what needs to be done to get higher growth that is so essential to raise all income levels faster, but nothing seems to be working on the ground.

In the post-reform years (1992-93 to 2000-01), gdp grew at an annual average of 6.4 per cent, higher than 5.6 per cent in the '80s. Whetting appetite for 7 per cent plus growth. As nipfp chairman Ashok K. Lahiri says: "We're just not prepared to accept a lower growth rate despite local constraints, US recession fears and global slowdown."

Even a year ago, an 8 per cent growth was in the realm of possibility. The Ninth Plan had started off with an assumption of 7 per cent growth, later scaled down to 6.5 per cent. But even though the monsoons have consistently sided with various Indian governments, the 7 per cent phase seems to have conclusively ended. Growth has slipped steadily from 6.8 per cent in 1998-99 to 6.6 per cent in 1999-2000 and less than 6 per cent (expected) in 2000-01—the alarm bells have been ringing hard this year after 1999-2000, a good year for industry.

Car sales fell by 7 per cent last fiscal, non-oil imports dipped 15 per cent, rural demand was at an abysmal low after granaries overflowed and water scarcity hit wide regions; even TV sales have dropped! Says K.N. Memani, partner, Ernst & Young: "There's no confidence at all. People have stopped spending and government expenditure has been reduced drastically. There is hardly any investment in infrastructure." Adds Rajiv Karwal, senior VP, consumer electronics, Philips India: "There's definitely a market slowdown. The colour TV market has grown by only 2 per cent. And with companies tightening their belts, the workers are in fear of losing their jobs and putting off spending their surpluses. The lack of the feelgood factor is palpable."

With the fear gnawing in every heart, will 5-6 per cent become the new Hindu rate of growth? Former chief economic advisor Shankar Acharya has a few reasons to believe so. One, the productivity-raising effects of the reforms of the early 1990s petered out by 1997 and later reforms never reached that intensity. Two, the continuing bottlenecks in infrastructure and its development. Three, poor rural infrastructure and distorted pricing of inputs affecting agriculture. Four, poor performance by Gangetic plain states with 30 per cent of the population. Five, toughening external environment, with rising oil prices. And finally, stagnating real investment in industry, caused in the main by high fiscal deficits keeping real interest high. Says Acharya: "High continuing fiscal deficits are by themselves undesirable because of their severe economic costs and unless they're brought down, there's no way we can expect higher growth."

Bibek Debroy, director, Rajiv Gandhi Foundation, agrees. "There are structural problems. Globalisation implies exposure to business cycles and we're in the downturn. Sentiments are negative—gold, stockmarkets, real estate are all down. Plus, there is an adverse wealth effect due to job insecurity, freeze on increments etc. Not much the government can directly do to get out of the cycle." Adds Mihir Rakshit, a former isi professor and director, research, icra: "For the first time, real investment in manufacturing is negative. That is an alarming situation."

To gauge how alarming it is, look at the combined fiscal deficit figures at the time of the exchange crisis at the beginning of the 1990s and now: it's the same. In 10 years, we've come full circle—the only difference is a comfortable forex reserve of about $40 billion. On the other hand, household savings (exclude physical savings like house, land etc which are not transferable) was an average 10 per cent in the 1990s, the same as the fiscal deficit figure. Therefore, the pressure on interest rates and the crowding out of private savings and investment so essential to raise growth, especially in a situation where public sector saving is negative.

The other structural problem affecting growth is the savings rate and the low efficiency of investment. We have had a savings rate of 20-25 per cent for the past 20 years, which though high are much lower than the model East Asian average savings rates (the main component of which is public savings). Secondly, the composition of India's financial flows is rigid—20 per cent goes to the government and fixed-rate loans and advances take away about 40 per cent. Much of this could come to the capital markets, which intermediate only about 10 per cent of the flows, with financial reforms. And huge funds could be used for some real productive purposes if the fiscal deficit were to plummet.

Of late, India's growth hopes were buoyed by the booming services sector, major among which was software. But this is precisely where the danger lies. Says economist Ashok Desai. "India is at an incipient stage of the Dutch disease, when an export boom would lead to an overvalued exchange rate and traditional industries would become uncompetitive and ask for and get high levels of protection, making them even more uncompetitive. The solution is simultaneously to devalue and reduce import duties gradually." Adds he: "However, if the export boom and the resultant breathing space in the current account can be managed well to raise savings and productivity of investment, we can aspire to a higher long-term growth."

So, for 7-8 per cent or higher growth, we need big-ticket reforms: