Striking A Flint Near Heaped Combustibles

M.J. Akbar brings new insight to Pakistan’s past, but fails to fully plumb its maddening present and possible future 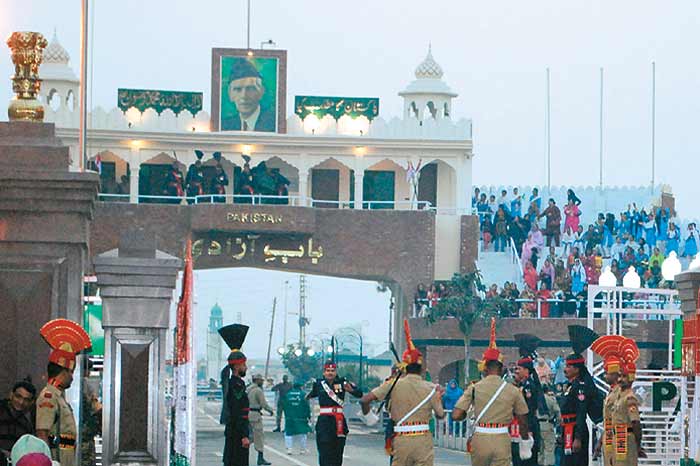 The modern Indian political imagination can count many remarkable achievements to its credit—not least, the capacity to envisage a multi-religious and plural democracy. But one of its most spectacular and consequential failures has been its inability to imagine Pakistan: in the past, to foresee what made so many want it; in the present, to grasp its unrivalled capacity to make chronic crises its means of survival; and looking ahead, to assess its possible futures.

That failure of imagination and judgement continues. Even as Pakistan’s possible futures weigh upon our own, we seem content to outsource the problem to others, specifically the Americans: let them produce research, develop and prosecute policy. Our hope is that we can get away with minimum involvement—contain Pakistan, perhaps the problem will go away. It won’t. More urgently than ever, we need to understand better, to diversify policy options, and to create a repertoire of policies. Above all, we need to concentrate on what we should and can do if it all goes wrong.

M.J. Akbar, one of India’s veteran political commentators, promises in his new book to illuminate the past and future of that country. The larger part of Tinderbox tries to bring new focus to a perennial, obsessive Indian question: why did Pakistan actually come into existence, and who really is responsible for it?

Answering that itself turns on a prior question: what actually did come into existence in August 1947? Was it, as Jinnah seemed to hope, essentially a secular nation-state, designed to safeguard the interests of Muslims? If so, then Pakistan is presumably best explained in terms of the history of modern nationalism, a history shaped by the search for territorial security and state stability. Or was it the realisation of a theological project, the attempt to create a worldly instantiation of the ummah—necessarily indeterminate in its territorial shape and extent, since it promised to be at once a universal refuge for Muslims across the world and a vehicle for Islam’s global spread? In that case, Pakistan should be explained in terms of Islamic theology and ideas, in particular that of jehad.

Akbar dwells at length on the question of Pakistan’s origins: are they set deep in the subcontinent’s history, along a necessitarian groove? Or do they lie no further than the heaped contingencies of the 1920s and ‘30s? He opts for a middle position, finding origins in mid-eighteenth century Muslim insecurities brought on by Mughal decline. Out of this felt vulnerability came figures like Shah Waliullah, who initiated a move away from mystical and popular Hindu traditions across the subcontinent, and towards a virtuous polity of the pure—what Akbar calls the ‘germination of the idea of Pakistan’.

This seed came into manifest form through an intellectual lineage. Sayyid Ahmad ‘Barelvi’ gave a martial interpretation to Waliullah’s meditations on jehad and waged wars across northern India in the 1820s and ’30s. Post-1857, his namesake, the modernist Syed Ahmad Khan, saw English education as the tool to free Indian Muslims from a ‘fatal shroud of complacent self-esteem’, and found new terms—‘nations’—to press the argument for distance and separation. Jinnah, the liberal and lawyer, committed to individual rights, with little time for religion—unless it could offer political gains. And then a late twist was provided by Maulana Maududi, who died in 1979, just as General Zia-ul-Haq began to meld theology and state.  Akbar recounts an intricate story, parts of which are told with greater subtlety by Ayesha Jalal in her recent Partisans of Allah. It is surprising to see no reference to any of Jalal’s work in Akbar’s sources.

But when it comes to analysing Pakistan today, and how it might be tomorrow, the book disappoints. Much of the information in the later chapters is gleaned from the American press and policy publications, and this material is not transformed into new interpretation or insight as to how India might handle this ‘tinderbox’. Fertile in his metaphors, Akbar concludes that Pakistan is in ‘danger of turning into a toxic “jelly state”, a quivering country that will neither collapse not stabilise’. Hardly a reassuring thought for India; but perhaps even less reassuring is our continuing intellectual failure to take Pakistan’s measure.