A daring, disturbing even if a trifle convoluted and meandering exploration of the ugly urban underbelly through three decades—’70s, ’80s, leading up to December 1992. 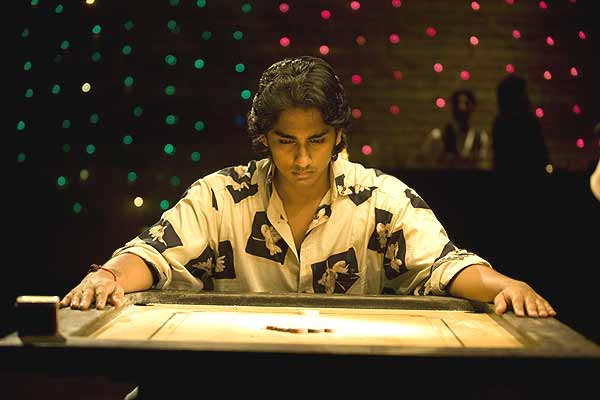 In a way, it’s good to go for Striker thinking it’s merely about the game of carrom and be pleasantly surprised to find it offers a lot more. The slice-of-life film hits you like a bolt from the blue. Set in the Mumbai ghetto of Malvani, Chandan Arora’s film is actually a daring, disturbing even if a trifle convoluted and meandering exploration of the ugly urban underbelly through three decades—’70s, ’80s, leading up to December 1992.

The life of the city finds a parallel in that of young Surya (Siddharth) and those around him. We begin with Surya in 1992 facing the reality of communal riots. The narrative then keeps going back and forth in time. Surya gets initiated into the world of carrom by his elder brother, becomes a junior champ at 12 and then abandons the game to look for better pursuits in Dubai. Duped by the agent, he looks to carrom again for making quick money. Soon he finds himself sucked into the world of carrom hustling, betting, gambling, and racketeering, a world of crime that swiftly tips over into a communal cauldron.

What is it like to grow up in such a volatile and explosive environment? What do friendships and relations here mean? Arora knits a nice tapestry of relationships, presents fine vignettes, especially Surya’s friendship with the good-natured Zaid (Vikal). Surya’s relation with his elder brother is absorbing but sketchily presented and his love interest(s) (especially the guilt of rape in his second relationship) don’t get very well grounded either. Arora captures the mood and feel of the place with great authenticity, the carrom games are superbly shot. He also digs out controlled, competent performances from most of his cast, Vikal and Siddharth walking away with the audience sympathy. In fact, the only over-the-top character is the menacing villain Jaleel (Aditya Pancholi), the Scarface. However, the biggest problem with Striker is the endless voice-over, explaining the many strands. Also Arora begins by capturing the communal angle subtly and unobtrusively (especially when Surya takes the lead in Zaid’s burial or talks of Zaid’s mother’s trip to Mecca). However, towards the end the issue becomes too heavy-handed.