He saw the artistry closer than the rest—a tribute to warm, humane Sachin 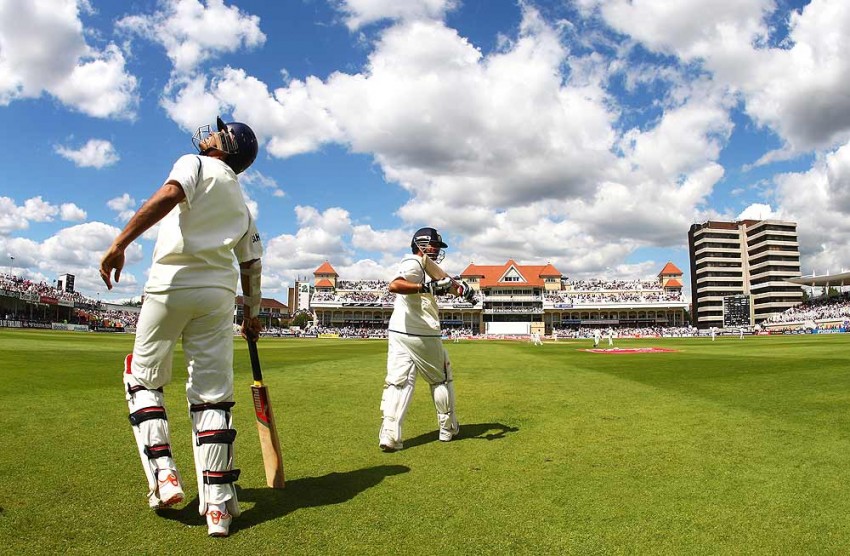 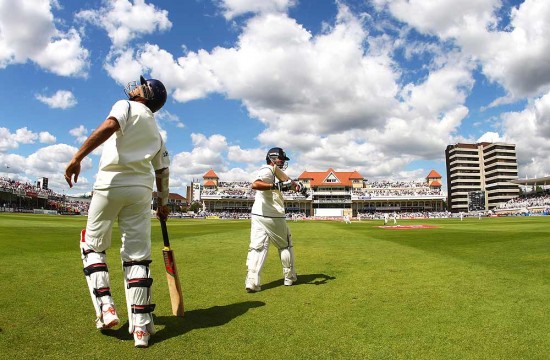 Sachin and I go back a real long way. The first time I met Sachin was at an under-14 camp at Indore. Both of us were 13, Sachin eight months younger, and we were there at the camp conducted by Vasu Paranjpe under the aegis of the Madhya Pradesh Cricket Association. Sanjay Jagdale, the current BCCI secretary, was instrumental in putting the camp together. The first thing I noticed was that the curly-haired boy from Bombay just loved to bat. He was the first at the nets and just kept batting. Such was his passion and intensity that Vasu had to eventually pull him out on occasions. Sachin would just bat, bat and bat. At the camp itself, everyone was talking about him and it was apparent to us all that he was blessed with special talent. He would hold the bat lower than the norm; this would mean that he’d not feel the pressure of his heavy bat. He already had all the shots in the book and timed the ball beautifully.

After that first meeting, Sachin had catapulted himself into national reckoning within a couple of years and had already scored hundreds at the Ranji and Irani trophies before he was 17. It wasn’t a surprise that at 16 he was picked  for the Indian tour to Pakistan in 1989. I did not watch many of his knocks in Pakistan as I was touring with the Bengal team. However, the one match I watched was the one in which he took apart Abdul Qadir. It was a rain-curtailed ODI reduced to a 20 over a side exhibition contest. However, when it is an India versus Pakistan match, it can never be not seriously competitive. When Sachin came out to bat, the asking rate had gone well over 10 an over and India needed a miracle. That nearly happened thanks to Sachin. He went ballistic and scored 53 of 18 balls, and in the process hit four sixes off Qadir to all corners of the ground. It was incredible hitting. Once again, it was an announcement to the wider cricket world that he was special. Eventually, India lost by a meagre four runs.

We again met during India’s tour of Australia in 1992. I was part of the team but wasn’t expected to play the Tests while Sachin was gradually establishing himself as the team’s premier batsman. Importantly, we were roommates during this tour and I clearly remember him in Sydney, on the night before he went on to get his first century in Australia. India was down 0-2 and we needed to play well in Sydney to regain some confidence. Sachin just refused to sleep that night. I remember telling him that if he was to play next day he desperately needed to sleep. He said he just couldn’t, and started telling me where he would hit McDermott and the others! By midnight I was asleep, leaving him to his devices. The next day he told me that he was starved of sleep and that he’d nap on the dining table in the team dressing room at the SCG. Later, I was asked to wake up him up at the fall of the next wicket. Sachin was about to bat at number six, and I woke him up when Azhar got out. He said he was refreshed, now that he’d had some sleep. It was odd how he could sleep on a dining table! He played an amazing innings of 148 not out and I believe we should have won that Sydney Test. 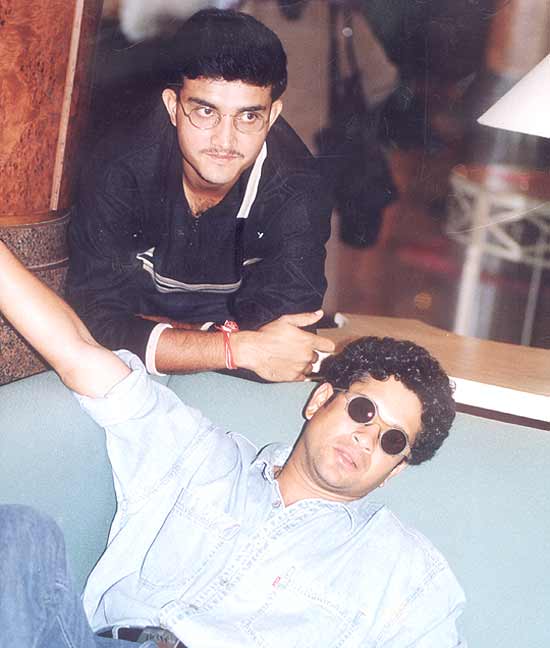 However, his best of the series was yet to come. It came at Perth in what was the world’s fastest wicket. The WACA pitch now is clearly slower than it was in 1992, and it was undoubtedly one of the hardest wickets to bat on. Sachin’s height made it more difficult for him to negotiate the exaggerated bounce, for it was impossible for a short man to get forward to the pitch of the ball. Yet he managed to play shots in front of the wicket. I can say with certainty: it was the best innings of his career. To score a hundred on that wicket against the Australian bowling attack was simply sensational. Most of our other batsmen weren’t even able to get bat on ball and here was an 18-year-old putting together a batting master class.

After the Australia tour, I was dropped from the Indian team and it was in 1996 that Sachin and I again shared the dressing room—in England. I had batted well in the tour games leading up to the Tests and he came up to me one day to say my opportunity would come soon. I hadn’t played the first Test and though he got a hundred at Edgbaston we lost the match and conceded a 0-1 lead to England. I got my chance in the second Test. I was to bat at three, while Sachin was to bat at four. We were both not out overnight in our first partnership and he kept telling me to play straight and get behind the line of the ball. Next morning, he got out to a peach from Chris Lewis while I managed to get to a century. At tea when I went back to the dressing room, my bat had started to make a creaky sound as a result of the pounding it had taken. Sachin came up to me and said that as I had to go and bat I should drink my tea while he would tape my bat up. He did so, and I could keep playing with it through the innings. At the end of the day he said it was just a start and I should not give it away. That I had a long Test career ahead of me and should make the most of my talent.

We played a tour game between the second and third Tests at Hampshire in which I batted with one of Sachin’s bats because mine was broken. Our bats were of the same weight and I remember walking up to him to ask if I could borrow a bat of his. He was accommodating as usual and once again I got a hundred. Most of the other teammates were way senior and hence I couldn’t really ask them for their bats. Sachin and I were friends for close to a decade and it was par for the course.

In the next Test at Trent Bridge, we both got hundreds. I remember in one particular session before lunch, he was finding it extremely difficult to negotiate the swing. He was beaten a number of times but being a true great was still not out on 30 or so at lunch. I was unbeaten on 44 when we went back for the breather. Watching from the other end, I felt Sachin was going too hard at the ball when he could have just timed the deliveries. Over lunch I told him in a hushed tone where he was going wrong. Post lunch, he was a different batsman. In fact, he reac­hed his hundred before me and Geoffrey Boycott said on commentary that he wondered what Sachin had eaten for lunch, for he had come out a completely different batsman. 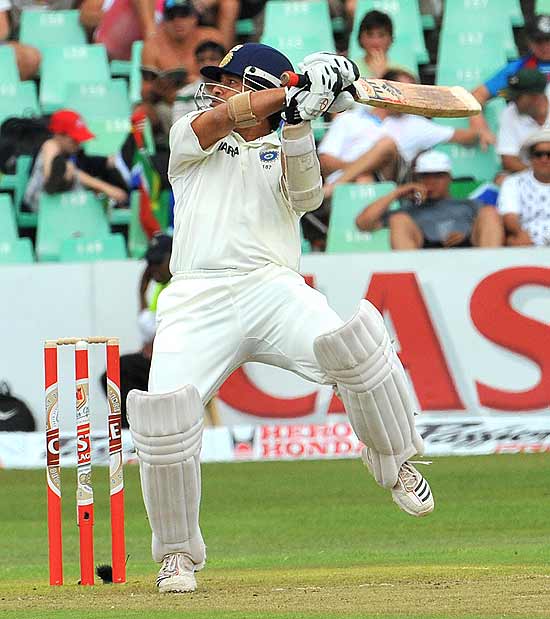 Another cut at Kingsmead, Durban in December 2010. (Photograph by Getty Images, From Outlook 29 April 2013)

Suffice to say, he is the greatest cricketer I have ever seen. I haven’t seen Bradman, but he is as close to perfection as you can get. His insatiable hunger, combined with incredible talent, makes him a real genius. When people criticise him, all I point out to them is the 100 international hundreds. Can you imagine the hunger and motivation of a player who has achieved that? The difference between Sachin and a really good player is that the latter, if he scores a hundred in the first innings and has once again scored a fifty in the second, will, in all likelihood, play one loose shot thereafter. It happens to us all. Sachin, however, will leave nothing to chance and will get the second innings hundred as well. That’s why I always say that Lara was a great and Ponting too was brilliant, but Sachin, without any hesitation, is the greatest.

I will not be exaggerating if I say that barring Sachin, no one knows his game better than I do. In fact, on occasions I could read his mind with consummate ease. If he shuffled across to the off side with his feet at an angle, I could sense that he was lining himself up to go over square leg. In fact, it once happened that he was trying to hit Shaun Pollock over square leg and was moving towards his off stump to do so. The pitch did not offer enough pace for the shot and it was apparent that the wily Pollock wouldn’t bowl him a short one. I went up to him and told him as much, and he soon changed his plan of attack.

Of course, he would do the same to me and on many occasions cautioned me from trying to play too many shots on the off side. Having batted for years together, we could read each other’s mind and that made batting together enjoyable.

While I can keep going on and on about the best batsman I have seen and played with, for brevity’s sake I will restrict myself to talking about one more incident. This is about the 2003 World Cup in South Africa. It was a tournament where we played some of our best cricket ever and Sachin was in imperious form right through.

Before the tournament there was a debate over his batting position. I felt he should bat at number four and guide the middle order. Needless to say, I was wrong. We had a meeting in South Africa between John Wright, Anil Kumble, Sachin and myself, and Anil suggested that he should open the batting for us. I asked Sachin what he wanted to do and he preferred to bat at the top of the order. I had never imposed my wish on my teammates and agreed to the proposition. The rest, as they say, is history. Sachin tore into opposition bowling attacks and was instrumental in guiding us to the final. And this included playing one of his best knocks ever against Pakistan at Centurion on March 1, 2003.

Pakistan had scored a challenging 273 batting first. While walking out at mid-innings I asked Sachin if we should have a team talk. He was clear we shouldn’t. He said we were already playing very well and there was no need to disturb the momentum. Talk would only end up confusing the boys. I dropped the idea and left it to him to go out there and play his game. Needless to say, he did. We hit 60 in the first five overs; soon it was all over for Pakistan. Sachin had once again done it for us with an innings of the highest calibre. It was definitely the tournament’s most high-pressure encounter and he had delivered when it mattered the most.

While wishing him a very happy 40th birthday, it is time I say it for one final time. He is the best I have seen and will perhaps ever see. No batsman in the next fifty years can score 100 international hundreds. Well done, my friend.