Kashmir holds a burning mirror to a self-deluding India 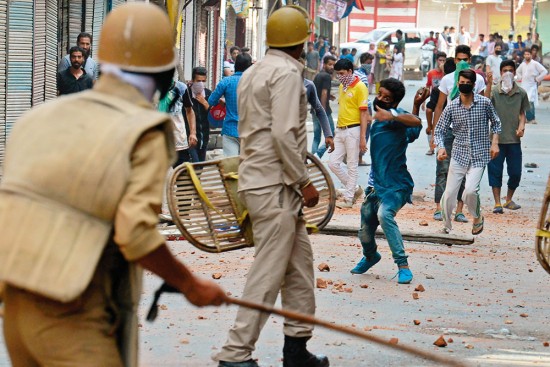 As any student of literature will aver, the theoretical question of why one writes, and for whom, is pored over quite early in an undergraduate programme. That is the question, transplanted onto journalism and Kashmir, one must by now face. What is the point, a part of me still asks, despite my past years of working in the India media, of this brief column? Do I still have residual hopes of inflecting Indian public opinion on Kashmir? The issue isn’t quite resolved; but do be aware there is a debate in Kashmir that Kashmiris should boycott all forms of Indian media.

That’s a minor illustration of a basic, irreducible rea­lity in Kashmir: it’s not namby-pamby alienation that Kashmiris have vis-a-vis India (or, more precisely, the Indian state), it’s visceral hat­red of probably the most brutal and deceptive occupations in modern times. A hatred generated by decades of being humiliated, cheated, opp­ressed, raped, tort­u­red, jailed, killed...then being told we are the terrorists/fundamentalists, or being asked to ‘move on’, or believe in something called ‘Indian democracy’. This isn’t rooted in anger or hatred alone. It has deeper roots in the idea of, and struggle for, justice and freedom. Here, militants, including the hugely loved Burhan Wani, are freedom fighters against a brutal Indian force (perhaps you think rape, torture, using human shields et al, with laws to protect you, is bravery; that bulletproof-vested, machine-guns-toting Indian forces sitting in fortified vehicles ‘daring’ teenagers with stones in their hands is bravery?). And when they die, given the inevitability of one Indian soldier for ten Kashmiris, they die as heroes.