Stomach For A Bigger Slice 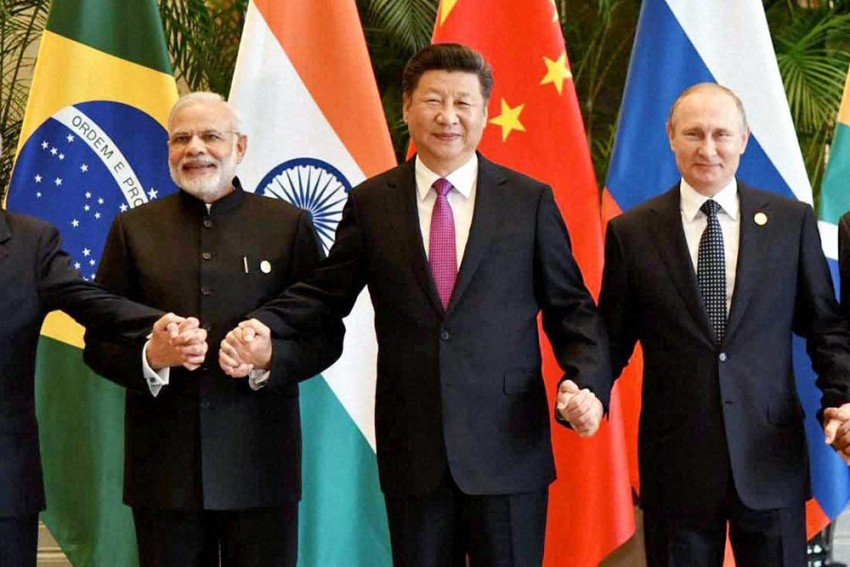 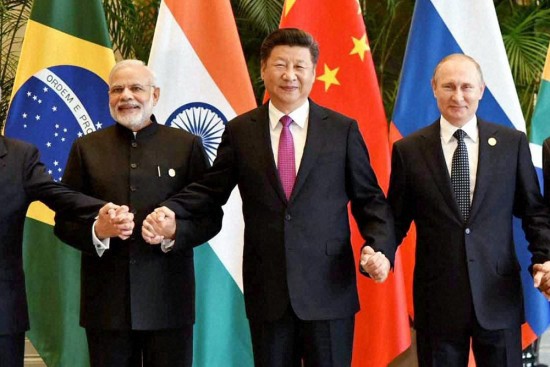 From Chanakya To Modi: The Evolution Of India's Foreign Policy
By Aparna Pande
HarperCollins | Pages: 212 | Rs. 599

It is probably impossible to und­erstand the foreign policy of any country unless you have an app­reciation of its national culture. With India that is a complex thing, since the India we know is one that was shaped by the colonial experience. Indeed, the salience of English in its intellectual discourse, especially that related to foreign and security policy, is a manifestation of this.

Yet, the frequent references to Kautilya (another name for Chanakya) whose ideas are seen as quintessentially Indian, indicate that there is a deeper yearning among Indians to reach deep into their culture to understand themselves. Of course, as Pande points out, a culture as rich as ours has multiple inf­luences, not in the least those emerging from Buddhism and Jainism.

Indian exceptionalism manifested its­elf early in the republic when Jawaharlal Nehru, a keen student of history, sought the status of a Great Nation for his country, rather than participate in the politics that were shaping the Great Powers of the time. This search for the high ground in global politics was an inevitable result of the fact that India was seen as a country that had attained independence through a self-conscious exercise of non-violence led by a modern saint, Mahatma Gandhi.

Yet, it is wrong to classify Nehru as an idealist. Not many people know that following the announcement that the Chinese intended to ‘liberate’ Tibet, Nehru asked his Army chief General Cariappa whether the Army could confront the Chinese in Tibet. Cariappa categorically told him that India, which was already involved in fighting off the Pakistanis in Kashmir, simply lacked the capacity. Nehru not only got Cariappa’s opinion verbally, but in writing. It was only thereafter that he evolved a policy, flawed though it was, of dealing with the consequences of China becoming a direct neighbour of India.

Pande has done well to bring out the multi-faceted nature of Nehruvian policy, engaged as it was in consolidating nationhood and democracy and at the same time pursuing modernity. Nehru’s problem was the fact that following the death of Sardar Patel and his estrangement with C. Rajagopalachari, he loomed so large over the system that his flaws were magnified.

India has world power ambitions, but we are yet to see an over-arching strategic vision or the process of building the institutions, especially the military, to pursue it.

Through all this, following William Russell Mead, Pande identifies four trends in Indian foreign policy—imperial, messianic idealism, realism and isolationism. One could probably take issue with her over whether India’s INS­istence in remaining non-aligned was a result of isolationism or practical realism which enabled it to become collateral casualty in the war of the Blocs, which was fought out in the Third World.

Pande’s book is not a simple narrative, but a deep analysis which looks at foreign policy through the prism of India’s heritage, as well as the ideas and individuals who shaped it, the principles and interests that they pursued and the INS­titutions and strategic culture they have created.

She is realist enough to distance herself from those who think that India has already arrived. She points out that India lacks both the military capacity and institutional structure to act as a major world power at this juncture. Whether or not it has the stamina is perhaps a bigger question. India is not the only country that has stumbled on the world stage; there is the famous exa­mple of Argentina, blessed with everything, except the ability to transform potential into capacity and further shape it into capability.

India faces the same challenge. Every­one knows what is required to be done. The issue is whether we can get the kind of political leadership with the ability and the stamina, of the kind displayed by the Chinese leadership between 1980 and 2010, to take the country ahead.

Narendra Modi and his government have promised to do so. But so far all we have seen is a considerable vigour of the prime minister in visiting various countries, but we are yet to see an over-arching strategic vision, or the process of building the institutions, especially the armed forces, to pursue it. Modi knows that building a world-class economy must be at the heart of this venture. But so far we do not see signs that the country is on the track of high economic growth that will also be sustainable. Neither do we see signs of the kind of restructuring and reform needed to pursue those goals. The author, the daughter of a retired senior civil servant, is politely sceptical as to whether a system aimed at maintaining a “colonial enterprise” can really deliver.

The Edifice That We Were