An IPS officer takes on the mighty Mulayam 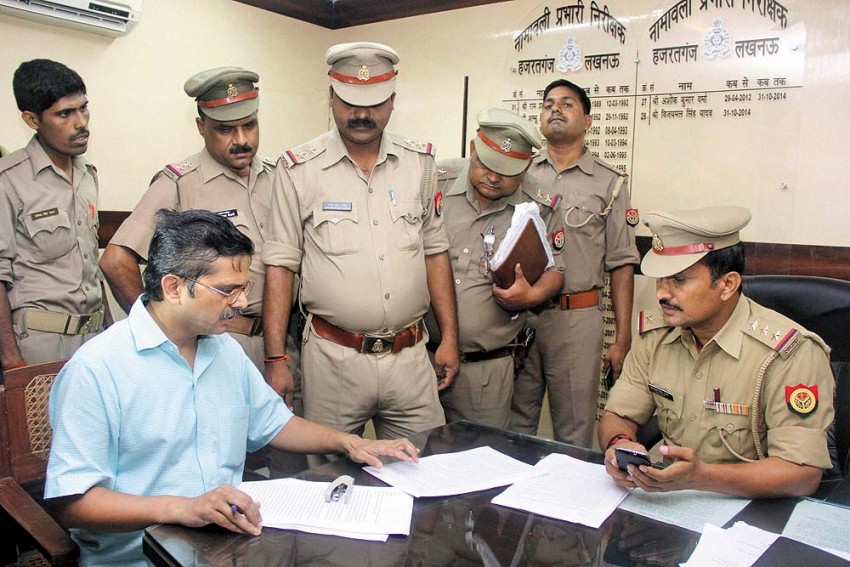 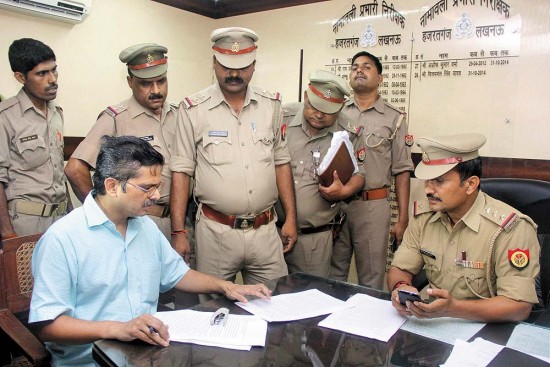 Mulayam Singh Yadav, the Samajwadi Party supremo, cannot keep the pehalwan in him in check for long. The jostle this time is with Amitabh Thakur, an IPS officer who (with his lawyer wife Nutan) has been time and again tripping up the state gov­er­nment. Thakur, currently an ins­pector-general for civil defence, has rel­eased what he says is an audio clip of Mulayam threatening him over the phone. It looks like a long scuffle ahead—for the Thakurs have a record of tenacity. As serial litigants and RTI activists, they have often raised interesting and notable issues, but have also been warned on occasion by the courts on their pils. Recently, Amitabh had at his own initiative videographed the dying declaration of journalist Jagendra Singh of Shahjahanpur, who died of burns after allegedly being set ablaze by policemen.

Mulayam’s grouse against Amitabh rel­ates to the couple’s crusade against UP mining minister Gayatri Prajapati, known to be close to the SP supremo. Though Mulayam’s son Akhilesh Yadav is the chief minister, it’s the father and his brother Shivpal who wield influence. Nutan has filed innumerable RTIs related to mining and recently complained to the Lokayukta that Gayatri was behind a lot of illegal mining activities. When the Lokayukta declined to take cognisance of it, the Thakurs succeeded in getting a criminal case registered through a court order. It was after this that Amitabh went public with the audio clip and registered a complaint on July 11 naming Mulayam.

Retaliation was swift. The same night, a six-month-old complaint by two women to the UP State Women’s Commission that Thakur had raped them was revived and made part of an FIR against him. The wording of the complaints is strikingly similar. Strangely, Nutan has been made a co-accused for facilitating the rape. Amitabh flew to Delhi to make a representation to the Union home ministry. By the time he returned to Lucknow, the state government had taken a series of actions.

“When netaji (Mulayam) can scold the CM, I see no wrong in him scolding an IPS officer,” says UP CM Akhilesh Yadav.

Amitabh’s suspension was announced late on July 13, after he attacked Mulayam on a TV debate on a national news channel. A police station in Lucknow had had the statements of the alleged rape victims recorded before a magistrate; medical examinations were carried out. And, while Amitabh was away, the women were brought to his residence. The officer says this was done to familiarise them with the house and tutor them so as to lend credence to accusations that are patently false.

Inevitably, political clouds are gathering over this scrap. Both Congress and BJP leaders are criticising the state government. “Why is Amitabh Thakur being targeted now for acts allegedly committed much earlier?” asks UP Congress chief Nirmal Khatri. “The government’s action is to do with his daring to take on the Samajwadi Party supremo.”

The Samajwadi Party is hoping the Union home ministry will go easy on Amitabh’s complaints against the state government. Recent developments have led to some rapport between Union home minister Rajnath Singh of the BJP and Mulayam. Knowing that the odds are against him, Amitabh is planning to go to the courts. He also hopes to get the CBI to inquire into his allegations.

As a police officer, he possibly knows he is up against a tenacious opponent. He’s also up against that might-is-right attitude and a persistent patriarchy ingr­a­ined in individuals and running thro­ugh society. Some years ago, a foreign correspondent questioned Mul­a­­yam on the perception that his party patronised criminals. The pehalwan-politician said, “In our Etawah, it is common for people to whip out a gun and shoot someone over even as trivial an issue as drawing water. That does not make them all criminals.” As for the CM, all he has to say on the Thakur affair is, “When netaji (Mulayam) can scold the CM, I see no wrong in him scolding an IPS officer.”

So How Do You Want To Carve It?