Gauri Lankesh never compromised with truth-telling. This anthology charts her career, including that courageous switch to Kannada journalism. 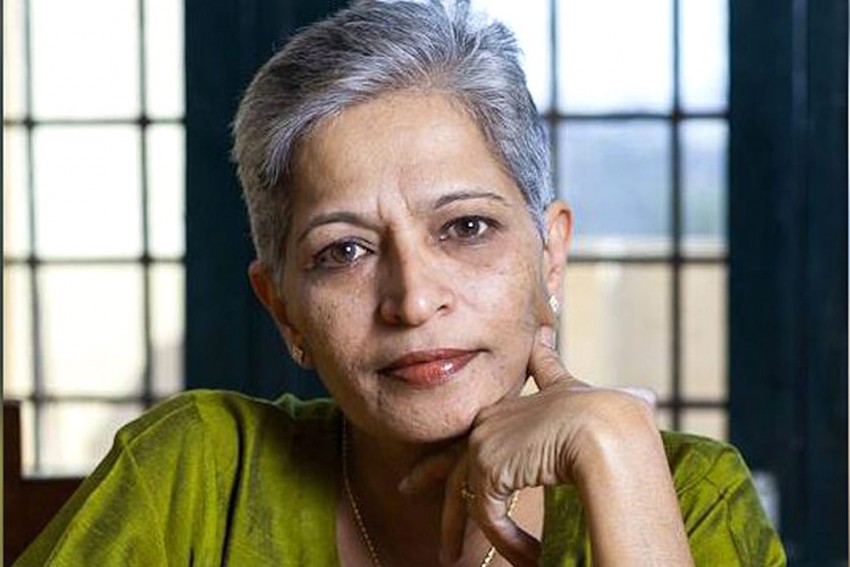 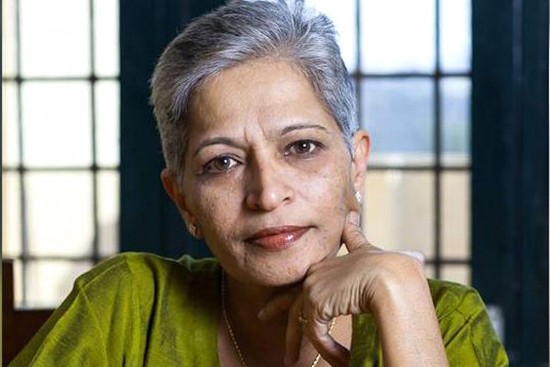 Journalist-activist Gauri Lankesh’s killing was not only shocking, but unexpected, because Karnataka had never witnessed such a cold-blooded murder of a well-known lady scribe. The Way I See It, a collection of some of Gauri’s best articles, and tributes paid by her friends, brings out multiple facets of the journalist, and provides deep insight into her career, thoughts and views, and into her successful transformation from a journalist to an activist, which led to confrontations with political parties and Hindutva organisations.

Her friend Chandan Gowda, who tea­ches at Azim Premji University has done an excellent job in selecting articles that make the book a comprehensive and int­eresting read. Gowda has edited the book to include hard-hitting stories and columns written by Gauri during her career as a mainstream journalist working for leading English publications; articles in Kannada published in her father’s tabloid, Lankesh Patrike; profiles of people who influenced her and her important but controversial columns in Bangalore Mirror, The Wire and Tehelka, among others. Articles written on Gauri by some of her close friends, including journalists and friends, form the last section.

Gauri’s reportage on mysterious deaths at Sai Baba’s ashram, the hunting down of LTTE militants in Bangalore and meeting a serial killer in jail are good examples of ’90s journalism.

People in Karnataka are familiar with Gauri’s writings in Lankesh Patrike, which made her a household name for taking head-on the high and the mighty. The first section, ‘Early journalism in English’, is a good attempt to bring out Gauri’s stint in the mainstream media, especially Sunday magazine. Her analytical article on Sat­hya Sai Baba and the death of four of his followers under mysterious circumstances at the godman’s abode is a great reminder of what transpired in the ’90s. The chilling deaths of the four disciples received a forced burial, which wouldn’t have been possible in this age of social media. Likewise, her article on the hunting down of LTTE militants Sivarasan and Subha (part of the team which plotted and killed former PM Rajiv Gandhi) in Bangalore provides interesting glimpses into ’90s journalism. She was probably one of the few journalists permitted to see the dead bodies of the militants in their Bangalore safehouse. The section also dep­­icts the multiple sensitive topics that Gauri chose to highlight, for instance, the detailed story on the serial killer and rapist Nagaraja and coming face-to-face with him in jail. Her analysis on the unc­eremonious exit of Veerendra Patil from the CM’s chair in Karnataka in 1990 provides insight into the polit­ICS of the Congress, whose main rivals back then were the various Janata Parivar parties.

It took a lot of effort and conviction for Gauri to step into the shoes of her father, after whose death the future of Lankesh Patrike, known for its firebrand journalism, was in doubt. Though Gauri was a Kannadiga, the book shows she did not hide the fact that she couldn’t master the language in school or college. She wan­­ted to become a doctor, but chose journalism as a career. Consequently, she was undecided whether she wanted to take over Lankesh Patrike following the demise of her father. But encouraged and motivated by her father’s peers, she reluctantly did so and managed to keep it floating. In a rare interview (with Rediff.com), Gauri describes her forced transformation from English to Kannada journalism.

The shift to tabloid saw a remarkable change in Gauri’s writing style. The sop­histicated and suave English was repl­aced by articles that took a direct dig at renowned personalities and delved at length on sensitive topics, often those with a communal angle. The character of the tabloid could have been the main reason for Gauri to adopt such a drastic change in her articles—some of which are part of the book. Translated versions of Kannada articles on Prime Minister Narendra Modi, the controversial Datta Peetha issue and Gujarat riots are indeed interesting.

The ‘Profiles’ section shows a different side of Gauri. Her articles on her father, mother, Kannada matinee idol Dr. Raj­kumar, theatre personality B.V. Karanth, and one of her biggest influences—Kannada writer Purnachandra Tejasvi—show how she drew inspiration from people hailing from different walks of life. Then come her best columns—which bring out the activist in her. Gauri had no qualms in directly attacking people fom­enting communal tension. Her concern for the Naxals, who were waging a battle in Karnataka, and her involvement with the government in bringing them to the mainstream are brave articles. The last section comprises articles on Gauri by her family, friends and journalists. In quick time, the book offers a glimpse into the life of Gauri as a writer, commentator and activist.

No ‘Authentic’ Data On Mark-Ups Yet