Partition has been exposed as a bad idea, since ’47 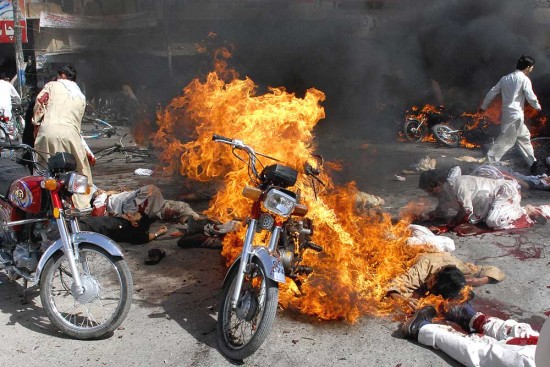 Jinnah’s two-nation theory was always a logically weak construct. The notion that people who had lived close together for centuries suddenly constituted two different nations because of their faith ignored the many different strands that make up the fabric of national identity. Since Pakistan came into being, the idea of a Muslim majority being a sufficient basis for nationhood has been exposed as a thoroughly bad one. Nevertheless, to advance his demand for Pakistan, Jinnah pushed his theory. The reality is, having governed much of the subcontinent for centuries until the British seized control, the Muslim upper class never reconci­led to the idea of becoming a minority under Hindu rule.

But even at Partition in 1947, the two-nation theory stood exposed as a feeble justification for Pakistan’s creation when millions of Muslims were left behind in India. There is some evidence to indicate that Jinnah was appalled by the sight of traumatised refugees trekking into Pakistan in their hundreds of thousands, carrying their few possessi­ons. He might have demanded the creation of Pakistan, but he had not bargained for the horrors of Partition. Luckily for him, he died long before the second setback to his two-nation theory came in 1971. As Pakistan’s most populous wing became Bangladesh follo­wing a bloody civil war, it became clear that religion was too thin a glue to hold the country together. Since then, Sindhi and Baloch nationali­sts have demanded their own states. The Moha­jirs, descendants of Indian Mus­lims who migrated to Pakis­tan, have asserted their ethnic identity.