The father of music videos and director of Teenage Mutant Ninja Turtles was in Mumbai to finalise his next film set in India, Prakash 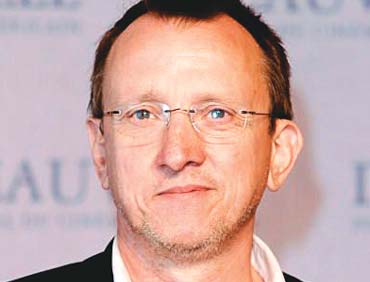 Most of the time I tried to start from ‘what have I never seen before’. Ideas would then develop purely from inspiration. Sometimes it worked and sometimes it didn’t!

What was your favourite music video to do? Eddy Grant’s Electric Avenue. Because it meant staying on a beach in Barbados!

How have music videos changed?

Videos in the ’80’s were about treading new ground. Unfortunately, now it seems more about imitation.

What did you think of the Teenage Mutant Ninja Turtles remake?

I wouldn’t call it a remake. It is a full CGI animated sequel that makes sense now that technology has moved on. Was a bit cold for my taste.

Moving to Indie films must have been quite a jump. What made you decide on it?

Over the years, my tastes changed and I found myself wanting to make the kind of formula-less and creatively free independents I was watching and enjoying.

Your new movie Prakash, set in India, details the life of a 8-year-old boy from an upper middle class IT family. Why pick that?

I was drawn by the cinematic landscape and cultural contradictions of this incredible country.

You’re working with Irfan Khan. Why did you decide to cast him?

He’s perfect for the role and brings a subtlety to his performance that is captivating and engaging wherever in the world you may be watching.

What locations in India are you shooting in?

Bangalore and perhaps the Nandi Hills.

When will the film be released?

What are your future projects?