Helped by global events, the new RBI guv brings cheer. Will it last? 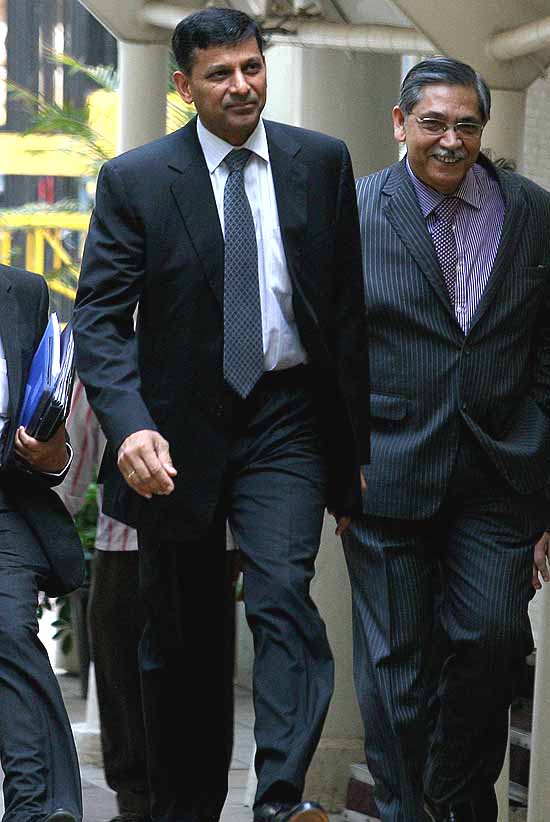 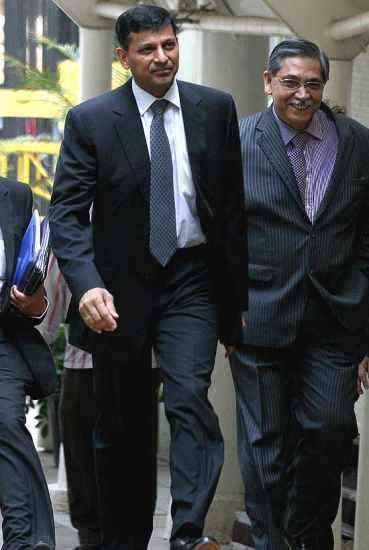 Five Big Questions On The Economy

There’s this all-around schizophrenia about the Indian economy’s fortunes today, best exemplified by a recent interview Aditya Puri, managing director of HDFC Bank, gave to Mint. “We tend to go into depression very fast. Not even two months, two weeks ago it was, O mar gaye (we are dead)! Today, it’s a little more optimistic.” Now who would have thought the credit for this change in mood would go to Reserve Bank of India governor Raghu­ram Rajan? Ind­eed, it’s ironical that two weeks ago some were talking about see­king IMF help in a repeat of the 1991 sce­nario. Now, the same ‘exp­erts’ are reassuring us that the feel-good sentiment is back.

So, is this all about just control over the perception management game, as the UPA seems to have done with Rajan’s help? Has anything changed at all? Or was the eco­nomy not in that bad a shape as it was made out to be? All that we know for sure is that the adulation will not last forever. “It would be unfair to put unreasonable expectations on the RBI, as it cannot solve all the problems,” warns Dr Shankar Acharya of ICRIER. “Perhaps 80 per cent of economic policy measures need to be taken by the central and state governments,” he adds.

There’s no denying that Rajan has inf­u­sed a sense of direction by his clear pronouncement of intent to take action. His communications strategy is different too. This story was written before Rajan’s first mid-quarter review on September 20. It’s unclear whether the RBI will touch interest rates, but the market knows by now (thanks to newspaper reports) that the RBI and finance ministry are working on lending mechanisms to ensure cheaper funding to banks for some types of consumer-friendly loans.

This comes on the back of Rajan’s other decisions—freeing up banks to set up branches; allowing banks to raise 100 per cent of their combined net worth and long-term borrowing from overseas and then swap it with the central bank, leveraging NRIs to ensure better inflow of funds through FCNR accounts etc.

Ardent UPA critic Surjit S. Bhalla of Oxus Research says it’s “sheer luck” that several external and domestic events hel­ped improve investor sentiments. These included the Syrian crisis coming off the boil and global oil prices softening, Indian exports showing double-digit gro­wth in the last two months and gold imports showing a decline. The offshoot was that, in less than a fortnight, the rupee has strengthened from Rs 68.80 to around Rs 63 per dollar at a time when many market speculators were banking on it depreciating to Rs 70 or even Rs 80.

“Even if he goes for a rate cut, it will offer no solutions to ease all the bottlenecks in infrastructure development.”

Below expectation US employment data, higher than desired mortgage rates and uncertainty about robustness of growth led the US Federal Reserve last Wednesday  to keep  on hold  the expected withdrawal of the growth stimulus. A  decision that cheered the US market and should help improve sentiments in India too. Call it coincidence or luck, Rajan has benefited from all these global and domestic developments, including Parliament finally passing the crucial Companies Act, the Pension Bill and the Land Acquisition Bill after years of wait. The only legislation which worried the market is the Food Security Bill—hopefully, proper implementation will neg­ate the fears while also alleviating hunger.

This raises the question: have the fundamentals changed or is it only a perception change? Dr Arvind Virmani, former chief economic advisor and ex-IMF exe­cutive director says, “It is due to a change in perceptions of short-term financial investors. There is little or no change in the perception of long-term investors... the decline in GDP growth coupled with marginal imp­rovements in balance of trade have a neg­ative effect.” Virmani, who heads Chintanlive.org, a think-tank, stresses that the RBI governor can only change perceptions regarding aspects that are covered by the central bank’s mandate, which is monetary stability. “Beyond this, the expectations are unwarranted,” says Virmani.

A key area of concern voiced by Rajan is the bad loans problem, with NPAs rising over 50 per cent for 39 listed banks in 2012-13 and credit growth slo­wing to 14 per cent from 16.8 per cent in 2011-12. The RBI governor has indicated  that he’d be willing to take tough decisions that may not necessarily be popular.

Indeed, the mid-quarter policy statem­ent on September 20 may well be a bit of a  dam­p­ener—if the expected rate cuts do not happen due to inflationary pressure concerns with the August WPI—it’s at a six-month high of 6.1 per cent, mainly due to high vegetable costs. Without better supply-side management, banking on a good monsoon and high farm yield to curb inflation would be wishful thinking. “A rate cut would be a trigger for growth as with Rs 2,00,000 crore of debt in balance, even a one per cent cut would provide Rs 20,000 crore of funds in the economy and indirectly provide stimulus for growth,” says Devan Choksey, CEO of KR Choksey Securities.

Mahesh Vyas, MD and CEO of Centre for Monitoring Indian Economy, feels it would be unrealistic to expect the RBI to resolve many of the bottlenecks holding up investments, particularly new ones. “Even if he goes for a rate cut, it will offer no solutions to ease the bottlenecks in infrastructure development,” Vyas says, adding that while perception improvement may work for investors, the outlook for the corporate world will take more time to improve. Data shows that while corporate borrowings have risen sharply, it has mostly been invested in speculative assets like land and not manufacturing or infrastructure projects.

While the investment climate is not hunky-dory, Dr Rajiv Kumar of Centre for Policy Research is happy that the RBI governor has hit the deck running, with clear decisions showing he is in control of the situation. The good monsoon has also opened a window for growth, particularly rural development. That is a positive note the central bank chief will have to maintain—or else euphoria will hit the ground reality of lags in infrastructure and governance.