Her doom: her politics of manipulation 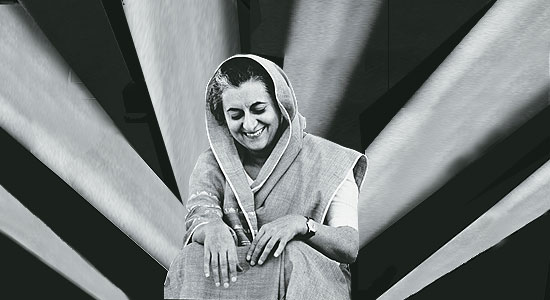 In 1984, I was a young current affairs producer working for the BBC in London. Mrs Gandhi’s assassination came as a brutal reminder that politics in India, despite the survival of its parliamentary democracy, could still be unexpectedly violent. I can’t honestly say that I felt much grief for the death of a ruthless politician who had shown little kindness to her opponents. In a very real sense, she seemed to have created her own tragic nemesis for narrow party political ends. Had she not encouraged and financed Jarnail  Singh Bhindranwale? But there was nevertheless something very shocking and awful about a 67-year-old woman being machine-gunned by two of her own trusted security guards.

It was only nine years since I had written my biography of Indira Gandhi, published in Britain on the eve of the Emergency, but banned in India for its criticisms of her growing authoritarianism. Like most Indians, my feelings about her had changed radically over the two decades during which she dominated our lives.

When Mrs Gandhi first became prime minister in 1966, I was still a college student in Bombay. She struck me as a largely ornamental figure, hurriedly brought in because the Congress bosses could not decide who should succeed the immensely popular Lal Bahadur Shastri. She seemed to have few qualifications for the job, other than being her father’s daughter. She cut an elegant figure on the world stage, but was hopelessly inarticulate on public platforms and ended up sounding like a high-pitched schoolgirl when she addressed Parliament.

No doubt, my first impressions of Indira were not helped by the fact that my father, Minoo Masani, was then the highly articulate Leader of the Opposition, whom she had to face in Parliament. Although he was always courteous and chivalrous to her in public, it was clear that he regarded her as politically and intellectually lightweight.

All that changed suddenly and dramatically in the course of 1970. Mrs Gandhi had spent the first three years of her premiership slowly but surely building up her power base in her party, and what had begun as a power struggle dramatically escalated into an open split between her and the party  bosses who had put her in power. At first  it looked as though she was about to be toppled. But then, like her father way back in the 1930s, she played the socialist card and trumped her opponents with populist promises to abolish poverty and class privilege.

I was by then a student at Oxford, and my own politics had been radicalised by opposition to the Vietnam War. By abolishing the Indian princes, nationalising private banks and cocking a snook at Washington, Indira appeared to us as a progressive and idealistic figure who would rescue India from the grip of tired old men and transform the lives of the poor.

She wasn’t a serious socialist, but neither did she realise that India’s future lay in undoing inefficient bureaucratic control.

Back in India after finishing my Oxford degree, I was one of those who campaigned for Mrs Gandhi in the March 1971 general election. I remember working with the playwright Habib Tanvir to produce a mobile musical drama performed by adivasis from Chhattisgarh. We went round Delhi on the back of a lorry with songs and slogans urging everyone to vote Indira. Since my father was then one of the leading figures in the “Grand Alliance” of parties opposing her, I was rather cynically deployed by her election campaign to address meetings in support of her candidates and presented as the brave son who had parted company with a misguided father.

Fired by the passion and enthusiasm of youth, I even persuaded my mother to take up arms on Mrs Gandhi’s behalf. Her decision to join the Congress made headline news, especially as my father and other opposition stalwarts were swept away in Indira’s unexpected, landslide victory. My mother’s partisanship was to prove fatal to her marriage. My father forgave my youthful naivete but felt that my mother should have known better. Their political estrangement eventually led to divorce.

No sooner had the dust of the election settled than Mrs Gandhi had to deal with the crisis caused by the break-up of Pakistan and the emergence of Bangladesh. It was, in a Churchillian sense, her finest hour. She managed to offer shelter to the thousands of refugees who flooded across India’s borders without allowing herself to be pushed prematurely into war with Pakistan. She skilfully built international support for her case against Pakistan. And when she judged the moment ripe for military action in December 1971, she moved decisively, giving India its first ever military victory. Unlike her father during the disastrous China War of 1962, she followed the advice of her military commanders. And she knew exactly when to stop, before an Indian invasion of West Pakistan triggered American intervention.

Little did we know at the time that, after Bangladesh, it would be downhill all the way. Once she had acquired supreme power, it soon became clear in peacetime that Mrs Gandhi had little idea what to do with it.  She was not a serious socialist and drew back from her own earlier radical promises. But neither did she have the vision to see that India’s future would lie in dismantling the hugely inefficient and bureaucratic system of state planning and economic controls which Nehru had established. Meanwhile, those like me who had supported Indira as the democratic socialist were appalled by her drift towards blatant dynasticism and the suppression of dissent. During the Emergency, I was back at Oxford working on a doctoral thesis. I found myself under pressure to delete the final chapter of my biography, which had predicted Indira’s attempt at dictatorship, or abandon hope of an Indian edition. I preferred the latter course.

In view of my attitude, I had been warned that it would not be safe to visit India.  And so I stayed away until 1977, when Mrs  Gandhi suddenly decided to call a general election. I came back and covered it for various British papers and was both amazed and euphoric when the Indian electorate turned it into a referendum on Indira’s personal rule and decisively voted her out.  Later, I watched with disbelief as she clawed her way back to power in 1980 by skilfully exploiting internal differences within the Janata government. It’s a sobering thought that, had it not been for her assassins, she might have carried on for at least another decade with her peculiar blend of political populism and manipulation. And if she had, it’s unlikely that India would have embarked on the long overdue process of economic liberalisation that began under her successors. 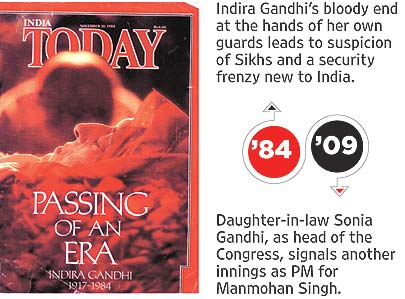 (Zareer Masani is a London-based writer and broadcaster.)