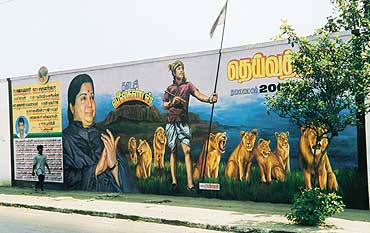 outlookindia.com
-0001-11-30T00:00:00+0553
Predicting elections results in India is a perilous task. More so in an era that has witnessed the fragmentation of Indian polity, the collapse of single-party rule and the emergence of coalition politics. In the impending assembly polls in five states, the scenario is further muddied because of complex, often disparate, alliances, each luring new partners only to find its rival formation wean them away at the last minute. Add to this the new element the Tehelka tapes has injected into politics and the new equations it has thrown up—Mamata Banerjee has left the bjp to explore a possible tie-up with the Congress, the dmk's anti-corruption plank now seems hollow, and the bjp finds itself frustrated in its bid to emerge as a credible alternative to the Congress and the Asom Gana Parishad. In Kerala, though, the battle remains relatively insulated from developments at the Centre. The confusion in the states going to election is partially also because their outcome could have serious implications for the already-weakened nda government. A report on who leads where in what are decidedly still early days.