The truth genie is out of the bottle; Ascetic horse power; The price of separation; The sixth circle of hell; Agony in a test-tube 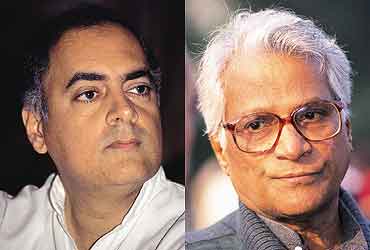 outlookindia.com
-0001-11-30T00:00:00+0553
DELHI
A Defensive Redemption
It was a day of divine providence. Rajiv Gandhi and George Fernandes, sworn enemies while the former was alive, were relieved of the greatest taints on their respective careers, coincidentally on the same day. The Delhi High court ruled on February 4 that no public servant, including Rajiv Gandhi, had received kickbacks from the Swedish suppliers of Howitzer field guns in the 17-year-old Bofors case. On the same day, the Justice S.N. Phukan committee, probing the Tehelka scandal, submitted part one of its report. It gives a clean chit to Union defence minister George Fernandes.

While quashing charges of criminal conspiracy between Rajiv and other public servants, the court observed the CBI had failed to provide any information of accounts held by the former PM and officials like ex-defence secretary S.K. Bhatnagar. The court, however, has not let the Hindujas and the Gandhis’ Italian friend, Ottavio Quattrocchi, off the hook.

Almost to the hour, specially designated judge S.N.Phukan, observing that his report was secret, said that "no impropriety has been committed by the defence minister in these transactions". He added, though, that the "defence procurement system needs some improvements". The 641-page report is the consequence of examining 15 defence deals. The first part of Phukan’s decision comes in the backdrop of the cag report indicting certain purchases during Operation Vijay and the findings of the then chief vigilance commissioner, N. Vittal, about deals struck by the defence ministry.

Other Side Of The Shine