Dealer in: all bets on the table; It takes two to tandav; No more tears; A jam-free space; Chugging along at 100; Metro see a no sign 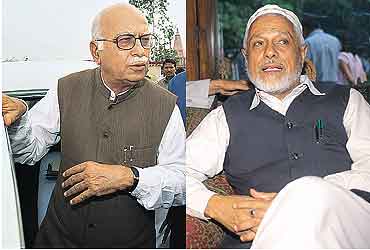 SRINAGAR, KASHMIR
Dealer In: All Bets On The Table
This could be the nda government’s most significant move thus far to carry forward the Centre’s floundering peace process in Kashmir. Last week, the government announced deputy PM L.K. Advani will hold the first-ever dialogue with the separatist amalgam Hurriyat Conference’s chairman, Moulvi Abbas Ansari. This was in response to Ansari expressing interest on August 25.

The decision came after a two-hour deliberation of the Cabinet Committee on Security (CCS). J&K chief minister Mufti Mohammed Sayeed hailed the decision as a "happy and satisfying movement". He added that "people here are saying the talks should take place at the political level...this is a serious opportunity." N.N. Vohra, though, will continue to be the Centre’s main official interlocutor.

Ansari, who was in Delhi and will be holding a Hurriyat meeting to discuss the issue, welcomed the move saying it was a positive, if a bit...