The earth's blazing sigh; Rare stripes; The Jat algebra; Amid dikkuphobia; Fragments of a struggle; The milk of human kindness 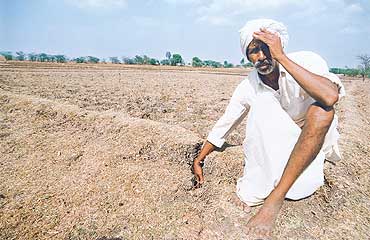 outlookindia.com
-0001-11-30T00:00:00+0553
HYDERABAD, ANDHRA PRADESH
The Earth’s Blazing Sigh
Andhra Pradesh may have escaped the fury of the cyclone in early May. But that is little consolation for a state where one misery follows close on the heels of another. As soon as the threat of the cyclone passed, a scorching heat wave set in with hot, dry northwesterly winds sweeping across the state. The heat wave, which is into its third week, has already claimed close to 566 lives and there’s little sign of it letting up.

Almost the entire state has been in its grip but the worst hit have been the two adjoining coastal districts of East and West Godavari, besides Prakasham, Krishna, and the rest of Rayalseema. Telangana, the coal belt along Godavari, has also seen the mercury soar to record heights. The highest temperature recorded by the met office this season was 47.8° C at the Vijaywada airport, but there are reports the temperature has crossed the 50-degree mark in several towns of the coal belt.

And if the heat wave is here can drought be far behind? Says D.C. Rosaiah, commissioner (relief): "Casualties have been high. Things are really worse this time because the state is facing its second successive drought." Malnutrition, hunger and immune systems weakened by prolonged spells of poverty and hard labour, compounds the tragedy for the denizens of rural Andhra. The government has announced an ex gratia compensation of Rs 10,000 for each of those heat wave victims below the poverty line. Last year, a similar hot spell had killed an estimated 1,000 people in the state, apart from several suicides due to drought and debt burden.

Bullets In The Blizzard