A substitute for the real Patiala; The native's partisanship; The flight of his fancy; This waning wave will wash them out; Rekindling an extinct joy and The jaunty step that slipped. 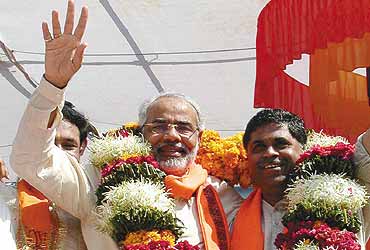 outlookindia.com
-0001-11-30T00:00:00+0553
GANDHINAGAR, GUJARAT
This Waning Wave Will Wash Them Out
Forget the BJP’s bristling confidence in the ability of its Hindutva line to help it sweep the December 12 assembly elections. There are at least 20 BJP MLAs in the outgoing assembly, including several ministers, who have sought safe seats away from the constituencies they had won from last time. Caretaker chief minister Narendra Modi is himself undecided about the Rajkot-II seat, which he had won with great difficulty, and is learnt to be tossing up between the Ellis Bridge and Sabarmati constituencies in Ahmedabad.

The BJP leadership in Gujarat has claimed that Modi has been invited to contest from 15 seats. But, according to reliable sources within the party, he’s still unable to make up his mind. The Ellis Bridge seat was won by Haren Pandya, former minister in the Keshubhai Patel and Modi governments. But Pandya, said to be Modi’s bete noire, may play the spoiler.

The other BJP legislators are reported to be seeking safe seats because they think there is an anti-incumbency sentiment, if not a wave. According to senior BJP leader Keshubhai Patel, the "selection of candidates is of vital importance". When Patel says this, he indirectly admits his lack of confidence in the so-called Hindutva ‘wave’.

The VHP, which too seems to share the intuition that the wave may not be strong enough, is planning another yatra—this time from Akshardham—on November 15. A waning Hindutva sentiment and anti-incumbency conditions are sure to challenge the BJP in a big way when Gujarat goes to the polls next month.