The censor bug grips Thiruvananthapuram, World Bank to the rescue of Mumbai commuters, AIMPLB rakes up a controversy, tough times ahead for N-E militants, Karnataka, TN enact a ritual fight and the land of fakes. 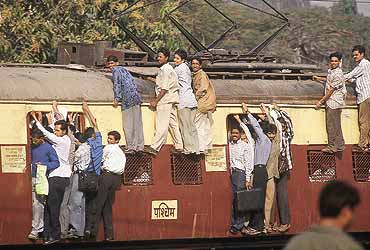 MUMBAI, MAHARASHTRA
Suburban Transit Dreams
After dithering for more than a decade, the World Bank has cleared a Rs 2,602-crore loan to improve Mumbai’s hugely overburdened public transport system. The loan will help fund half the cost of the Mumbai Urban Transport Project II, which aims to expand facilities for road and rail transport in the city.

This comes as good news for Mumbaiites. More than 80 per cent of the city’s population are commuters. The project will expand the capacity of suburban trains by over 30 per cent, improve frequency and cut travel time by laying more railway lines and increasing the length of the trains. The project also hopes to improve public road transport by putting more buses on the roads, creating link roads between the eastern and western suburbs, decongesting traffic at railway stations and increasing pedestrian subways and overbridges.

The World Bank had funded an earlier transport project in the city which was...