A brilliant look at ageing, illness and approaching death shows how modern medicine fails on the emotional frontier 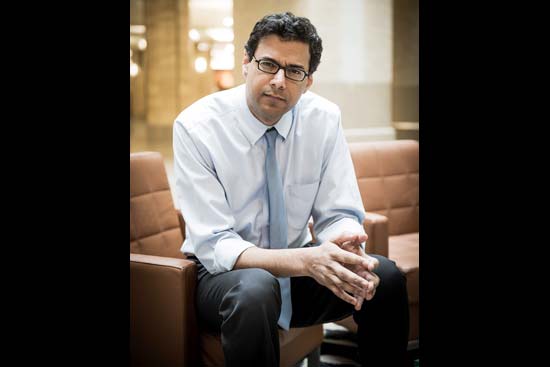 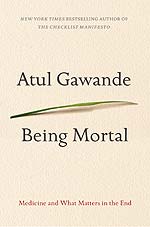 Being Mortal: Medicine And What Matters In The End
By Atul Gawande
Penguin India | Pages: 263 | Rs. 599

The nature of death is such that it will fling every one of us into the unknown. We fear the mystery as also the suffering that often precedes it. This book speaks frankly about how individuals, society and the medical profession deal with the process of aging and death. In describing the choices available in the final stages of one’s life and in accepting the fact that doctors are nowhere near understanding the true nature of the dying process, Gawande has written a beautiful book.

The first few chapters are a walking tour through the tribulations of growing old. They tell how societies have dealt with the terminal stages of life in the last 100 years. Advances in medicine, nutriti­onal knowledge and improved livelihood have made it possible for many westerners to live to be 90 or more. Most Americans choose to live independently after retirement for as long as they can and thus hang on to their freedom. If illness or age-related disabilities become serious enough, they opt to get home-help, day-care nursing, or other such ‘assisted living’ measures. The last thing they want is hospital care, and choose it only very reluctantly, because as medicine becomes more technical, it also loses the emotional intelligence that is called for in helping a patient not just to prolong life but retain a quality to that life.

A mere 25 per cent of American seniors live with their children. In India we like to believe that we are more caring of our elders. Do we manage the family conundrum better than westerners? I’m not sure. The generation of Indians now in their 70s and above did not have a choice. Having saved and spent judiciously on the education and marriage of their children, they were unlikely to have managed to live on their pensions and savings. A role reversal happened and parents acquiesced to rules laid out by their offspring. The post-retirement years are often a bending obediently to the bullying affection of children. Gawande has stayed clear of the delicate and disturbing complexities of family life, but these are problems that societies must consi­der when dealing with aged parents and the dying. A family is never a single thinking and feeling entity but a sum total of its parts. A typical family is one in which parents and children have feelings of anger and disappointment towards one another, besides affection. The unit, when it is a unit, functions in emotiona­lly and practically satisfying ways only if it learns to negotiate such areas.

While Gawande supplies many examples of old age and independence in the US, in India he makes do with the single, rather unusual example of his own grandfather, who came from a farming community in Maharashtra. The story of this benevolent tyrant (who lived to be 110) is marvellous, but hardly typical. He also describes the plight of aged destitutes in Delhi. The majority in between is not spoken for.

Gawande is at his best when he shows how medical progress has failed to meet the more private physical and emotional needs of age and illness. Living into one’s ninth or tenth decade is all very well if one is in control of bodily functions, free of pain and can enjoy the simple pleasures of life. But both age and disease weaken us physically and mentally, and when pain and other forms of suffering are added on, we need help. The medical profession is ill-equipped to handle this. Gawande’s own father, a practising urologist and very fit, was diagnosed with a spinal cord tumour that ate into his nervous system, paralysed most of his muscles and caused debilitating pain. The various medical and surgical options that doctors offered could, at best, give him a few more weeks or months of life. Sadly, this has become the only objective of the medical profession—to prolong life, even if it means unbearable suffering caused by disease and drugs. Gawande describes this very personal family crisis with courage and honesty.

In the face of incurable suffering, most people prefer to make their own choices about the manner of dying, if we will let them. It is hardly ever a dying person’s choice to go with tubes, catheters and painful injections, isolated in an ICU, surrounded by impersonal hospital staff and divested of all dignity.

Workable solutions that offer comfort and dignity to the dying process are already practised in some western countries. They are possible in India, if society and the medical profession allow it. I am grateful to Atul Gawa­nde for the insights he gives into old age and death. As a doctor, I am even more grateful.

(Kavery Nambisan is an author and a surgeon)

Don’t End Up A TOFI!