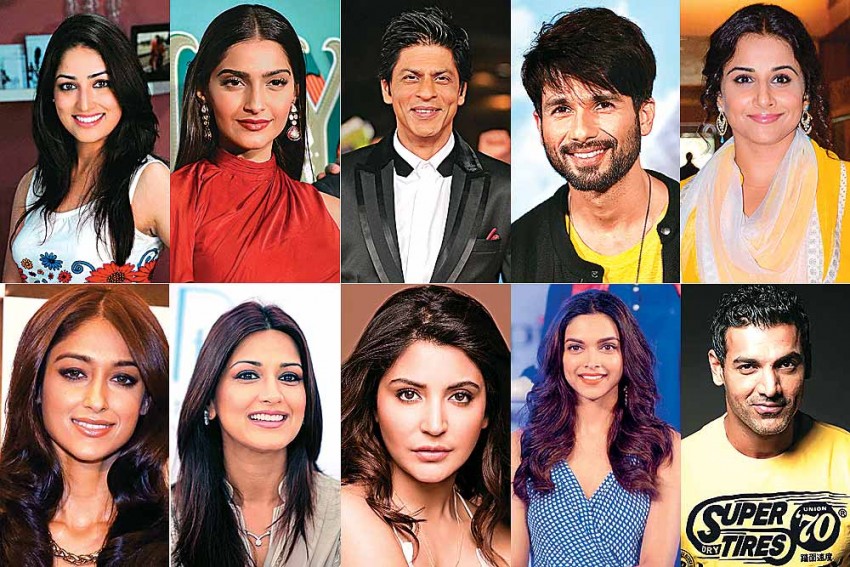 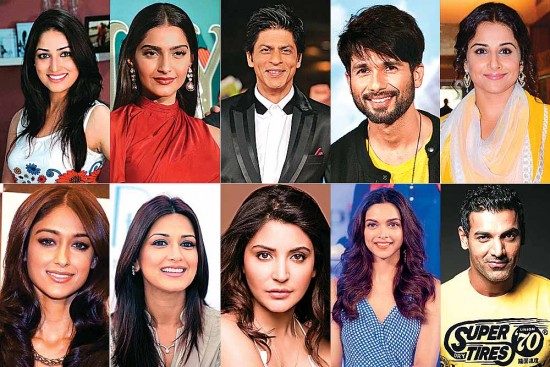 When Tannishtha Chatterjee walked out of a popular comedy show to protest against jokes on the colour of her skin, the 36-year-old actr­ess found it hard to explain to the producers that her exit wasn’t for lack of sporting spirit. To her, the comments passed about her bore no humour (see column on page 40). From Indian film scene, again, Nandita Das has pointed out that she is often ref­erred to as dusky. The actress is “not offended”, but she does want to know why the routine-like reference is necessary when fellow professionals seldom get hailed as “fair”.

More recently, Abhay Deol called out on social media Bollywood celebrities who end­orsed fairness products. Even as his Facebook posts went viral ruffling quite a few feathers, the 41-year-old actor-produ­cer is apprehensive about any long-term impact on Indian notions of beauty (see inter­view on page 36).

And while the media has whole-hearte­dly picked up the issue, lauding Abhay for his actions, the industry continues to watch without really declaring their support. Soon after Abhay, known for doing films such as DevD, Shanghai and Zindagi Milegi Na Dobara, put out on twitter the posts naming stars such as Shahrukh Khan, Deepika Padukone, Sonam Kapoor, Shahid Kapoor, Vidya Balan and John Abraham, apart from a tepid retort by Sonam Kapoor, the industry remained silent.

However, some filmmakers and several sociologists, ad filmmakers and culture experts have raised the issue of impact of celebrity endorsements. “It is just not ethical. I have never done a fairness comme­rcial because it endorses something that is wrong,” says ad guru Prahlad Kakkar. “It is far more damaging to women than to men because men still get away with the power of their money or position. They hide their ugli­ness behind their wallets. Most women can’t do it.”

Some of those who have endorsed fairness products have, simultaneously, fought social taboo of some kind or the other. Deepika Padukone, for instance, has done a video on women’s rights to body, adding candidly that a personal bout of depression prompted her to work on similar sensitive issues. Sonam recently wrote a long article about why none should compare their ideas of beauty. Sonali Bendre, who once endo­rsed a fairness cream, came out in support of Tannishtha after the comedy show episode, but that was a one-off.

Celeb endorsements are far more damaging to women than they are to men, who can after all hide their ugliness behind their bloated wallets.

Sociologist Nandini Sardesai says celebrity endorsements further perpetuate stereotypes. “All matrimonial advertisements indicate a preference for the fair-skinned. You may see caste no bar but you won’t see colour no bar. Whenever a girl is born, often the first question is if she is fair,” she notes. “People don’t use logic while buying products that promise fair skin. The target group is people who have a complex.” Though society has undergone many changes, not all are for the better. Activists point to the unhe­althy connection between such products and success in life—even women’s choices such as marriage and job. Case in point is a Fair and Lovely ad where the model is told by her father to accept a marriage proposal and she finds the strength to say ‘no’ after she has become fair on application of the product.

“I am lucky that my parents didn’t instil any such kind of complex,” says Nandita, who has lent her support to campaigns such as ‘Dark is Beautiful’ and ‘Stay unfair, stay beautiful’. “I have seen hundreds of young girls lose confidence and self-esteem because of their skin colour. Too many young girls and now boys are losing confidence purely because of a prejudice. They are being made to feel unwo­rthy, inadequate, unacceptable. The ima­geries all around perpetuate and promote this stereotype. It must change.”

Filmmakers point that despite notions of fairness as beauty having existed for long, the earlier emphasis was not as rigid as it is today. Late actr­ess Smita Patil reportedly never allowed any makeup artist to change her dark skin tone in movies. Shyam Benegal who dir­ected her in several movies says, “It was never an issue. Beauty is not about colour at all. It is about features, character, personality and how you carry yourself. This not­ion perhaps was perpetuated by Europeans because Indian classical art did not make this distinction. At Ajanta Caves, the princess is dark and the servants are fair. We have all the shades among our people. Anyhow, it is totally absurd and ridiculous to judge on the basis of colour.”

While this may be true, it is only a handful of celebrities who are willing to stake the profits. Kangna Ranaut, for exa­mple, has openly said she has lost out on several advertisements (and consequently a lot of money) because she ref­uses to endorse fairness products. However, not many have spoken up in the past or now. Abhay has emphasised on page 36) that he is making an appeal to those in positions of power to come forward to break the stereotype. Nandita makes a similar point.

“I do wish that people in influential posi­tions would use their power for the lar­ger good, to make people feel better about themselves and not to make them feel inadequate,” she says. “Finally, each one of us is guided by our own conscience and our inner sense of resp­onsibility. The responsibility is primarily on each individual and thereby society at large, but those who control its representations can be more responsible, so that they don’t perpetuate this complex and instead help break the stereotype.”

But, as Nandita herself notes, the ad world is guided by money. “They are only cashing on the aspirations of the consumer. The fashion and beauty industries that are catering to the ‘dark skin complex’ end up deepening the complex.” She goes on to say that society in its entir­ety is complicit in it. “Most young minds would be vulnerable to such ad images, but the monies are big and people lose perspective. That is why it is important to have public dialogues and debates around such a serious issue.”

Tannishtha wants to break the notion that while Asians want to be fair, the white-skinned Westerners are pressured into acqui­ring a tan. “It is not the same thing. Tan in the western world is a sign of prosperity and affluence where you show off that you have been to an exotic vacation. It is not a preference over white skin,” she points out. “It is high time we Indians looked at the complexes of caste and class systems and made this fight against the bias into a movement.”

Paradoxical as it may sound, the onus of the movement, too, lies on women. Kakkar says women need to lead the anti-­fairness products drive from the front. “The only politician who saw women as a votebank is Nitish Kumar. Our netas must come together and make this an aggressive political movement,” he adds. “The Black Panthers movement (in the US) occupied a space and created the idea that black is beautiful—and people started following it. In a similar way, the movement needs to be forceful in India, where women must reject the idea of being judged and objectified.”

Who Is Endorsing What?