Stardust In The Havan

Before the temples of the gods, the rich, bent low with offerings, genuflect. But they stand privileged still. 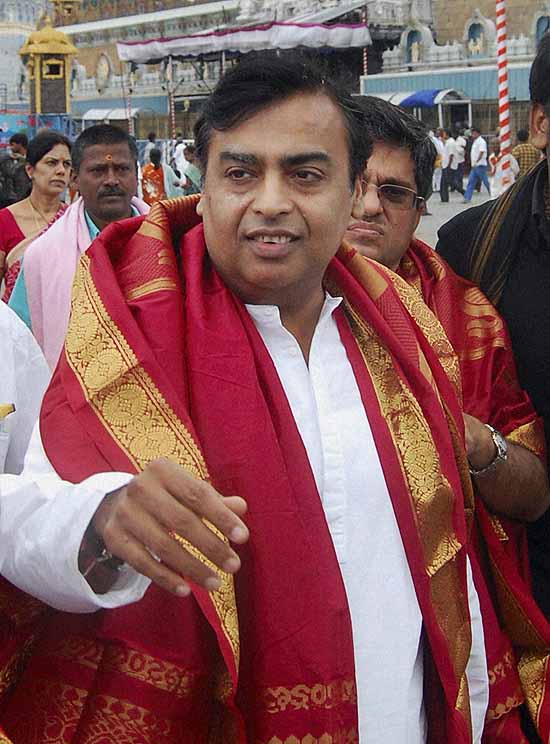 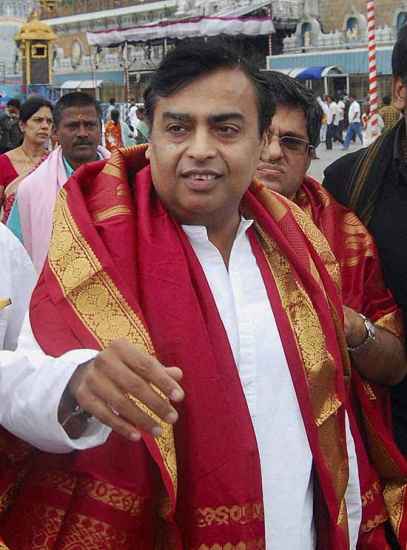 There are a few occasions when the prince steps out of his estate and joins a stream of paupers. Actually, that’s not true. While faith and the desire for ritual sacrifice has the rich routinely queue up before a saint or a stone idol, they’re not exactly stranded amidst the humbler supplicants, waiting for their turn for whatever benefaction they seek. The rich are different so, of course, they have different queues. A little money goes a long way in India, and a lot of it assures you a hotline to heaven. It also buys the comfort of personal audiences—whether with gods or gurus—helicopter charters, hot and cold showers and luxe accommodation, making the token deprivations tolerable.

This give and take, the negotiation between something given aga­­inst hope of gain, has sanction in Indian spirituality. Even the mig­hty Akbar grovelled before  saint Moinuddin Chisti when begging for the boon of sons. There’s a tradition in Rajasthan of the barefoot parikr­ama between throne and shrine for the protection of kingdoms and the health of heirs. There’s nothing like pain to shake us out of our Gucci shoes and Armani jackets to tie a sacred thread at Fatehpur Sikri, suspend an earthen pitcher at Matkewala Pir, find a place for one more brass bell in the sanct­ums of Kumaon. Perhaps even a lock on a bridge in Venice, where the sadness of spurned love seeps into the green waters and turns them into tears, over which gondolas glide.

But it is the promise of reward that moves them to munificence. Those who rule the heavens, it seems, are not truly omniscient, swayed as they are by graft, as wealthy appellants extract the promise of success by bribing them in cash and kind. Weeks before a big merger or contract, the kitchen and appetite are forced into pedantic vegetarianism—even for gods who may not be so inclined. The evening tipple is renounced till the champagne after, overtaken by enforced spiritual detox. Men turn chaste for the duration, sex being a distraction they can do without, no Menaka proving lure enough to tempt their temporary Vishwamitra fixation. The farmhouse satsangs where the wives habitually wear white and assume pious thoughts while gossiping in their guise might witness a masculine presence for the duration. Beyond corporate SR, ashrams for widows luck in with donations; orphanages and hospitals benefit from contributions.

Astrologers who have the ear of our tycoons, stentorian aunts with sacred mantras and pundits who run households insist on sacred yatras, a hand-me-down from ancient India when everyone from sages to kings went on pilgrimages. Spiritual knowledge mandates that when you want the gods to grant you a boon, the penthouse abode won’t do, so merchant and mercenary rub shoulders in the morning hours at Mumbai’s Siddhivinayak, where you might find company in Pri­yanka Chopra come to pray for a hit at the box office, or the Bac­hchans to thank the almighty for Brand B and a continuing papa­razzi blitzkrieg. Time was when the Chopras and Johars who ruled Bollywood got Ma ka bulawas to Vaishnodevi, but the J&K shrine has since shrunk its arc of influence to prosperous Punjab and ditzy Delhi, turning provincial ever since Katrina Kaif discovered the pull of Ajmer Sharif. She dimples her way through an ocean of pilgrims every time the marquee lights up with her name.

The dargah has been kind to her, but the gods at Tirupati are annoyed with Vijay Mallya. The king of good times was always a believer, practising his penances and piousness before Venkateshwara, getting his winged birds to do a parikrama and tip a wing in obeisance for each delivery of Airbus, but the lord wasn’t charmed. Such public chastisements raise the fear of the gods, and when the heavens are angry, humans turn donors. Endowments at the shrine since have probably increased. Gold, jewels, cash—the gods have pecuniary interests that would make Swiss banks blush. 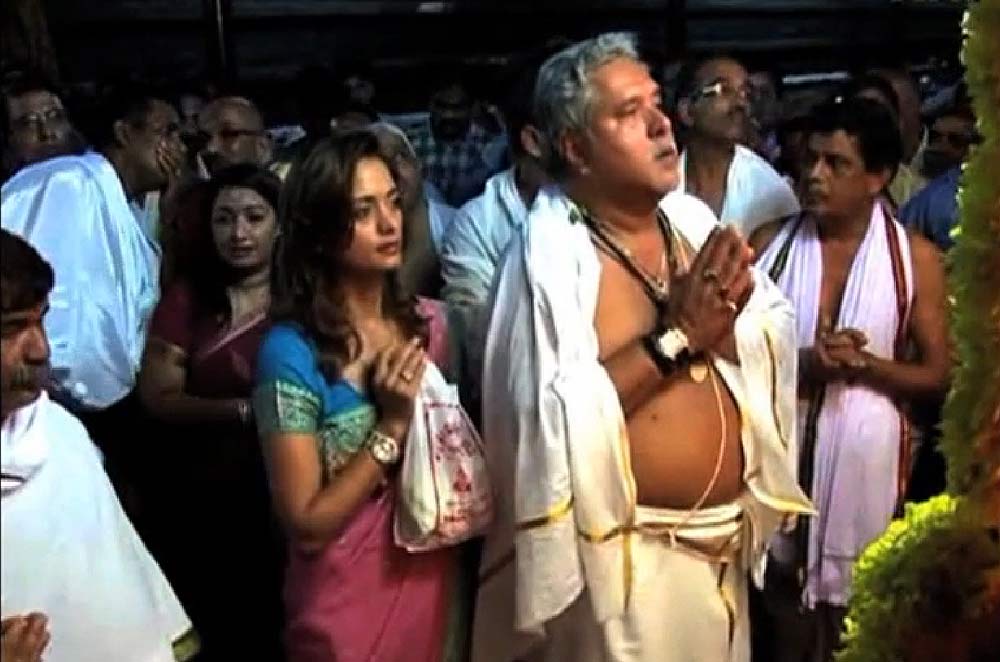 This is what the rich do. They trek to Amarnath. They climb the steps to Sabarimala. They fast on Tuesdays (or Thursdays, or Fridays). They bathe in the Ganga at Haridwar. They pray to the rising sun from the motley ghats of Benaras. They fold their hands before Vaishno Devi. They come from around the country, and sometimes the world, to make offerings at Salasar Balaji in Rajasthan. They picnic at the dhams where nature wreaked her fury recently. They look for succour in Shirdi. They consult saints. They rest their heads before the deities. They donate calves and fund schools for girls. Which makes the rich not very unlike the less privileged.

For years, I have seen some among them prepare for these peregrinations with the strategy of a military campaign. Loath to dine sans the company of friends in their sprawling (but also isolated) villas, unable to holiday without the clan and sundry oth­ers to fill the seats in their private jets, they are loners on the path to piety. Those arrangements take on a distinctively parsimonious hue. Ahead of boardroom battles and visits by technology partners, they find time for a dash to Sai Baba’s abode, a guru in Bangalore, or the Radha Soami Satsang in Beas. They’ll strip down from their sharp Ermenegildo Zegna suits to dhotis and veshtis in which to bathe in some polluted trickle. Special pujas that are accompanied by hefty donations, gallons of milk that are poured to purify a wasted stream, or meditation in Rishikesh while enjoying the pleasures of Ananda in the Himalayas willingly suspends belief in disbelief. This isn’t sweating the small stuff. For the new Mercedes, the obligatory cracked coconut at the neighbourhood temple is sufficient; the frequent brokering of properties requires nothing more than a smear of saffron on the file cover and a box of sweets (unless it’s a home, or office, they intend to occupy, in which case a full-fledged havan is obligatory).

The yatra, though, is different, fuelled perhaps because a transfer of technology is imminent, a hydropower plant is being auctioned, or the sale of the family business to yield gargantuan profits is on the cards. What exactly do these tycoons pray for anyway? That the auditors will not stumble upon the sleight of hand that has buried a fatal discrepancy? That, praised be the Lord, no hitch should mar the negotiations? That negotiators will join hands on the new project?

It all boils down to greed, then—right? Puttaparthi is a pale self of its previousness. The Sai Baba no longer resides in the city that grew out of his mystic ability to produce ash and watches out of thin air. The magic has gone, and with it the visiting millionaires. But, in India, every corner shrine has the attraction of Lord Jaga­nnath. Yet, the wealthy court not just places, but people. It is the guru, the spiritual head, who draws them and is their saviour and salvation. Perver­sions might have soiled their faith, but for every Asaram, there is Nirmala Devi, Amma with a hug, Sri Sri Ravi Shankar with an art for life.

Once, the distressed rich disappeared into Koregaon and were swallowed up by the seductions of free living and loving. Osho’s ashram drew the troubled and titled to grow vegetables, make jams, love and dance. This orgy of liberation, at odds with the penitence that Hinduism prescribes, soon got left behind in the maelstrom of economic liberalisation. How much better to be seen serving God while hefting callused feet up the tiered slopes of Sabarimala; how much worthier to be spotted bathing in cold water in the Golden Temple tank; how much more devout to offer a chadar at Nizamuddin Auliya. For these privations and atonement, give me, God, the strength to return to serve you with an automobile plant in Southeast Asia, land for a factory in Africa, the dosh to buy out my competitors, the right of way to be the richest in the land.

(Kishore Singh is a writer and curator)