The #MeToo movement now has given the film industry a chance to clean up all its Augean stables, with or without the support of its big daddies. 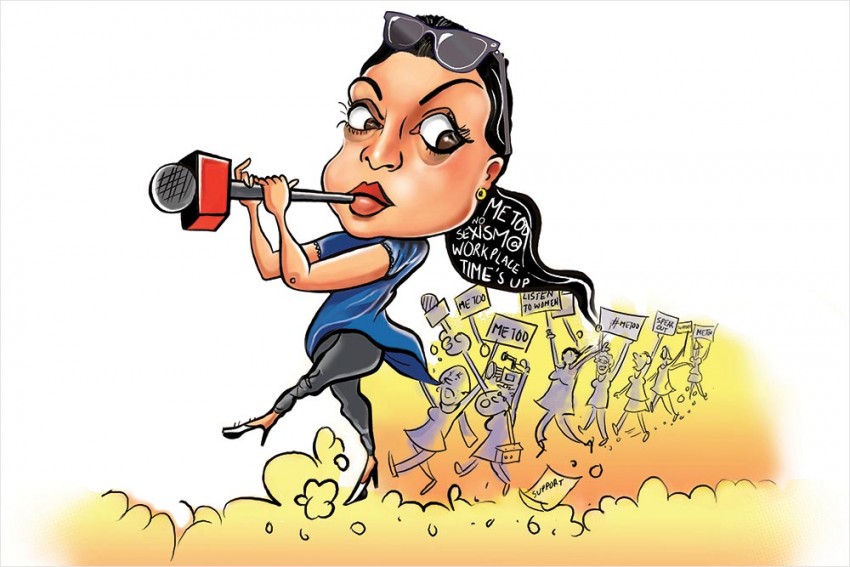 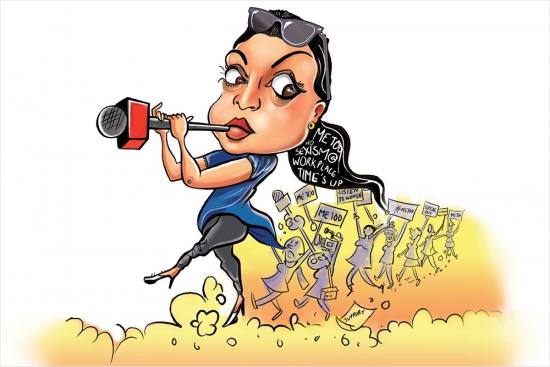 Mum’s the word for Bollywood biggies even as a sledgehammer of a #MeToo movement has hit the film and entertainment industry over the past few days with former beauty-queen-turned-actress Tanushree Dutta leading the charge in calling out her alleged tormentors.

A bunch of top male stars, apparently fight shy of speaking out if anybody from their fraternity is ever accused of harassing a female co-worker. Howsoever vocal they may be on other social problems, they either prefer to skirt the issue ­altogether feigning ignorance, or come up with evasive replies whenever they are asked about exploitation within the film industry.

It is not as though they are all bound by an oath to speak up. But their indifferent stand has caused consternation among the votaries of a movement that seeks to set many wrongs right in the glamour world. In the past few days, several women have come out to name well-known film personalities such as actors Nana Patekar, Alok Nath and director Vikas Bahl, accusing the celebs of harassing them. Expecting the big guns of the industry to lend their support to the movement, writer-columnist Shobhaa De was among those who exhorted them to speak out. “Bollywood top stars still on a maun vrat… Hire your favourite dia­logue writers, if you can’t find the right words. But speak up. Or someone else will,” De tweeted the other day. On Wednesday, she asked Jaya Bachchan and Shabana Azmi, who are always at the forefront of championing any cause in support of women’s empowerment, to do so.

Yet, a majority of marquee names from tinsel town are still to rise to the occasion even though calls for creating a safe space for thousands of women working in the industry are getting shriller by the day. Even the venerable Amitabh Bachchan has declined comments on the issue lately. When asked about Tanushree’s allegations of sexual harassment against Patekar at the launch of his upcoming movie Thugs of Hindostan’s trailer rec­ently, he sought to steer clear of the controversy. “Naa to mera naam Tanushree hai, naa hee Nana Patekar. Kaise uttar doon aapko iss sawaal ka? (Neither is my name Tanushree, nor is it Nana Patekar. How can I answer this question?),” he said. 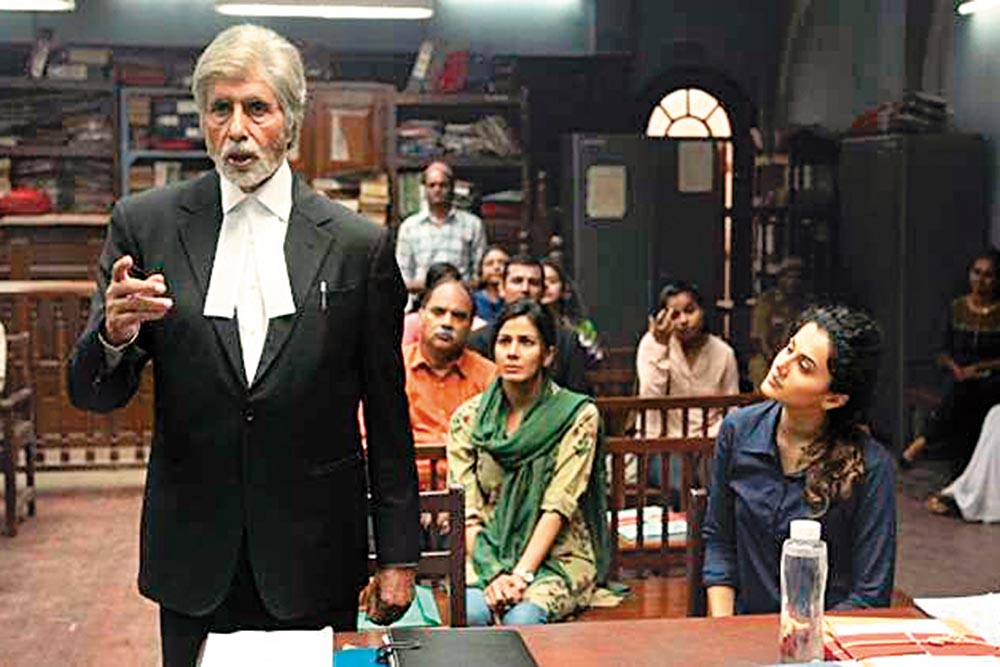 Bachchan’s remarks drew howls of protests on social media and elsewhere. But then, it wasn’t Big B alone who kept mum. Other big stars, including Salman Khan and Shahrukh Khan have also not said anything. But Aamir Khan has come out with a statement with wife Kiran Rao saying that “they are committed to doing anything and everything” to make the film ind­ustry a safe place. Aamir has decided to step away from his next production—a film called Mogul on the life of Gulshan Kumar—citing that someone working on the film has been accused of misconduct.

Elsewhere, at another event recently, Salman said he had no information about the row. “I’m not aware of this, my dear,” he responded on being asked about the Tanushree-Patekar row.

“Bollywood top stars still on a maun vrat…Hire your ­favourite dia­logue writers, if you can’t find the right words. But speak up. Or someone else will.”
Shobhaa De, Columnist

There was no word yet from other A-list stars such as Ajay Devgn or Akshay Kumar, who is Patekar’s co-star in his forthcoming comedy, Housefull 4. A top actor who spoke about it candidly was Hrithik Roshan. After Vikas Bahl, the director of his next release Super 30, was called out, the Krissh star tweeted: “It is impossible for me to work with any person if he/she is guilty of grave misconduct...I have req­uested the producers of Super 30 to take stock of apparent facts and take a harsh stand, if need be.”

According to Roshan, such issues are “not to be swept under the carpet”. “All proven offe­nders must be punished and all exp­loited people must be empowered and given strength to speak up,” he reckoned on his Twitter handle. Roshan is himself battling accusations of misconduct from Kangana Ranaut.

After Bahl was called out, Phantom films­—a collective of directors Anurag Kashyap, Vikramaditya Motwane, Bahl and producer Madhu Mantena—announced it was disbanding. Anurag Kashyap was accused on social media of remaining silent on the matter even after it was brought to his notice after the incident took place in 2015.

Stars such as Farhan Akhtar have since ext­ended support to Tanushree, but it’s mostly younger-generation actors such as Ranveer Singh, Ayus­h­mann Khurrana, Arjun Kapoor and Varun Dhawan who have been more vocal and forthright in pressing the need for a safe work ­environment in the industry.

Nonetheless, it should not really come as a surprise if the big stars still want to maintain silence. The industry has not only been overtly patriarchal but is also labelled as a hunting ground of predators over the years. Many film personalities have been accused of sexual harassment in the past, but none of them ever lost his job or was condemned publicly. A few years ago, when actress Mamta Kulkarni singled out a top filmmaker for harassing her, nob­ody took her allegations seriously and the acc­used continued to make movies with top actors and actresses.

Casting couch has exi­sted in the industry since the black-and-white era and aspiring act­resses have been at the receiving end. Still, it was alw­ays perceived as a non-issue, which ind­ustry bodies set up to safeguard the interests of their members did not think worthy of even a discussion. It is now well-known how the Cine and Television Artistes Association (CINTAA) summarily dismissed Tanushree’s allegations when she first moved her complaint against Patekar in March 2008.

It is only now, when support for the alleged victims is surging that these federations are waking up to the grim reality. After its failure to hear Tanushree’s complaints ten years ago, CINTAA is now contemplating sending a suo motu notice to Alok Nath, who has been acc­used by script writer Vinta Nanda of having raped her in the 1990s. Such an approach of ind­ustry-based federations in the past would not only have instilled a sense of confidence in fem­ale workers but also served as a deterrent for the lurking predators. The #MeToo movement now has given the film industry a chance to clean up all its Augean stables, with or without the support of its big daddies. It should not squander it away at any cost.