A Broadway masterpiece adapted into a film. 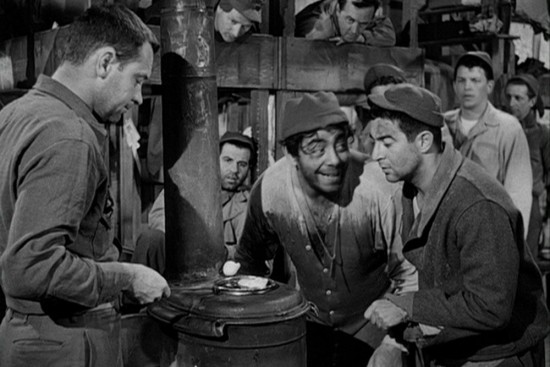 Donald Bevan and Edmund Trzcinski had found themselves prisoners in the Stalag 17B prison camp for air force sergeants in Austria during WW-II. At the end of the war, they decided to turn their experience into a Broad­way masterpiece which Billy Wilder and Edwin Blum eventually adapted into a film. The story was already a massive hit by then—Broadway had seen 472 performances. Wilder nee­ded that guarantee of succ­ess since his previous film Ace in the Hole had been a spectacular failure in box-off­ice and profit terms. Yet, Wilder saw his own creative interventions as the sole reason for the film’s success: “I think I imp­roved it 100 per cent, if I say so myself.” But it was not all smooth. Otto Preminger, who played the commandant of the prison camp, was so bad at remembering his lines that he promised Wilder he’d bring caviar every time he forgot a line. Thankfully, although by the end of the film Wilder had rec­eived many pounds of caviar, Preminger had given an unforgettable performance.