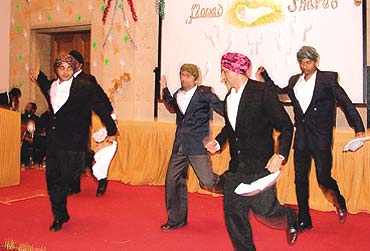 The Eastern Magi Jesus must have smiled when Paramjit Prem and his band of "brothers" broke into bhangra to the rollicking beat of Tu ni boldi at the Christmas celebration of Indian priests and nuns in Rome. Cardinal Ivan Dias, the Vatican's seniormost Indian, sat in the...