A fair budget, with most bases covered 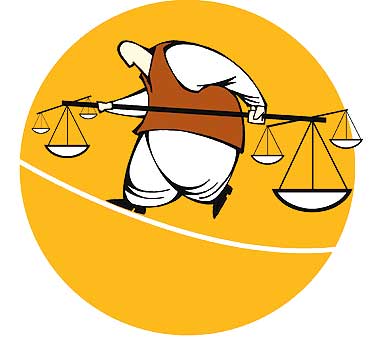 outlookindia.com
-0001-11-30T00:00:00+0553
Budget ’09 must be seen against the backdrop of the larger global economic crisis. We know India will continue on its growth path. The finance minister appears to have made a choice between managing fiscal deficit and optimising economic growth, and will tackle current and critical problems. While people were optimistic following the election results, speedy institutional reform is not the mandate the UPA was elected on. I had expected the budget to concentrate on infrastructure development and agriculture, which is largely its thrust. Our country is dependent on the rural sector—there needs to be a balance between individual and corporate interests. If India is to grow, it must grow in a range of ways. The focus on achieving nine per cent growth is essential, as is R&D spending and exemptions, which are positives for the manufacturing sector.

I don’t want to be seen as criticising the finance minister. I don’t think his is a bad budget. As a businessman, I would always like to see more done to open up markets and usher in reforms. As a private citizen, I can see his motives. Measures for the twin growth drivers of consumption and investment have been taken care of. Also, the focus on rural consumption, spending and infrastructure will help India differentiate itself from China, which didn’t focus on domestic growth and rural spending, and is now paying the price.

Accelerated power reforms with increased infrastructure spending is the budget’s standout highlight. Clearly, the sector is being viewed as a key driver of growth. Developing cold chain infrastructure is also a great initiative. I will also praise the abolition of FBT. Shelving of this bothersome tax was overdue. This, along with the withdrawal of 10 per cent surcharge on personal income tax, will leave people with more money and boost consumption. On the social level, the mission to reduce female illiteracy by half in three years is admirable.

Some areas have not been addressed at all or have been done, at the most, inadequately. The first of these is a no-brainer—FDI relaxation and reform. This should happen quickly. Disinvestment was also mentioned, but clarity is needed on quantum and targets—a key component for economic growth. While infrastructure spending was announced, the market expected tax subsidies on investments by the private sector. When all the proposals are well-executed, we will all get better roads, power, airports, rural infrastructure, education and healthcare. ifci alone will fund Rs 1 lakh crore worth of public-private partnership.

Overall, the budget meets my expectations and I am optimistic that many other positive measures will be announced and articulated over the coming months.

A Grain Of Good Sense