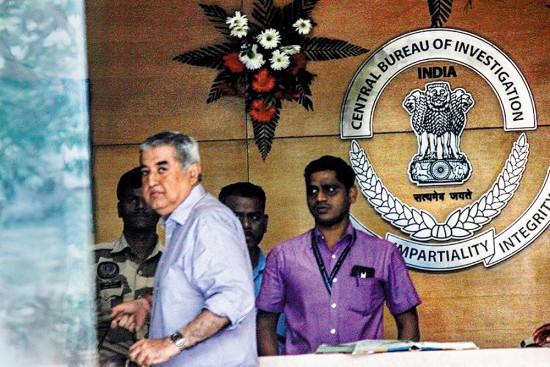 The CBI, in its preliminary inq­uiry into the dealings between ICICI Bank and Videocon Group, is also probing the money laundering angle. Video­con Group chairman Venugopal Dho­­ot and Deepak Kochhar, husband of ICICI Bank MD and CEO Chanda Kochhar, are among those who have been called for questioning so far. The CBI is pro­bing the money trail linked to a Rs 3,250-crore loan that ICICI Bank made to Videocon Group in 2012 as part of an SBI-led consortium loan of Rs 40,000 crore. At the crux of the case are the business dealings bet­ween members of the Dhoot and Kochhar families, particularly the transfer of a Rs 64-crore ‘business’ by the Dhoots to Deepak Kochhar. The question being asked is whether this Rs 64 crore, which works out to roughly two per cent of the ICICI loan, was in fact a ‘commission’.

CBI sources say there has been no move yet to call Chanda Kochhar for interrogation, as her name does not figure in the PE (preliminary enquiry). However, others who do not figure in the PE—Chanda Kochhar’s brother-in-law Rajiv Kochhar, and Mahesh Chandra Pugalia, a close aide of Venugopal Dhoot—have been called in for initial investigations, and ICICI Bank officials are also expected to be summoned in the days ahead. The CBI spokesperson refused to corroborate or deny whether “lookout notices” had been issued; if these have indeed been issued, it means that no one connected with the case will be all­owed to leave the country. After Vijay Mallya, Nirav Modi and Mehul Choksi, the CBI wouldn’t want to take the rap for the ­accused escaping India’s shores.