Home  »  Magazine  »  Poliglot  » Interviews  » Interview »  Sport Is Not Only About Sachin Tendulkar Or Virat Kohli, Hockey Exists Too: Rani Rampal

Sport Is Not Only About Sachin Tendulkar Or Virat Kohli, Hockey Exists Too: Rani Rampal

Rani Rampal has been playing hockey for close to two decades. She has helped India qualify for the Tokyo Olympics in July-August this year. Rani was voted World Games Athlete of the Year 2019, the first Indian ever to win this award 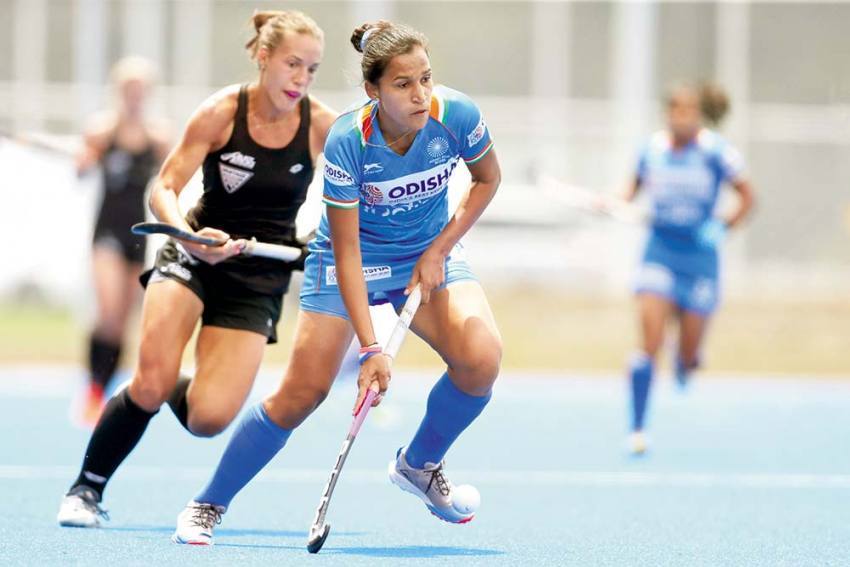 Soumitra Bose February 13, 2020 00:00 IST Sport Is Not Only About Sachin Tendulkar Or Virat Kohli, Hockey Exists Too: Rani Rampal 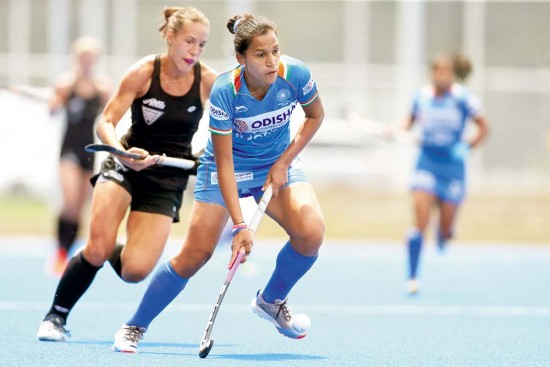 There is a warrior in Rani Rampal. Born in Shahabad Markanda in Kurukshetra district of Haryana, the 25-year-old scripted history by becoming the first Indian hockey player to win the World Games Athlete of The Year 2019 title. The award honours an athlete or a team for its outstanding performance in a year, or for their social commitment or particularly fair behaviour. Founded in 1980, the International World Games Association is a non-governmental and non-profit-making international organisation constituted under Swiss law. Rani has been leading India since 2016 and has 240 international caps under her belt. Just back from a series in New Zealand, the forward was home not to take a break but to appear in an examination for a post-graduate degree in English from Punjabi University, Patiala. Excerpts from an interview:

Q: How do you find time to study for a Masters degree and that too in English?
A: (Laughs) Yes, it’s a challenge and something I wanted to do. I deliberately chose English. It’s THE language of modern times and gives you a lot of confidence. I am not great in English but I am giving it my best shot.

Q: How do you rate the international media? Your award got a lot of publicity in Indian press.
A: International media is all bekar (useless) unlike our media which shows a lot of interest (in hockey). Am happy, my award didn’t go unnoticed by the Indian press. Sports is not only about a Sachin (Tendulkar) or Virat (Kohli). There is a lot happening beyond just cricket. And I am happy to see some good press.

Q: You received almost two lakh votes from sports fans from across the world. Even a Virat or PV Sindhu hasn’t won a world award yet.
A: It’s not about what I did in 2019 (Indian women qualified for the Olympics only for the third time in history), this award is a reward for my dedication to hockey for the last 17-18 years.

Q: What does the award mean to you?
A: For the first time, women’s hockey has been recognised by a sports fraternity that had contenders from a record 25 disciplines to choose from. I am happy to represent Indian hockey that has done some good work in the last three-four years. My teammates, coaches and federation also helped me win this award.

Q: Interestingly, the international hockey federation (FIH) has not given you an award...
A: (Laughs) Yes, that's true. Life is not always fair. We don't always get what we deserve.

Q: What’s your next goal?
A: A podium-finish in Tokyo, of course. Bangladesh winning the Under-19 Cricket World Cup by beating fancied India is an indication of what can happen on a given day. There will be no favourites in Japan and every team will believe it can win a medal. There will be intense competition.

Q: Which four teams can qualify for the semifinals?
A: I will not predict anything. Rankings don't really matter. There will be two parts to the competition -- first, one has to qualify from the pool stage and that's not easy. Then the knockouts, which are an entirely different tournament. Can't take anything for granted.

Q: Surely, world No. 1 The Netherlands will dream of a medal...
A: Why Netherlands, every team will eye a medal. But the attention will be on preparation -- game skills, physical fitness, diet and remaining focused. We have to get everything right on match days. That's the main challenge.

Q: The team has played a lot of exposure matches overseas. How is that helping?
A: Exposure trips help us identify mistakes. Only playing against good teams can make us better. It's a process that we have been following in the last three-four years and our coaching staff now has a lot of confidence in us.

Q: You are quite an inspiration. How do you motivate yourself?
A: You don't have to look far for motivation. Mary Kom is an example of what an athlete can do if one has passion and focus. At 36, she wants an Olympic medal. Isn't that amazing?