Playing On Your TV: Girls Aloud

The youthful Indian women’s team that took the field in the T20 World Cup turned a new corner in their game: brash, clinical, exhilarating 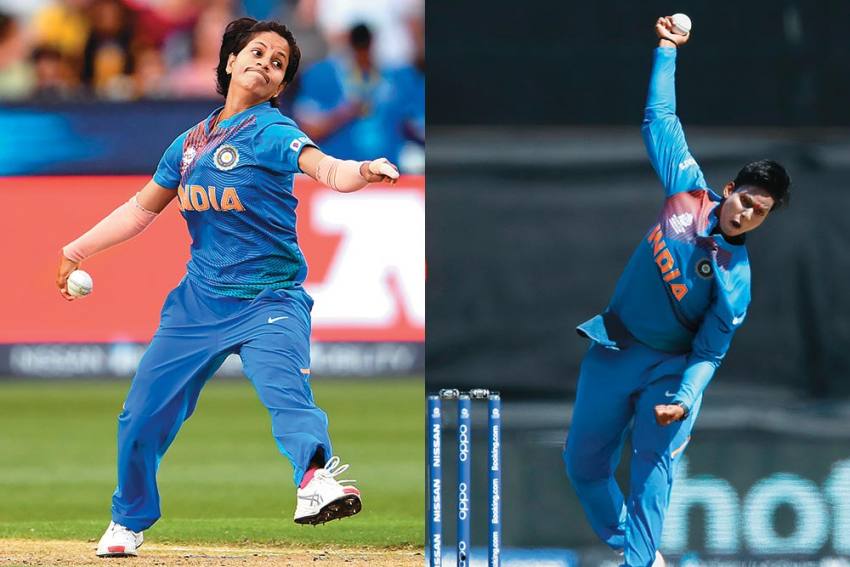 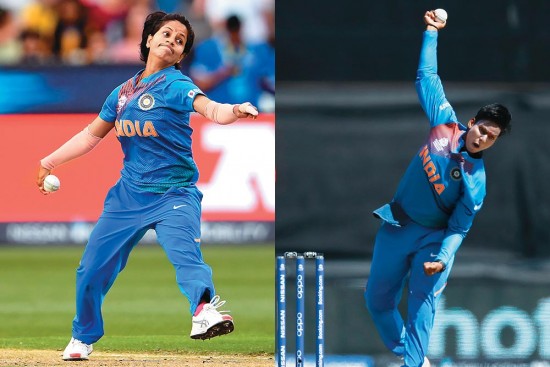 “Never be let down. You have been amazing throughout and you shall have the trophy in your hand one day. Keep believing!” More than being wise and motivating, it’s the person from whom they came that should be the biggest pick-up for the Indian team after they were undone by Australia at the ICC T20 World Cup final in Melbourne on March 8: the great Vivian Richards. In a format where the margin for error is slim, Indian bowlers carved one victory after another till the law of averages caught up with them. One of the youngest teams in the World Cup, India flunked in all departments on D-Day. Skittled out for 99, Harmanpreet Kaur’s team lost the final by 85 runs to give Meg Lanning’s Australia a record fifth title.

It ended in heartbreak, but the pulsating cricket the Indian team played and the body-language it displayed not only caught the attention of Richards, Sehwag or Kohli, but leading sports marketing professionals too. In the post-Mithali Raj era, the Indian women’s team is aggressive and ready to stare down the opposition. It reminds one of Sourav Ganguly’s team—confident and cocky—and its reincarnation in Kohli’s Team India.

As has been pointed out, the final, in its denouement, resembled the 2003 men’s WC final in Johannesburg. Ricky Ponting plundered the runs after Mathew Hayden and Adam Gilchrist that day, much like Alyssa Healy and Beth Mooney put on a match-winning 100-plus opening stand at the MCG. At the Wanderers, India lost by 125 runs, but Ganguly’s men had become the face of a metamorphosed Indian cricket culture.

Brett Lee, who was part of Ponting’s 2003 World Cup-winning team, shared India’s disappointment of losing a final after dominating a tournament, but echoed Richards: “This is not the end for them but the start.”

It’s true for the likes of Shafali Verma, Radha Yadav, Richa Ghosh and Jemimah Rodrigues—teenagers all. While Harm­a­n­preet, Smriti Mandhana, Deepti Sharma and Poonam Yadav can only build on their credentials, the future of our batting lies with the enormously gifted Shafali who, at 16, has drawn comparison with a Sachin Tendulkar or Sehwag for her clean hitting and the power with which she bludgeons the ball in the ‘V’.

Rohtak girl Shafali, who at 10 once filled in for her ailing brother in a tournament, is now the hottest young talent in women’s cricket. In the WC, where her smashing starts helped India win low-scoring games, Shafali rose to the top of the ICC batting charts, ahead of her captain and Man­d­hana, exp­erienced campaigners who were expected to score the bulk of the runs. Rising from a social system steeped in patriarchy, her story resembles the Phogat sisters in wrestling. With her performance backing up her story of braving odds, Shafali has attracted celebrity brand managers.

“Brands are attracted to success, consistency, unique stories of athletes and how they inspire people. Our women cricketers fulfil the criteria. Men would rule the roost in terms of brand endorsements, but we can see a huge change happening in terms of women cricketers,” says Tuhin Mishra, MD, Bas­­eline Ventures, that manages badminton champion P.V. Sindhu.

“I felt for Shafali…it was tough seeing her in tears but she should be very proud of the way she’s performed in Austr­alia…. It is a testament to her talent and mental stre­n­gth, and she’s only going to get better,” says Brett Lee. Sha­f­ali, who scored 163 runs at a strike rate of 158.25, managed just two in the final. “Depending on brands and categories, Sha­f­ali, Jemimah or Smriti comm­and interesting price points and are not that far off from the men if we don’t compare their price points with Virat and Dhoni. But their traction on social media or even offline is amazing. Smriti has the highest engagement on social media compared to any athlete in the country across sports. Likewise with Jem­imah and Shafali. Things will get better with the impact of the T20 WC,” says Mishra. Smriti, he says, endorses eight brands and can command anything between Rs 50-75 lakh per brand annually.

With Sunil Gavaskar urging BCCI president Ganguly to start a women’s IPL, women’s cricket is on the ascendant. The numbers don’t lie—the World T20 final at MCG attracted a record 86,174 spectators despite coronavirus, while TV and digital viewership make it the most watched women’s cricket event ever. Across ICC’s digital and social platforms, there was an unprecedented 701 million video views till the semi-finals. Strap on your pads, folks; our women are winning. 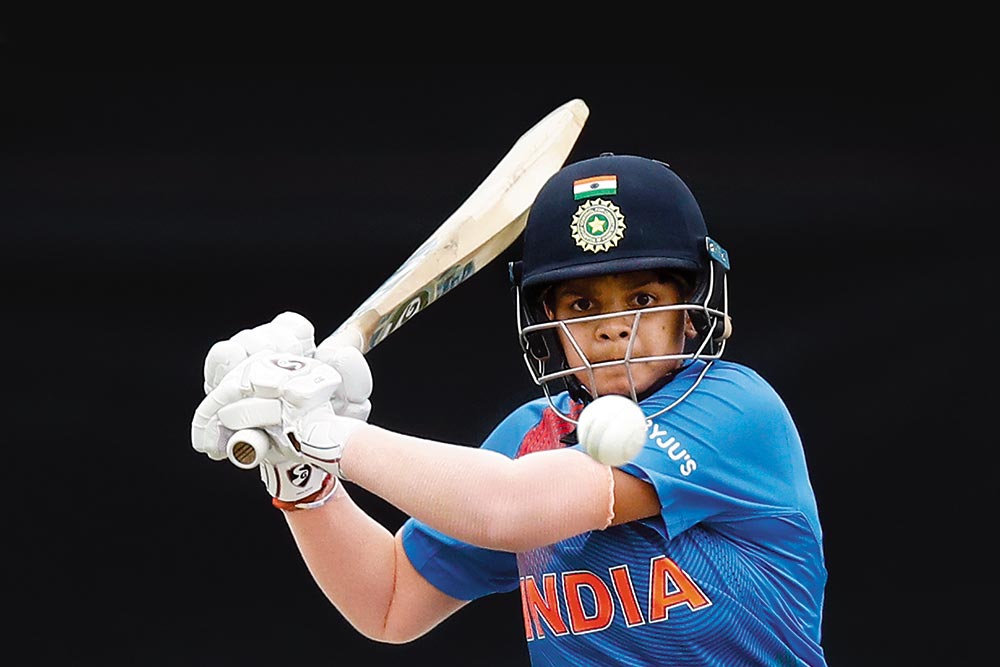 Shafali Verma
What were you doing at 16?

The world of cricket was jolted awake by Shafali’s fearless stroke-making—the women’s T20 World Cup has seen the emergence of a generational talent. With ace batters faltering, she was one reason why India were in their maiden T20 World Cup final; at the end of the debacle, she was found sobbing inconsolably on Women’s Day at the MCG. Carrying the weight of a nation’s expectations is a heavy cross to bear for a16-year-old, but Shafali has already shifted the boundaries of that—India’s new girl star. A lesson, too, for fans—this slip of a girl can hit a six big enough to smash a glass ceiling. After making her India debut in a T20 against South Africa in 2019, Verma is now part of India’s core. She is the youngest cricketer ever to play in a Cricket World Cup final, and is the top-ranked batter in the shortest format. All this, in just six months! 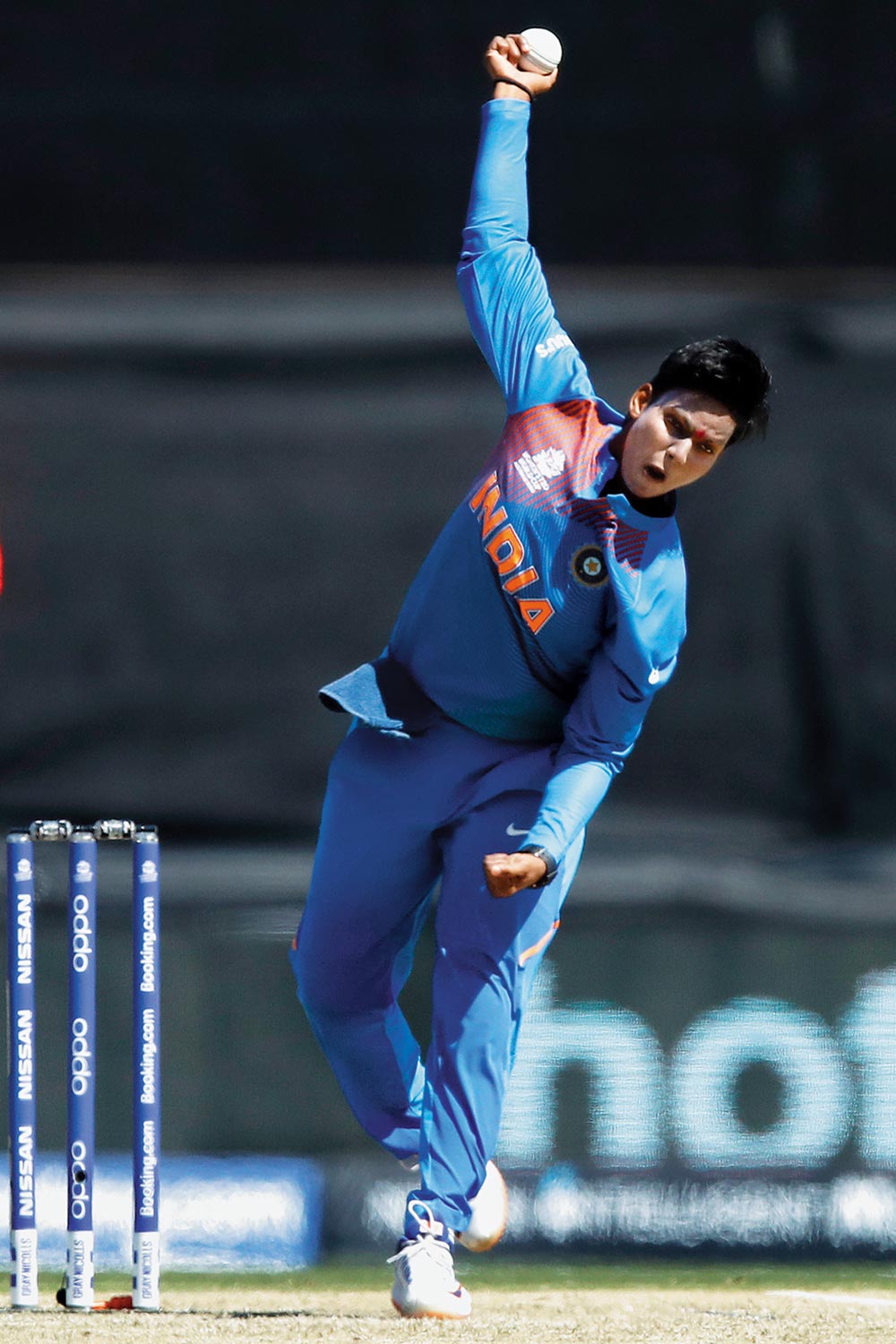 They have been highly prized, but with the preponderance of shorter formats, cricket is populated by all-rounders like never bef­ore. Still, many so-called ‘bits and pieces’ players are understated and unsung. For India, that player is Deepti Sharma—during the ICC Women’s T20 World Cup, she scored 116 runs and took four wickets, with two top scores for India—49 and 33 in the first and final matches, both against Australia when teammates struggled.

Despite being low-profile, the girl from Agra is a consistent performer. Just 22, she has played over 100 int­ernational matches and has India’s highest individual score in ODIs—188 against Ireland in 2017. The left-handed batter is now India’s de facto finisher, who operates with her right hand with the ball. On that, stick the label of India’s best fielder. She is also the first Indian player—man or woman—to bowl three maiden overs (4-3-8-3) in a T20I match, against South Africa at Surat in 2019.  That’s a handy enough list of acc­omplishments! 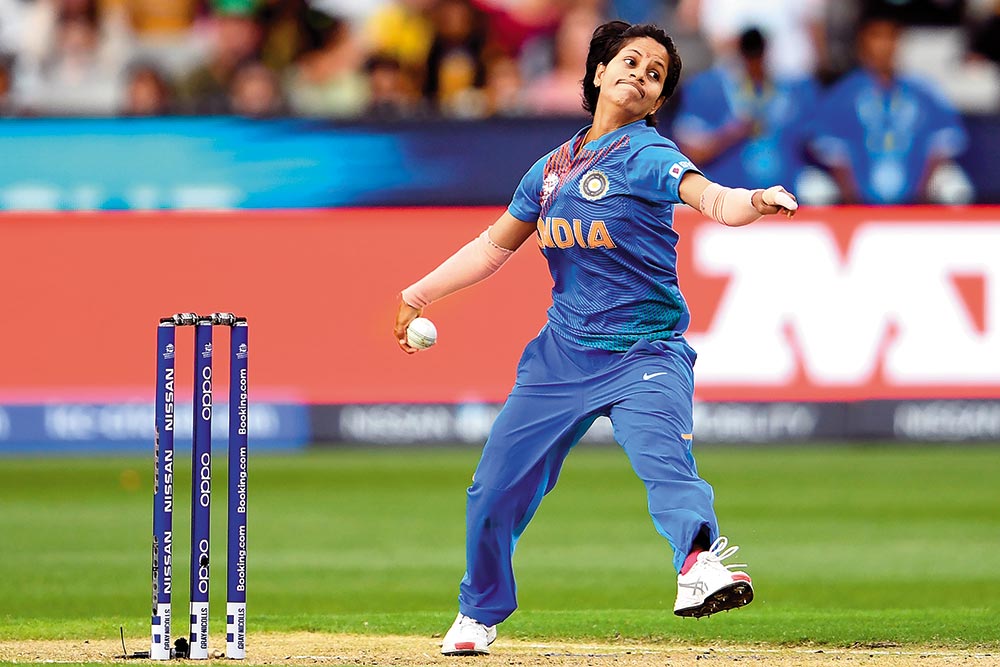 Poonam Yadav
Tackle her to win

“Tackling Poonam Yadav will be the key,” thus read headlines before India’s T20 World Cup semi-final against England. That the confident English were wary speaks of the skill of the leg-spinner. There were enough cues—one being her performance against the most dominating women’s side in cricket, in the tournament opener against Australia. A four-wicket haul, including a hat-trick, with the law denying her a fifth! Thus, the 28-year-old destroyed the defending champions.

India’s road to the final started with that four-over spell (4-0-19-4) as India defended 132/4 against the eventual winners who went on to post 184/4 in the final. Between the opener and the finale, Poonam pla­yed her guileful part, helping India produce an unbeaten run of four matches. Leg spin being an art for the mat­ure tweaker, after 114 international matches, the diminutive spinner from Agra is one of the most respected bowlers in women’s cricket. She was the second-highest wicket-­taker in the tournament with ten scalps. And her inability to dominate the Aussies proved detrimental to India’s cause in the final. Yes, second time around, the hosts tackled her well.