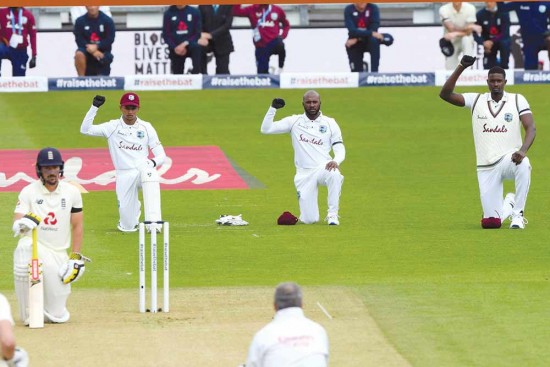 Cricket has started in the UK. Since the Black Lives Matter movement many organisations, as well as sports bodies, have demo­nstrated a positive message. In the Pre­­m­­ier League, players’ names were replaced with #BLM.

When it comes to delivering an important message, cricket keeps on getting it right. Why is it that cricket gets it right and other organisations can’t deliver the same message, like the small speech Michael Holding gave in July during an England vs West Indies Test. The reason being that cricket finds it easier to embrace diversity. Diversity is about recognising that we all succeed in different ways. A cricket team has batsmen, bowlers, a wicket-keeper, but batsmen differ between openers and the middle-order; so do leg- and off-spinners, medium pacers and fast bowlers. With this innate diversity in skill, cricket just deals with racial issues better than other sports.