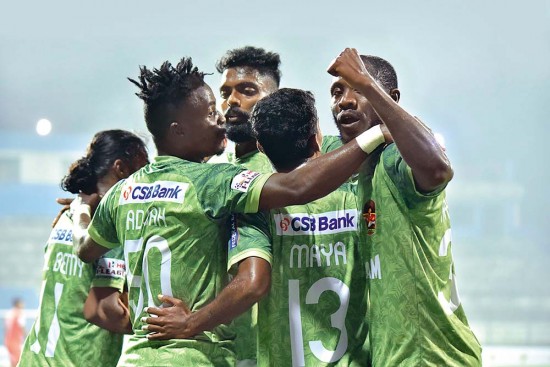 Once, giants bestrode Kerala’s hallowed football grounds—names the whole country spoke of with awe. Then, a period of steep decline—it was as if the romance had fizzled out in a state in love with the beautiful game. Now, a deep slumber is broken by the huzzahs of fans that bounce off the sparkle of fresh silverware. Twenty years after Kerala Police won their second straight Federation Cup in 1991, Gokulam Kerala FC have gladdened the hearts of passionate Malayali football fans by becoming the first team from the state to win the I-League championship, the premier club tournament that mirrors Indian talent.

Consider this: If there was a vote for Kerala’s most popular sportsperson today, Emil Benny would probably beat IPL star Sanju Samson. The 20-year-old striker from Wayanad played a big role in Gokulam’s I-League triumph and is a rising star. The pony-tailed youngster added the insurance goal as Gokulam staged a remarkable comeback against Manipur’s TRAU FC to finish 4-1 winners in a dramatic league final in Calcutta recently.

ALSO READ: “We Should Have Tournaments That Showcase Indian Talent”

Cricket got a toehold in Malayalis’ sporting palate—exploits of locals like Sreesanth or Samson certainly helped—purely because football had taken a backseat ever since the likes of I.M. Vijayan and Jo Paul Ancheri gave up ser­ious football around 2005. Kerala Football Association secretary Anil Kumar admits Kerala had lost ground in the last two decades. “Lack of long-term planning and paucity of professionalism hurt Kerala football. Also, we couldn’t create a league which gave opportunities to Kerala players,” says...