Privileging competence, even stolidity, over flash and dazzle and multiple stabs over awesome blows, India wore Australia down in an un-Indian manner 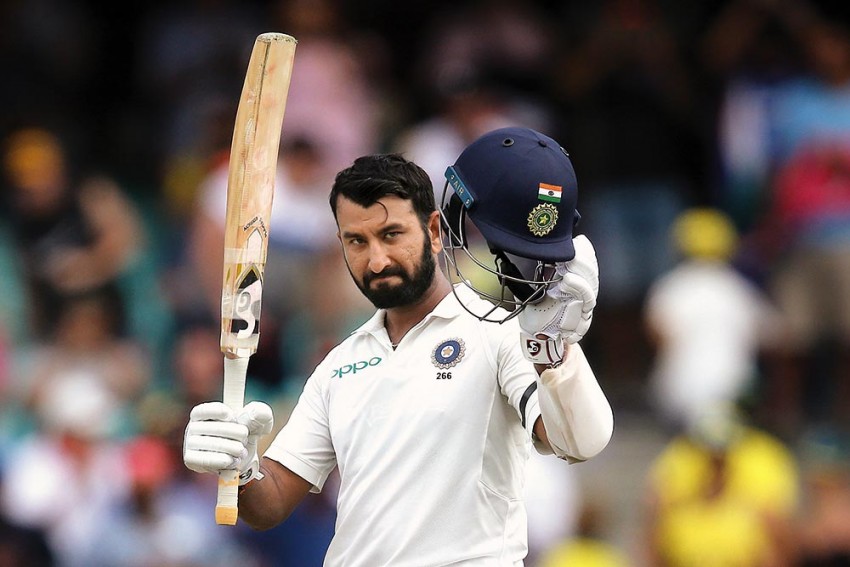 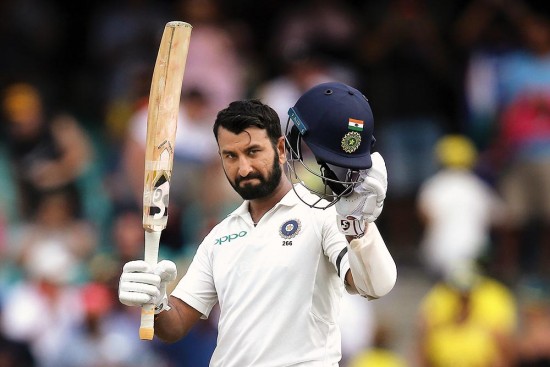 The ‘new’ India has been evolving for a while now, dropping some of the baggage of the old while appearing uncertain about the nuances of the transformation. One thing would vindicate the change in culture: a series win away, with the accent on solidity rather than mere flash, on efficiency rather than style, on a move away from strike rates or gasp-ind­ucing spin to putting it all together in a package that ground the opposition down. It all came tog­ether in Australia.

If it meant winning in an un-Indian way, so be it. Spin bowling wasn’t the key. Nor was wristy, ooh-inspiring batsmanship. Virat Kohli’s men were professional, focused, and delivered the knockout with a series of short jabs rather than one mighty punch. For too long have Indian teams relied on the mighty punch that looked attractive but meant ignoring the short jabs. Neither Kohli nor coach Ravi Shastri is an old school romantic. If Indian teams in the past felt that it was important to win looking attractive and in command, the Shastri-Kohli duo felt it was simply important to win. Period.

Indian cricket is more used to opposition spinners winning a series in their backyard than their fast men winning abroad. When the feted spin quartet was at its peak in the 1960s and ’70s, and on pitches usually tailor-made for them, Windies’ Lance Gibbs (twice), Australia’s Ashley Mallett and England’s Derek Underwood claimed more wickets in home series than India’s best.

It has taken India this long not just to win a series in Australia, but to win it with fast bowling as the main weapon. To see the opposition’s Starc-Cummins-Hazelwood hand and raise it with their own Bumrah-Shami-Ishant.

The pack of fast bowlers delivered, but so did spinners. Mayank and Hanuma did well, Pujara batted like a master must in Tests.

This was not a motley collection of medium pacers but a team of fast bowlers each capable of bowling above 140 kmph consistently, with Jasprit Bumrah even crossing the 150-mark. It might well be that Bumrah sent down the fastest delivery by an Indian in a Test match—faster than Mohammed Nissar at the inaugural Test in 1932 at Lord’s, and by reputation and repetition the fastest India has produced. There is no way of confirming this, of course, at least not till technology can measure speeds retrospectively.

Even in this focused, talented lot, Bumrah was special. No Indian bowler in the recent past, not even the successful spinner, has looked like taking a wicket every time he has come on to bowl. That he was unorthodox, all arms and legs, helped. But there was, too, a cricketing intelligence that picked up clues to dismissals, altered plans when needed, and equally importantly, stuck to the plan when denied immediate success. All attack is about knowing what to change and what to stick with.

Bowling coach Bharati Arun has not been given enough credit for moulding the attack so that tog­ether the bowlers presented a jigsaw difficult to put together, while individually being complete in themselves.

Fast bowlers hunted in pairs, now they hunt in packs. Already, Youtube has its share of young boys bowling (or attempting to bowl) like Bumrah. Originality and success make for an alluring combination. There is something endearing about a smiling assassin who sees little need for dramatics or violent gestures on the field. The action may be difficult to copy, but the attitude isn’t.

The good news is that India’s traditional strength, spin, was not abandoned. Spinners had nearly 30 per cent of the wickets taken by bowlers, with Kuldeep Yadav picking up a five-for in the last Test. The spearhead here, Ravindra Ashwin, did cause fitness worries, but he is only 32, and already has more wickets than any other off-spinner in history barring two—Mutthiah Muralidharan and Harbhajan Singh. Ravindra Jadeja nudged ahead on this tour, but India have choices, and that is important.

From the moment Kohli took over as captain in Australia four years ago, he has made no secret of his ambition—to win a series abroad. To do that, the team needed to be injury-free, balanced and fit. The balance involved both the opening bowling and the opening batting. As recently as on the previous tour, to England, when one set fell into place, the other disappointed.

India have decided that style should be a ­­by-product of solidity, that flourish should accompany efficiency. It is a big leap.

But in Australia, the bowling set made up for the batting set. When makeshift opener Hanuma Vihari played out 66 deliveries in the Melbourne Test, realisation dawned that batting at the top involved both scoring as well as using up deliveries. It was a successful formula employed on the 2003-04 tour when Aakash Chopra’s specific instruction was to keep Virender Sehwag company unmindful of runs scored, while the attacking batsman went his merry way. This time the attacking batsman was Mayank Agarwal, who displayed a refreshing delight in his stroke-making, a joy in taking the fight to the enemy camp. The debutant’s mind was uncluttered by past failures because he had no past, and there was a freshness to his approach that suggested India’s worries at the top might be over for a while. The young Prithvi Shaw, who didn’t get a game owing to injury, will be back while K.L. Rahul, once he sorts out his mind, should be in the reckoning too.

If the tour was a personal triumph for a single individual, it had to be Cheteshwar Arvind Pujara. He turns 31 this month, and has played 68 Test matches, scoring 18 centuries. He can finally heave a sigh of relief because he is now a certainty in the side. It was understandable if the fans alone laid too much store by strike rates and explosive batting, but for the team management to do so in recent years has been ridiculous. Pujara is a cricketer’s cricketer, one whose value is understood best not by raucous jingoistic fans drunk on the IPL but by professionals who have trodden the same path.

He loves to bat. And bat on. And continue to bat some more. One of only two current Indian batsmen with an average of 50-plus (Kohli being the other), he might have been considered the backbone of the batting, but for the excessive value placed upon flair and flourish by those in charge.

With three centuries in a series where there were only four in all from either side, Pujara evolved as the poster boy of the new India under a reformatted Kohli, the skipper who now believes that it is better to win ‘ugly’ than lose attractively. In Australia on the last tour, in his first Test Kohli made two centuries as India chased 364, all attractive strokeplay and derring-do, but fell short by 48 runs.

The fundamental difference between this team and the earlier one was the captain’s epiphany. Do what it takes—even if occupancy of the crease gains precedence over making runs—but remember, the end matters.

Whether Pujara led the change or was a product of it he batted like an adult playing a Test match, not like a misguided youngster looking for end­orsements after a white ball innings. And it served India well. As Man of the Series, he brought focus to bear upon what can be done the old-fashioned, risk-free manner of batsmanship; his strike rate through the series (41.41) was marginally higher than Kohli’s (41.22). In statistics, as in poetry, context is everything.

It is not that the new India does not play attractive cricket. Pujara was attractive in the manner a Horatio was when guarding the bridge. He still plays spin better than anybody else, and the second half of any innings always gallops along.  But India have decided that style should be a by-product of solidity, that flourish should accompany efficiency rather than come alone. It is a big leap. And the team is young enough to explore where the change will take them.

The Fastest Division In Two Punjabs