Indian Cricketers' Association -- The Voice That Never Was

With more than 8,000 members and a place in the all-important apex council of the Indian cricket board, ICA is history in making 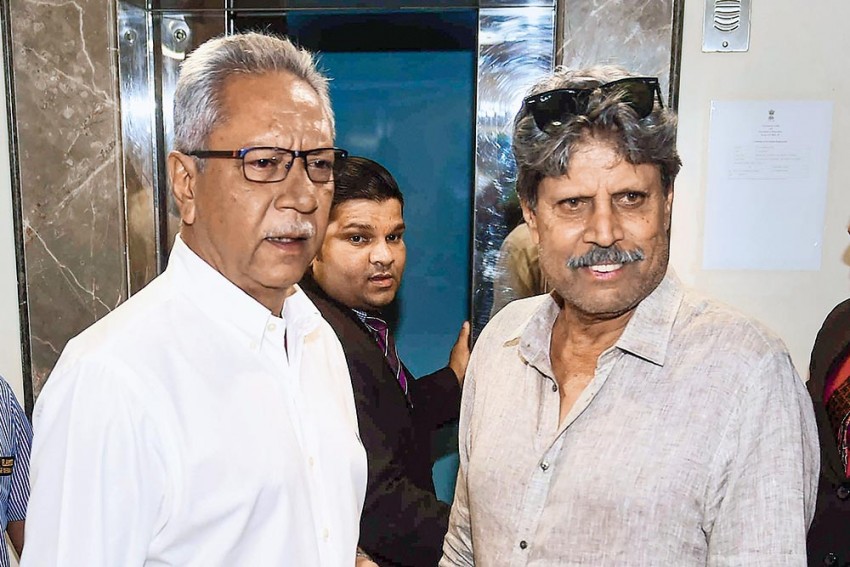 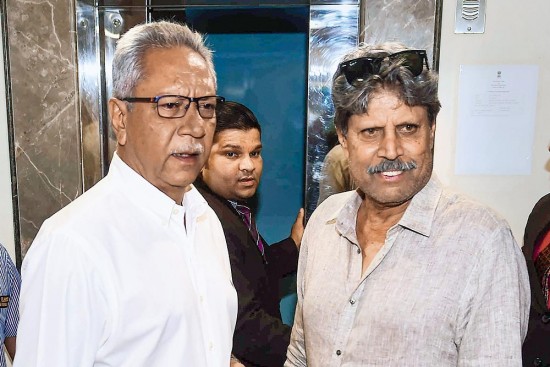 It is a group whose time had come long back, and yet took years to fructify despite a real, felt need from all professional wielders of bats and hurlers of balls. The Indian Cricketers’ Association (ICA), with full backing of the Supreme Court, has finally come into being. Around 8,000–possibly more—former first-class and international players, both men and women, along with disabled cricketers, are to bec­ome proud members of the ICA and their state chapters. And, for all you know, a stalwart like Kapil Dev, Moh­ammed Azharuddin or Sachin Tendulkar could become president of the Board of Control for Cricket in India (BCCI) in future, taking the ICA route. If that happens, it will herald a new era in Indian cricket.

The development is truly game-changing—a paradigm shift of immense significance. The BCCI never let players raise their voice in its 90-year history, and any attempt was squashed by powerful administrators of the day with an iron boot. The few half-hearted atte­mpts made in 1978, 1989 and 2002 were summarily crushed.

The ICA is completely different. Reg­istered as a company for more transparency and flexibility, it will have its state chapters, with a total electorate of app­roximately 8,000 across India. The association will enjoy all the powers and pri­vileges of a company, and governed by rules and regulations like a board of dir­ectors and regular AGMs. Significantly, it will send two of its elected members to the yet-to-be-formed nine-member BCCI apex council and one to the seven-­member IPL governing council, thus empowered with a decision-making voice. Similarly, the ICA’s state chapters will send three members to the apex councils of their respective states. If the ICA and its representatives play their cards wisely within the BCCI, without being actuated by outside influence, cricketers could rule Indian cricket—that long-cherished dream.

Another positive development is that once former players become members of their state players’ associations, they will also become eligible voters in the general elections of their state bodies. “Absolutely, yes…hundred per cent with voting rights. So, any Ranji Trophy player who has played for, say, Madhya Pradesh and is now residing in Haryana, has the option to choose to become a member of either Madhya Pradesh or Haryana. And he will have the right to vote in that cricket association election as well as stand for elections,” Vinod Rai, chairman of the SC-headed Committee of Administrators (CoA), tells Outlook (Read full Vinod Rai interview). This could change the entire dynamics of cricket administration—thousands of ex-cricketers would be a force to reckon with in any cricketing decision of national import. In certain states, like the Delhi and District Cricket Association, current players already have the voting rights. In other words, in a few years the reins of Indian cricket could firmly be in former cricketers’ hands. This could start with Sourav Ganguly, current head of Cricket Association of Bengal, who could contest for the BCCI president’s post at the October 22 elections.

The legendary Shantha Rangaswamy, the first India women’s captain and all-rounder, is elated. “This is a big step for cricketers per se, and a giant leap for women cricketers. How many men cricketers who have donned India colours could wade their way through to administrative posts? Very few. Former cricketers should guide the BCCI in steering the game in the right direction,” the Banga­lore-based Shantha (65), who has still not been given life membership of the Kar­nataka Cricket Association, tells Outlook.

Kiran More, a former India wicket-kee­per who was part of an unsuccessful att­empt to form the Association of Indian Cricketers in 1989 along with the likes of Kapil Dev, Dilip Vengsarkar, and Mohi­nder Amarnath, also welcomes the move. “It’s a big honour for cricketers to be part of the BCCI. There are many cricketers, starting with Pataudi, Bedi, Gavaskar, Tendulkar, Kumble, Dravid, Kohli, and Dhoni, who have helped the BCCI bec­ome big. They have also helped BCCI earn a lot of money,” he says.

On the recommendations of the Lodha Committee, a steering committee headed by top ex-bureaucrat Gopal Krishna Pillai was tasked to amalgamate all former cricketers into a body, the ICA. The other initial panel members were Mohinder Amarnath, Anil Kumble, and Diana Edulji. But after Amarnath and Kumble excused themselves and Diana became a member of the CoA, Kapil, Anshuman Gaekwad, Bharath Reddy and Shantha were included.

“We had 13-14 meetings. The one issue that came up was whether present cricketers should also be included in the ICA, because most of the associations in the world have current players also. But finally it was agreed that we should continue with former players for an independent voice because they will advise the BCCI in terms of remuneration and other things for current cricketers,” Pillai tells Outlook.

The process of gathering women cricketers’ records from the states is a big task, says Pillai. The difficulty has arisen as the Women’s Cricket Association of India, which was administering the women’s game, merged with a reluctant BCCI in 2006, but the pre-2006 players’ records are either completely missing or incomplete. Once the players’ list is complete it will be put up on the BCCI website for people to lodge objections. A panel will look into the objections and take a final decision, before polls take place for ICA office-holders at the national and the state level via electronic voting. This elec­tion will happen before the BCCI’s gene­ral election on October 22. The SC has appointed former chief election com­m­i­ssioner N. Gopalaswami as the electoral officer for the polls. In a nutshell, Indian cricket is set to undergo massive reforms before the year is out. The array of court-­directed reforms in cricket administration has been resisted at various stages of implementation. A generous induction of ex-players might usher in an age of enli­ghtenment in our cricketing affairs.