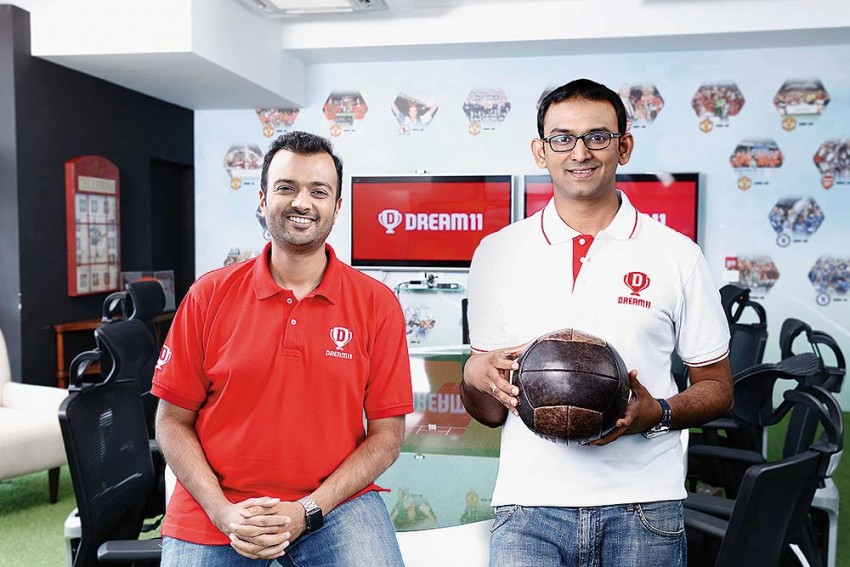 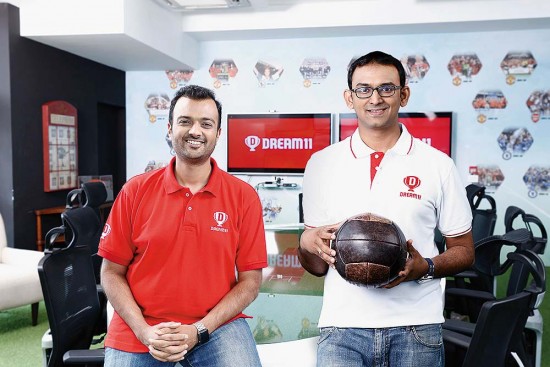 India’s top fantasy sports platform, Dream11, joined the Unicorn Club in April with a huge fantasy game user base of around 65 million. It also clinched a deal with IPL as its official gaming partner. Dream11 co-founders Bhavit Sheth and Harsh Jain discuss whether fantasy cricket is “skill” or “betting/gambling” with Prachi Pinglay-Plumber and Jyotika Sood. Edited excerpts:

Bhavit: Harsh and I used to play fantasy football for the EPL. When IPL came around, we wanted to play fantasy cricket, but it did not exist. Then we thought that as something so potentially engaging is not available, let’s create it ourselves.

How does this work? What’s your business model?

Bhavit: Say there is a Mumbai-Hyderabad match going on; before the match starts, you have to select a total of 11 from a pool of 30-odd players, who you think would perform the best. We have provided certain credits to each player and you have to select a team within 100 credits only. So you can’t choose all superstars as you have to optimise your budget. You have to mimic a real team, like the selectors do—choose a wicket-keeper, batsmen etc. Once you are done with that, we have two types of contests—free-to-play and pay-to-play. In free-to-play, if you win, you just win bragging rights. In pay-to-play, you pay money that gets pooled and whoever wins gets a certain percentage of that pool after deducting our fee. In larger contests, the winner takes all, but we try to distribute it among at least 50 per cent of the contestants. Currently, 85 per cent users opt for free-to-play.

How much money do people win?

Bhavit: You pay Rs 44 to play and the total prize pool is Rs 10 crore. Around 34 lakh people join the contest and the winner gets Rs 30 lakh. The rest gets distributed.

How big is fantasy sports in India?

Harsh: Today, there are 850 million cricket fans in India, of whom more than 400 million follow cricket online. With 65 million users, we have connected with just a small portion of sports fans in India and are looking at ending the financial year with 100 million users.

How big is your company?

Bhavit: We have 220 people working out of a single office in Mumbai. Regarding financials, we don’t share any figure publicly.

Bhavit: Usually people lose only Rs 44. And we are sure that ours is a completely legal business model. This is not betting or gambling, but a game of skill. In 2017, when a lawyer filed a case against Dream11, saying it should be shut down, the Punjab and Haryana HC ruled that it’s not betting and gambling, but a game of skill and a business protected under the Constitution of India. Then the lawyer appealed to the SC, but the petition was dismissed.

Dream11 is not allowed in some states. If you got a favourable judgment from the HC and the SC, why aren’t you able to start in these states?

Bhavit: This is a state subject. Most states have adopted the Central Public Gambling Act, which makes an exception for games of skill. In some states, it’s not clear whether these games, which involve money, are allowed or not. So we stay out as a precautionary measure.

BCCI was not keen on this format. How did you convince them?

Bhavit: We have been talking to them for a few years, and they actually wanted to do it, but their conditions were so onerous that it didn’t make sense for us. Now that fantasy sports have grown, they ­understand the value and engagement it brings. So they are more willing to do it without the terms and conditions.

Tell us about Dream11 in IPL.

Bhavit: IPL is when interest in cricket is at its maximum. That’s when most user acquisition happens. Last year, before IPL, we had 20 million users and by the end, we had added 20 million more.