Most modern teams pack their dream XIs with all-rounders. History has shown how these 'bits-and-pieces' cricketers have been match-winners and India's campaign in ICC World Cup 2019 will revolve around a Hardik Pandya or a Vijay Shankar 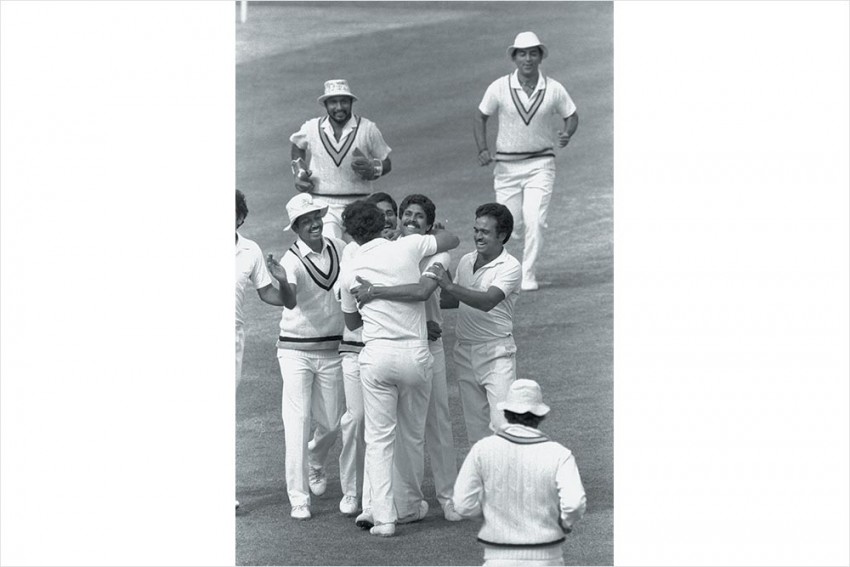 Defending 183
One more West Indies wicket falls in that immortal defence of a modest score at Lord’s on June 25, 1983, sending Kapil’s Devils into raptures. The team had several all-rounders.
Photograph by Getty Images
Qaiser Mohammad Ali May 29, 2019 00:00 IST Cricket World Cup 2019: Utility Is Their Middle Name, Ignore Allrounders At Your Peril

Calling them ‘bits-and-pieces’ players may amount to cricketing condescension, but all-rounders of a middling range, who bat a bit and bowl a bit, with one usually predominating, have always mattered in the World Cup. In the Ind­ian context, nowhere was this was more abundantly evident than during the 1983 World Cup. When the unheralded Indian team landed in England 36 years ago, no one would have ima­gined that these bat-and-ball ‘experts’ in Kapil Dev’s team would step in at all times, take wickets with their uncomfortably nippy medium pace and chip in with a few runs, thus contributing handsomely to the biggest upset in the game’s history till that point. The low-profile Mohinder Amarnath made the tournament his own and emerged one of its best all-rounders. But the India vice-captain not only scored 237 priceless runs and bagged eight crucial wickets, including the trophy-sealing scalp of Michael Holding; he played the crucial overall role of strategist in India’s epochal triumph.

Amarnath, then 32, was adjudged Man of the Match in the semi-finals as well as the final. In the final, he scored 26 runs and then dismissed Jeff Dujon, Malcolm Marshall and Holding with his military medium pace. The other India all-rounder, Roger Binny, emerged as the top wicket-taker, with 18 scalps at a miraculous average of 18.66, besides chipping in with 73 priceless runs lower down the order. And who can forget the role of the indomitable Madan Lal in our glorious triumph, particularly his dismissal of Vivian Richards in the final, as well as that of wicket-keeper Syed Kirmani, who also chipped in with important runs, besides keeping the wickets? 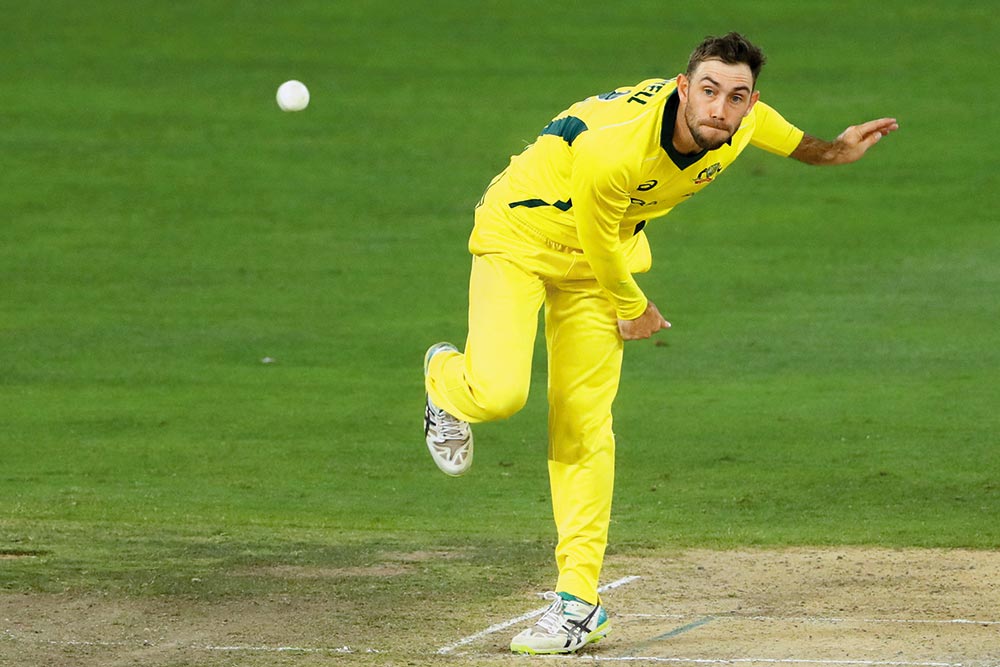 He’s in top form with the bat. If his off-spinners turn and grip along with it, he’ll be top draw.

So, as per time-honoured history and tradition, the 2019 World Cup too is expected to throw up all-rounders who will gladden fans’ hearts. Indeed, there are a group of men with such multi-dimensional skills lurking around in every team. If India have Hardik Pandya and Vijay Shankar, England have Moeen Ali, Adil Rashid, and Ben Stokes. While Australia have Glenn Maxwell, Pat Cum­mins, and Marcus Stoinis, the West Indies are fortunate to have Andre Russell and Jason Holder amongst their ranks. Pakistan will rely on veteran Shoaib Malik. Bangladesh’s Shakib Al Hasan, South Africa’s Chris Morris, J.P. Duminy and Dwaine Pretorius, New Zealand’s Mitchell Santner, and Rashid Khan and Mohammad Nabi of Afghanistan can also be more than a handful on their day. Each of these men can turn around their team’s fortunes with bursts of brilliance.

“From Afghanistan to England, or from India to West Indies, every team is blessed with top-class all-rounders. That’s why I believe it will be an all-rounders’ World Cup,” former captain Clive Lloyd, who led the West Indies to World Cup triumphs in 1975 and 1979, was quoted as saying by the ICC. 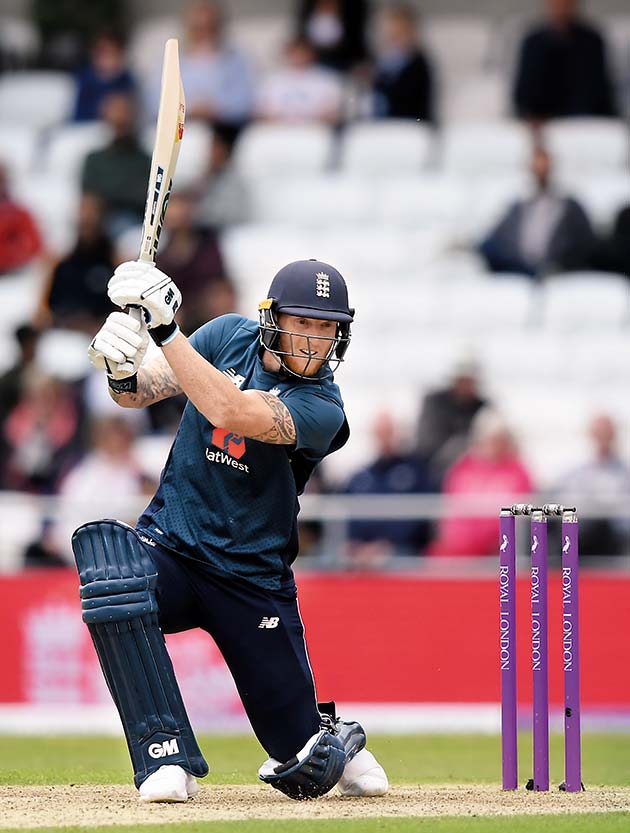 With the bat, he easily demolish attacks. Incisive fast bowling too.

Former India all-rounder Chetan Sharma points out the crucial role of all-rounders in India’s successes in 1983 and 2011, and in the 1985 World Championship of Cricket in which he himself featured. “All-rounders always play an imp­ortant role; rather, they play the most important role. In 1983, we won the title because we had good all-rounders. Then, in 2011 also, we triumphed as we had skilful all-rounders. Vijay Shankar has been picked now because they [selectors] know that all-rounders are important,” Sharma tells Outlook.

During India’s dream run in 1983, captain Kapil Dev (303 runs and 12 wickets), Amarnath, Binny, amd Madan Lal were the star all-rounders while Kirmani’s contribution cannot be forgotten as he, too, can be classified as wicket-keeper-batsman all-rounder. Kirmani effected 14 dismissals—second only to West Indian Jeff Dujon’s 16—and scored 61 crucial runs, which includes the priceless 24 not out in that unbeaten 126-run partnership for the ninth wicket with Kapil (175 not out) that set up the important win against Zimbabwe. In 2011, an ailing Yuvraj Singh (362 runs and 15 wickets) emerged as one of the main architects of the triumph against all odds and captain Mahendra Singh Dhoni (241 runs and 10 dismissals) kept wickets well and batted with skill and iron nerves in the final to ensure victory. 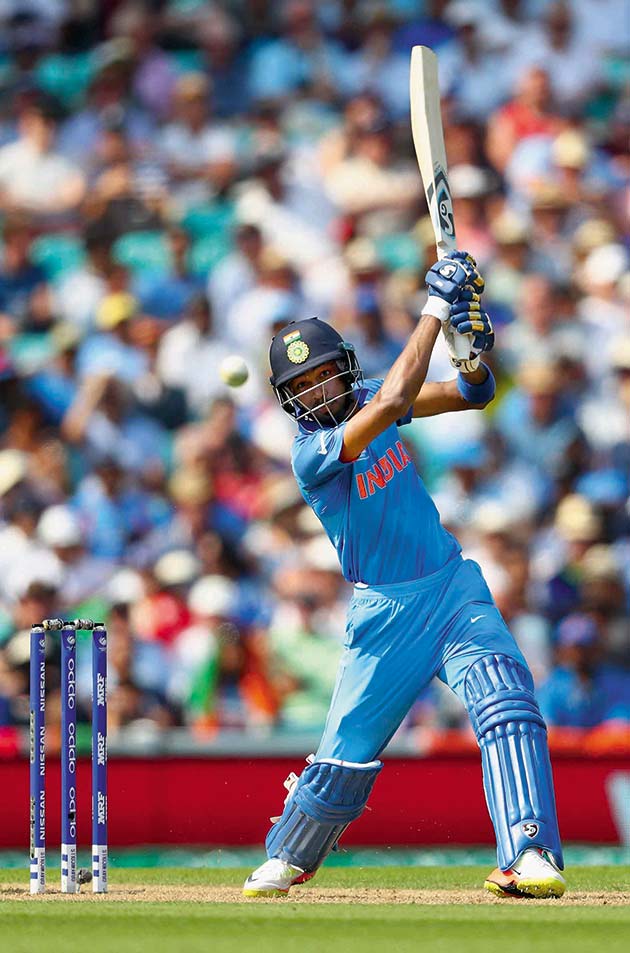 As a third seamer, he’s an ‘automatic pick’. Add to that those awesome strikes.

Anshuman Gaekwad, a former India opener, says that the presence of Hardik Pandya, the main all-rounder in Virat Kohli’s team, helps the team management pick a balanced XI. “Pandya as the third seamer is an automatic starter in the XI. When he is in the XI, his selection allows two spinners to be picked. Generally, we can put all the all-rounders picked for the World Cup at par as of now. But it remains to be seen who all will eventually deliver,” he says.

Amongst the all-rounders who have the potential to wreak maximum havoc to opp­osing teams will be Australia’s Maxwell and Stoinis, the West Indies’s Andre Russell and England’s Stokes. “For me, the all-­rounders to watch out for will be Pandya and Stokes, while Maxwell and Stoinis will be the impact players,” predicts former India pacer Ashish Nehra.

Former Pakistan captain Zaheer Abbas, too, acc­ords all-rounders prime importance. “In the past, whenever Pakistan has done well in World Cups and other important tournaments, our all-­rounders have performed a major role in it,” Abbas tells Outlook. When Pakistan won the 1992 World Cup in Australia, all-rounders Imran Khan, the captain (185 runs, seven wickets), Wasim Akram (18 wickets and 62 runs) and Aamir Sohail (326 runs and four wickets) had performed decently enough. And in 1999, when Pakistan reached the World Cup final, Akram, the captain, again blazed a trail of 15 wickets and chipped in with 148 runs while Abdur Razzaq (13 wkts and 170 runs) and Azhar Mahmood (13 wkts and 116 runs) also made stellar contributions.

Australia’s 30-year-old Maxwell can be doubly dangerous if his bat flashes into action and his off-spinners grip, turn and zip.  With bat in hand, Maxwell is in ominous form, as he displayed during the recent ODI series against Pakistan in the UAE. His last three innings were 71, 98, and 70. If Maxwell and Stoinis both strike form at the same time, the opposition will barely recover after the onslaught from Australia’s specialist batsmen and bowlers.

England will rely hugely on left-handed Stokes, who showed during the recent ODI series against Pakistan that he is well-primed, with scores of 37, 71 not out, and 21—signs that he is peaking at just the right time. The inheritor of Andrew Flintoff’s mantle is one reason why England are favourites. 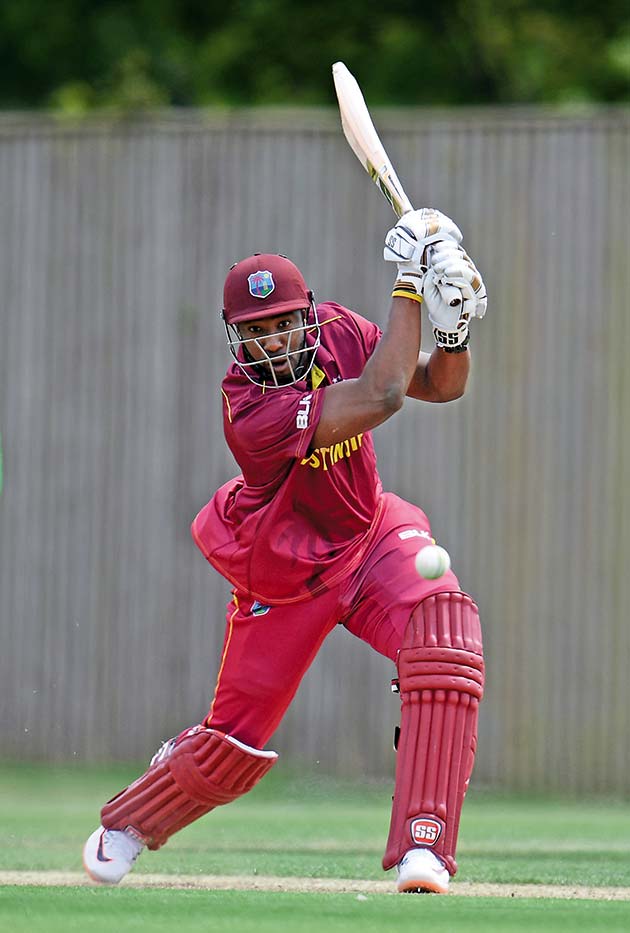 His ruthless power-hitting can demoralise opponents. A handy pacer too.

The West Indies will, to a large extent, dep­end on in-form Andre Russell, though they also have all-rounders in captain Jason Hol­der and Carlos Brathwaite, who with his big hitting won his team the 2016 Twenty20 World Cup in the last over of the match against England. To say that Russell, a 31-year-old from Jamaica, was in utterly destructive form for the Kolkata Knight Riders in the recently concluded IPL is an und­erstatement. He terrorised bowlers, bludgeoning sixes and bou­ndaries with a minimum of perceived eff­ort, and ended up as the fifth top run-scorer with a tally of 510, besides bagging 11 wickets.

Gaekwad sounds a note of caution, though, saying that all-rounders’ good performances would largely depend on the types of pitches on offer and the weather conditions in the second quarter of the English summer, during which the World Cup is being played. “You never know about Eng­lish conditions. Last year it was very warm out there. But it might rain anytime, British weather is fickle. If it doesn’t rain, pitches would be batsmen-friendly and in that case bowling has to be covered up by batting,” he says.

All-rounders are a crucial support system to any team—with ball in hand they ope­rate in the crucial middle overs, being in a position to apply the brakes and extract a bad shot; as batsmen they can turn the game on its head as an innings ripens. The World Cup awaits their brilliance.