Franz Gastler and his wife Rose run Yuwa, a school in Ormanjhi that uses football to empower marginalised women against illiteracy, child marriage and poverty 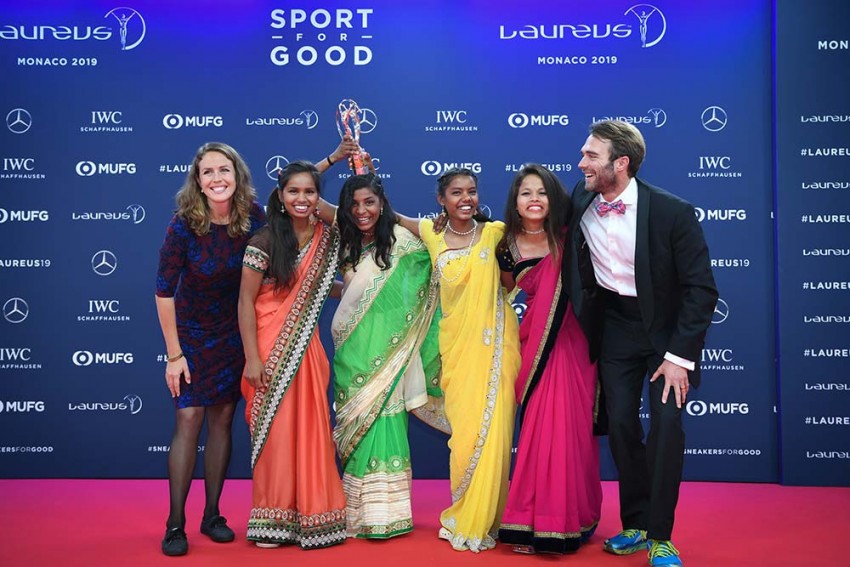 As the threat from coronavirus stalks the world, making the fight against it a truly global war, it has spawned malodorous, manmade offshoots—taboos and discrimination, all underpinned by suspicion and unreason.

A young American couple who were using football as a tool for social transformation in a remote village in Jharkhand was suddenly set upon by an unexpected ‘enemy’: a section of locals, crazed by COVID-19 fears, targeted them as ‘carriers’ of the deadly virus. Franz Gastler and Rose Thomson Gastler and their baby girl, gripped by fear, have taken refuge at a friend’s house in Ranchi and are waiting for the first flight to the US.

Gastler, who has been working as a teacher in the tribal hinterlands of India since 2007, founded the NGO Yuwa in 2009. In 2012, he was joined by Rose Thomson and in 2015, the duo established the Yuwa School, a unique institution that uses soccer to empower young girls who lead terribly marginalised lives in their vilages. 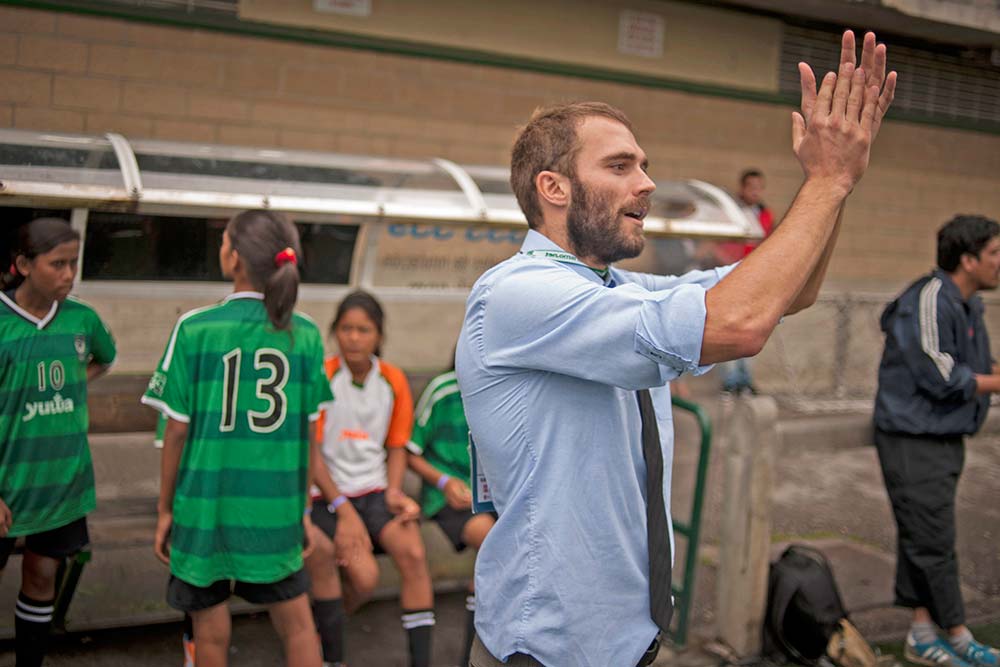 The founders of Yuwa, which directly influences the lives of 520 girls and 60 boys in the age group of six to 20, are now staring at an uncertain future. Towards the end of March, the couple and their kid escaped a possible attack from a village mob that wanted them out of Ormanjhi. Fortunately, given the goodwill Gastler has won over the years, some girls, all day-scholars at Yuwa school, passed on the ‘inside information’ of an impending attack.

“The SSP of Ranchi was extremely helpful and the local police escorted us from the village to a friend’s place in Ranchi. We’ve been threatened before but this time there was so much panic that we felt it could turn bad fast. Especially with our daughter now, we were really scared,” said Gastler, who returned to Ranchi from a trip to the US on January 9, much before the COVID-19 cases were detected in India and America.

“Football has made us strong; we can beat boys in studies too,” says Chhanda.

Two years after Franz and Rose married in 2017, Yuwa’s work was acknowledged by the Laureus Sports For Good Foundation. The NGO put Ormanjhi, an obscure village about 20 kilometres from Ranchi, on the international map, when it was awarded the Laureus Sports For Good Award in Monaco in 2019. Thirty-eight-year-old Gastler and Rose, 30, who now have a seven-month-old daughter Liona, went up on stage along with four girl ‘coaches’ to receive the award from former Arsenal manager Arsene Wenger and five-time Olympic swimming champion from the US, Missy Franklin. Yuwa was sel­ected from among 160 projects by the Laureus academy that has sports and Olympic legends Edwin Moses, Mark Spitz, Nadia Comaneci and Monica Seles among others as members.

According to UNICEF data, over half of Indian child brides live in Uttar Pradesh, Bihar, West Bengal, Maharashtra and Madhya Pradesh. UP is home to the largest population of child brides—36 million. Jharkhand, carved out of Bihar in November 2000, has seven million, but with a significantly higher female vulnerability ratio. Bihar has 22 million.

The Yuwa programme stepped into this quagmire of backwardness, superstition and grinding poverty. In a state with some of the highest rates of female illiteracy, child marriage and human trafficking, Yuwa has made a telling impact by using football to reduce grinding poverty, endemic domestic vio­lence and an acute lack of opportunity. Where six of 10 girls drop out of school, Yuwa off­ers lessons taught by highly qualified teachers, empowering students to dec­ide their own futures.

In a clear indicator of confidence, self-worth and changing perceptions of ambition, Chhanda, a 17-year-old from Hutup village, who is preparing for her pre-Board examination (under the National Institute of Open Schooling) said she was happy to answer questions in English when approached by this reporter. “Football has made us strong. Now the boys can’t tease us because we can give it back to them very easily, both in a match or studies,” she laughs. 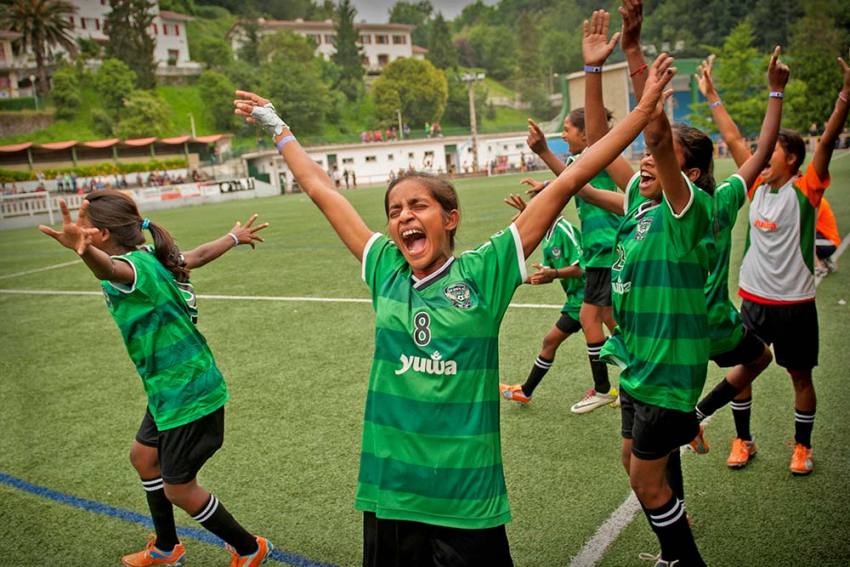 Set in a context where males and females seldom leave their villages, let alone their state, over 30 Yuwa girls have spoken at universities, TED events and conferences, and travelled across India and abroad. And, critically, in a society where 60 per cent of girls are married off as children, no Yuwa girl has been coerced into child marriage, says a study. Laudable as these achievements are, they also invoke the ire of conservative, reactionary apologists of ‘tradition’, something that’s certainly at the root of the Gastners’ recent ordeal.

Yuwa relies on a simple strategy to extend its reach. It estimates that each youth who participates in a Yuwa team interacts closely with at least nine people (immediate family members, neighbours, classmates) who are not a part of Yuwa. Thus, effectively, there are over 5,200 indirect beneficiaries. Using their own lives as examples, girls in Yuwa inspire many others to reconsider and challenge the old boundaries earmarked for girls and women.

A senior official of the Jharkhand government says: “After 6 pm, villages in Jharkhand are taken over by drunken men who treat women shabbily. Sexual violence is common. The government can’t do anything about it. Given the work Yuwa has done in a difficult territory, Franz has found little recognition than he actually deserves.”

“Some men bear grudges as the girls earn well,” says Gastler about a possible attack.

In August 2013, Jharkhand CM Hemant Soren announced cash awards for under-14 girl footballers from Yuwa who shone during a three-week tour of Spain. The girls came third among 10 teams in the Gasteiz Cup, and reached the quarterfinals, from among 36 teams, in the Donosti Cup, Spain’s biggest football tournament. Soren also promised to build a stadium within six months at Dhanumojha village, close to where the girls practised. More importantly, his government initiated action against the Hutup panchayat sewak Deepak Sahu for misbehaving with the girls when they approached him for birth certificates needed to apply for passports.

“We have been branded human traffickers. Given the number of times our girls have travelled abroad and returned home with accolades, we would perhaps be the dumbest traffickers in the world. There is a lot of jealousy and some men bear grudges because the girls are doing well and putting food on the table,” Gastler says.

“We couldn’t have been virus carriers. We had two other teachers from the US who had left two weeks ago. Given the incidents before, we had a decently good risk-tolerance limit, but given the pandemic, we will not be able to handle mob violence,” says Gastler, who is waiting to get back to Minnesota in a special flight arranged by the US for its citizens.

UNICEF statistics reveal that compared to the past decade, progress needs to be four times faster to eliminate child marriage by 2030. Yuwa has played its small part in correcting this social evil. The Gastlers are keen to return to Ormanjhi as soon as the dust settles down over this shameful episode. For now, they are worried about the Yuwa girls whose safety is at risk if the virus pays a visit to Ormanjhi.